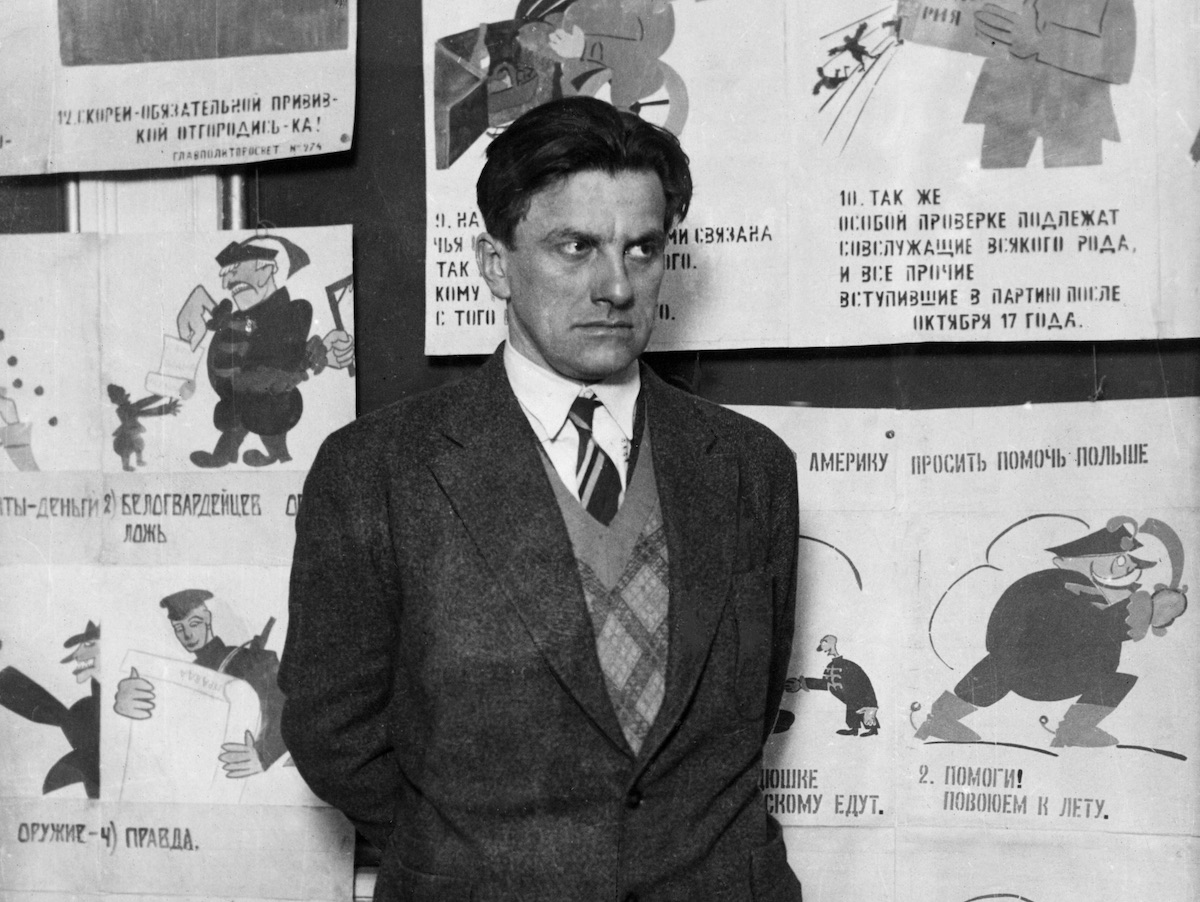 Throughout the 20th century, it was not uncommon for prominent American cultural figures to visit the Soviet Union. WEB du Bois, Langston Hughes, John Reed and Angela Davis all explored the vast socialist country with anticipation and an open mind. The same goes for Russians who, despite the Cold War, are often fascinated by the dynamism of the United States.

One such figure was the revolutionary poet Vladimir Mayakovsky, who visited the United States in 1925. Although nearly a century ago, his insights offer a unique perspective on the character of a nation. seen from an outsider’s point of view. Born in rural Georgia in 1893, Mayakovsky was a young man when he came to America. Founder of Russian Futurism – a cultural movement that rejected premodern notions of art and embraced the turbulent pace of modernity – his travels to the United States, the most modern nation in the world, between May and October 1925 had both artistic and political significance. .

In the New World, he recited verse to working-class audiences and lectured on proletarian aesthetics, combating feelings of homesickness and disgust at the political backwardness of American capitalism. These were decidedly unromantic times. Vladimir Lenin died the year before the poet arrived in the United States, and Russia was still marked by the horrors of the civil war.

For Mayakovsky, there was little separation between poetry and politics. Reflecting on his own bohemianism, he writes: “It is my great problem: to burn all my bohemian past, to climb to the heights of the Revolution. In the United States, he never turned down the opportunity to chat with other avant-garde artists in cafes, even though language barriers between him and his fellow students made communication difficult. On one occasion, while addressing an audience, he told his intermediary to “translate this for them. . . tell them that, if only they knew Russian, I could, without even a stain on their dicky shirt, nail them with my tongue to the crosses of their own braces, I could twirl their whole verminous collection around the skewer of my language.” His friend and fellow futurist David Burliuk paraphrased, “My great friend Vladimir Vladimirovich would like another cup of tea.”

Not much happened during the American trip that wasn’t transmuted into verse. Of the Brooklyn Bridge, he wrote, “I’m proud of this mile of steel, it’s where my visions can arise”; the Atlantic Ocean: “The waves are masters of agitation: they can splash your childhood; or – the voice of your lover. There is something refreshing and unsettling about seeing the familiar images of one’s own country cast in a new light and described with such wholesome precision.

The early 20th century was a time of political mobilization and activism. The Socialist Party of America, the World Workers’ International, and the Communist Party of America were all founded in the first two decades of the century.

Communists and socialists were as prevalent in popular culture as they were in politics. They were on radio (Paul Robeson, Woody Guthrie, Sis Cunningham), in movies (Charlie Chaplin, Orson Welles, Dalton Trumbo), in books (Langston Hughes, Richard Wright, Arthur Miller), in galleries (Pablo Picasso, Frida Kahlo, Alice Neel), and everywhere in the daily newspapers and magazines, of which the communist and socialist parties were numerous.

A train from Chicago to New York takes thirty-two hours, another twenty-four and a third twenty. They are all called the same thing – express.

Mayakovsky, like his communist comrades in the United States, saw through the spectacle of the Roaring Twenties. With comic literal wit, he was always quick to point out how capitalist exploitation underpinned the entire system Economic and Social. On one occasion, he observed that certain aspects of female beauty were heartlessly driven by the grip of market forces – whether one prefers short or long hair depends entirely on the degree of influence of pin-makers in hair (on the side of long hair) and hairdressers (fully invested in the bob).

Mayakovsky’s “discovery of America” ​​is often associated with his long and adventurous stay in New York, where he wrote the famous Brooklyn Bridge poem, met legendary American communist writers like Mike Gold, and had a love affair that led to the birth of a secret daughter.

But he also traveled west, taking the so-called express train to Pittsburgh, Cleveland, Detroit and that great Midwestern beacon, Chicago. Showing his characteristic wit, Mayakovsky wryly remarked that “a train from Chicago to New York takes thirty-two hours, another takes twenty-four, and a third takes twenty. They are all called the same thing – express.

The Midwest, sliding out the train window, was, for him, where “the real American cities began”. “There was a flash from the American Volga – the Mississippi; I was surprised by the Saint-Louis station. He admired these landscapes of immensity, breadth, its nuances, its varied geographies, the industrial landscapes of the automotive core of Detroit, the factories of Chicago – the radiant and irremediable Midwest.

Mayakovsky had already developed a romantic attachment to the heartland of America long before crossing the Atlantic. In his narrative poem “150,000,000,” he describes Chicago in 1920 as

The world,
from fragments of light
bringing together a quintet,
endowed [America] with magic power —
a city stands there
on a single spiral —
everything is electro-dynamo-mechanical.

What drew the poet to the city was its unabashed combination of urbanism and industrialization. “Chicago is not ashamed of its factories,” he proclaimed. “He doesn’t regulate them on the periphery. There can be no survival without bread, and McCormick [a mechanical reaper manufacturer] exposes its factories of agricultural machinery more centrally, even more haughtily, than any Paris can do its Notre-Dame.

Detroit was that familiar city to all around the world: the center of the auto industry, between Chicago and Cleveland, here you would find factories for Packard, Cadillac and Dodge, but above all those names was Ford, and more important again Fordism. Mayakovsky maintained a nuanced perspective on the potential of the new capitalist system of management: it would be beneficial for a socialist government to implement some of these new forms of organization, he believed, but that alone would not be enough. Fordism, he insisted, could not be “transposed, without any change, to the socialist system.”

In downtown Cleveland, he spoke at the Carpenters’ Union Hall, where, according to the daily worker, he gave a “proletarian cultural lecture” for “all Russian-speaking workers”. He appreciated this charm of the Midwest, criticizing the density of Manhattan while finding there “a poetic inspiration [from] a twenty-story hotel in Cleveland or whatever, where people say, “Hey, this building is getting in our way.”

The Midwest of 1925 was, in many ways, radically different from today. Once the workshop of American capitalism, the Great Lakes megaregion has since shed much of its industry due to growing international competition. Yet despite this, there is something charming and moving about Mayakovsky’s portrayal of the region. It remains true that understanding the distinct circumstances and precise class relations within America today is a prerequisite for enacting political change. Almost a hundred years later, Mayakovsky still offers lessons to follow.

The Reality of the Monkeypox Vaccine – The GW Hatchet