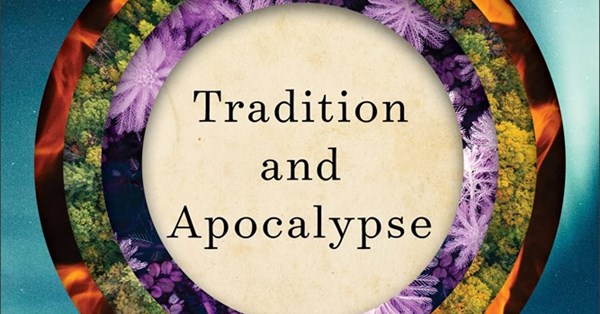 THE Preface to the Declaration of Assent addressed to those about to be licensed to minister in Anglican churches speaks of “the faith which the Church is called to proclaim anew in every generation”. Implicit in this statement is a recognition that the Christian faith or, at least, the way it is articulated will always be to some degree new and contextualized. Whether to say the same thing in a new way or to say a new thing is a question that is at the heart of debates on Tradition and the development of Christian doctrine and practice.

Certainly, those to whom we proclaim the faith have the right to know how closely our teaching is linked to the inherited deposit of faith. But if that faith is to be proclaimed anew in every generation, then they too have a right to expect it to resonate with the times in which we and they find ourselves.

It is ironic that the most familiar and influential account of Tradition as a central concept in the development of Christianity has barely developed since it was promoted by John Henry Newman nearly 200 years ago. Thus, in this short essay, David Bentley Hart dissects in detail the arguments of Newman, but also those of Maurice Blondel, who takes up the question at the beginning of the 20th century. Hart does not deny the importance of continuity with the past, but he painstakingly exposes the flaws in these arguments and the dangers to which they expose Christianity as a coherent and credible faith for today and tomorrow.

Although with regard to certain doctrinal matters, for example deification, and key events in church history, such as the Reformation and Counter-Reformation, Hart is clearly an Eastern Orthodox theologian, he is effusive in his admiration for the way in which Newman and Blondel have done We do not hesitate to tackle head-on the problems of Tradition and development when traditional theology had ignored them for so long.

Hart offers Christianity a way out of an embarrassing sense of its history, full of often conflicting beliefs, and a current global cacophony of competing doctrinal commitments. Who was right or wrong, and by what criteria can one make a judgment: loyalty to inaugural historical events, adherence to an inspired text, compatibility with evolving worldviews, endorsement by recognized theological authorities?

All of this, he argues, can only be partial and provisional, being but stages on a trajectory toward the final apocalyptic consummation of all that was, is, and is to come in the Kingdom of God. Christian tradition and doctrinal development are not backward-looking but forward-looking, and should be evaluated not as they preserve the past, but as they anticipate the transformation of all things into God.

The final chapter deals with the practical difference this makes to the way we live out our faith, and Hart is quick to denounce the arrogance, intolerance and intransigence associated with dogmatic, historicist and fideist appeals to Tradition. which he criticizes as theologically incoherent. .

Elegant, passionate, honest writing and an invincible commitment to adventurous faith combine to promote Christianity as “a limitless excess of meaning that is beyond the reach of any formulation of faith.” . . It is the horizon of a truly transcendental object of desire, the divine plenitude which, in its infinite simplicity, is hospitable to limitless expressions, but reducible to none.

The Rt Revd Dr John Saxbee is a former Bishop of Lincoln.