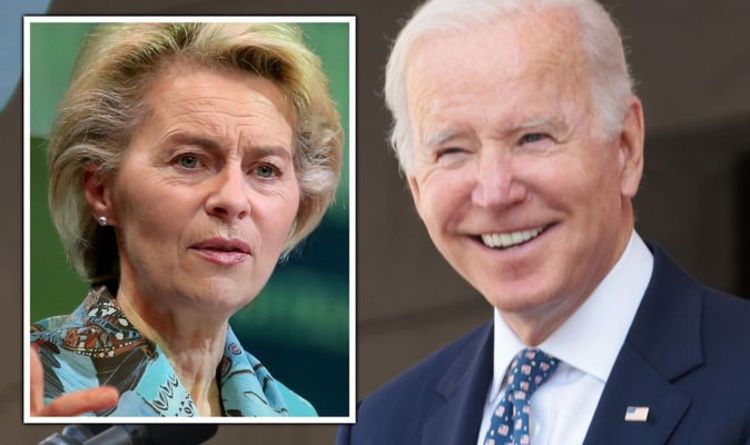 This could mean that due to the proposed conditions for Horizon Europe grants, Britain may be able to join the program even if it triggers Article 16 today. The UK had been excluded from the EU’s Â£ 80 billion research and development (R&D) project after tensions over Brexit fishing disputes and the Northern Ireland Protocol reached their boiling point.

And now, as Brexit Minister Lord Frost and European Commission Vice-President Maros Sefcovic still fail to come to an agreement in talks, today marks the day when the government can trigger Article 16 of the Northern Ireland Protocol.

Lord Frost has said he wants Northern Ireland to be treated as part of the UK and therefore remove the role of the European Court of Justice (ECJ), but if the EU does not, the article 16 could be triggered.

While Mr Sefcovic warned the move could have “serious consequences”, Britain could still be part of Horizon Europe.

The Brexit Minister has previously demanded that the UK urgently be included in the Â£ 80bn project if it wishes to receive a share of the UK’s Â£ 15bn contribution to three science projects, including Horizon Europe.

He also pointed out in a speech to the House of Lords that Britain had not violated any clause of the Trade and Cooperation Agreement (ACT) as part of the Brexit deal, an agreement which included UK participation in Horizon Europe.

But with the United States’ renewed commitment to more transatlantic R&D cooperation by joining Horizon Europe, the United Kingdom could also regain its place in the project.

It comes after the European Commission quietly released draft terms for its Horizon Europe grants that allow non-European researchers to be part of the project.

He told the House of Lords: â€œIt is neither in our interest nor in the interest of the EU to get there and the best way forward is for the EU to finalize our participation instead. [in Horizon Europe] emergency.”

But it appears that Lord Frost and Business Secretary Kwasi Kwarteng are setting up a “discovery fund” to compete with Horizon Europe.

This involves plans for a 2022 start date target for national schemes that would be funded by money that would otherwise have been involved in EU programs.

But Lord Frost is still adamant that the EU should let the UK join us.
He said: “We have agreed that we will participate in this in the ATT and we have agreed to pay a contribution of Â£ 15bn over seven years.

“The ATT is clear, the UK will participate and the relevant protocol will be adopted … it is an obligation.

“If it becomes clear that the EU will not comply with this obligation – and it has so far not done so – we will consider them a violation of Article 710 ATT.”