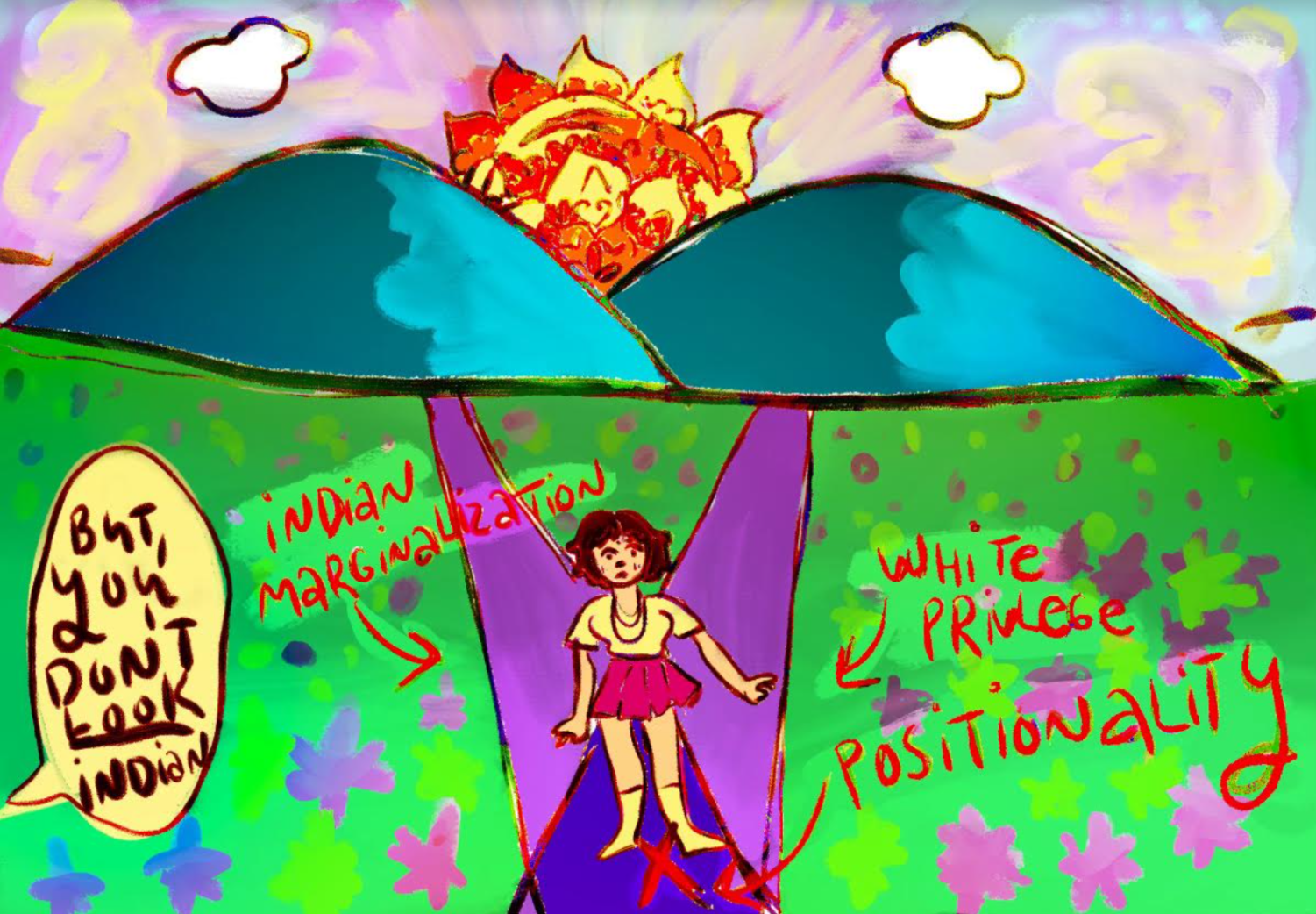 As a student of cultural anthropology, I tend to analyze and abstract aspects of my own identity to better understand both my field and my place in the world.

I became particularly mindful of the language I use to describe my experiences when I had a miscommunication with a well-meaning white friend, who asked me, “Why are you so invested in being at half indian? You certainly don’t look Indian! Aren’t you mostly white? »

It gave me cringe-worthy flashbacks of the Tumblr user accusing me of cultural appropriation for wearing mehndi (henna) and then accusing me of being a “white bitch faking my ethnicity for the sake of it.” ‘Tumblr influence’ when I insisted that I was with my Indian family when I did the henna.

My mother is Punjabi and my father is white Appalachian with Scottish and Irish ancestry. Even they were surprised when my father’s genes took over my phenotype – after receiving a bright red newborn, my mother wondered, “Whose white baby is this?!?”

For one thing, being half desi definitely influenced my experience.

I am frequently micro-assaulted, especially in my hometown of Spanish Fort, Alabama. For three years, I went to a suspiciously “selective” private school, where the cultural pride my mother had instilled in me backfired in the form of racial bullying.

“Your mother should never have come to this country!” was a particularly memorable quote.

Also, I have a lot of interaction with this aspect of my culture. I am incredibly grateful that I was able to visit my family in India most of my childhood summers. Despite the fact that I was considered a stranger/outsider (well-meaning selfie requests were common).

It was so rewarding to learn about the rich ancient heritage from which my family came. I practice an eclectic spiritual practice strongly influenced by Hinduism and Buddhism. I want to focus my studies on South Asian religious practice and dynamics – and I frequently use South Asian imagery, such as mandalas, in my art which I sell as a side business. I feel bad for saying it’s not an important part of my life and how I see myself.

On the other hand, it would be dishonest to minimize my privilege. I usually pass for white, although with a summer tan, I also often pass for mestiza Latina to others.

I walk around the world being perceived as a white person at first glance. I grew up seeing how differently my mother was treated with me.

We were asked if she was my nanny sometimes; airport security assumed she was smuggling me, and once she was harassed by a policeman because she “looked undocumented”.

When I was about 9 years old, I ran into my mother sobbing as the news was on TV. A gurdwaraa Sikh place of worship, was attacked by a veteran.

“We have so many Sikh friends…” my mother muttered to herself. “Muslim too, and they don’t care about the difference.” I had to realize at a young age that because we looked different, I was inherently safer than my own mother.

So how should I describe myself? Am I really functionally white? Is “people of color passing white” an oxymoron?

I return to my studies — Kirin Narayana white/South Asian anthropologist, argues that in the field, whether or not one is a “native, outsider or Halfie“, all Western-trained anthropologists would be considered foreigners due to other intersecting identities.

We are all at the intersection of so many social dynamics: class, race, gender, sexuality, etc. all influence the way we live. In anthropology, the point where we stand, in the midst of all our intersecting identities, is our positionality.

Ultimately, the reason there isn’t much language to explain mixed experience is that our very existence upends the constructed racial taxonomy.

I don’t consider myself particularly oppressed, especially in relation to BIPOC. But, I think all mixed-race people feel a sense of isolation – it’s hard to understand that you don’t fit into a box that everyone else is supposed to fit into. At the same time, there’s something to be said for the beauty of mixed identity – all it takes is two people to fall in love and have a baby for the construct to begin to crumble.

Métis people have multiple cultures on which to build their identity. I’m not just Indian. I’m not just from Appalachia. I’m both and it’s pretty cool.

Preparing to Return – The Poetry of Hai Hac Phan