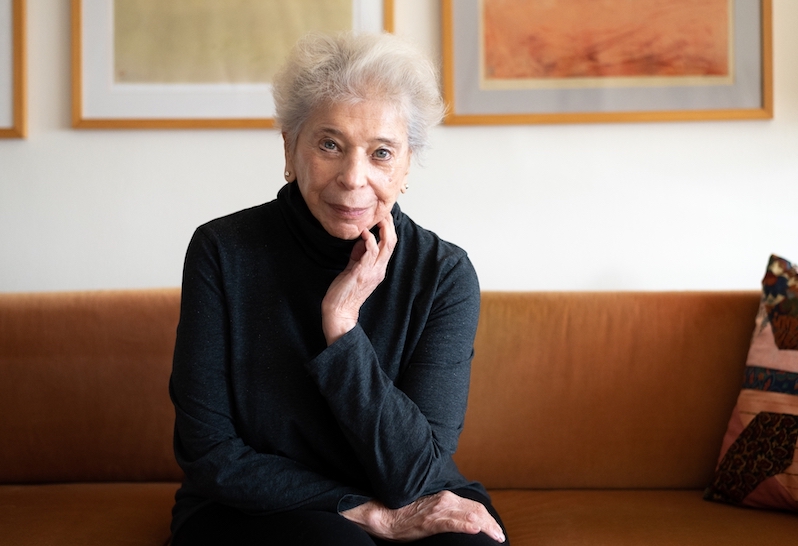 Compulsory reading for essayists: “The situation and the story” by Vivian Gornick

As a frequent participant in writing workshops, a volunteer reader for two literary journals, and a creative aspiring writer myself, I have had many reasons to think about the qualities that make a personal essay boring and lifeless, and a other comes to life and feels essential.

Vivian Gornick’s slender masterpiece from a craft book, “The Situation and History,” which was assigned to me in writing school, helped me clarify the distinction. The first step in an essayist’s job, she says, is finding the right voice. To find the right voice, the non-fiction writer must decide “Who am I?” For the purpose of this particular writing, create a new “me” which is “me” plus someone more than “me.”

Among the different selves that we could adopt – parent, employee, daughter, citizen, partner, friend – the only self that belongs to the current story is the one that crosses the subject. It’s more difficult and less intuitive than it looks. Sheela, the outraged citizen or anxious parent, as well as Sheela, the complacent language teacher, is usually inclined to step in when, say, Sheela, the idealistic Peace Corps volunteer, is called upon.

An example of what a rigorous self-stripping looks like is Joan Didion’s short classic â€œIn Bed,â€ which concerns the writer as suffering from a migraine. In just 1,436 determined words, she takes us through every angle of her 360 degree migraine experience until, coming to the last line, we feel like we’ve just come out of an episode on our own. of disease.

“The physiological error called migraine is, in short, central to the fact of my life,” Didion explains straight away. For my first subject in writing school, I chose an exotic incident from my stay in a village in the Highlands of Papua New Guinea, although it was not at the center of my life. In fact, it didn’t even impress me much. But I wrote an essay about it and shared it with my classmates and teachers, because I assumed his exoticism – the unusual where, what, and who – would turn it into a good story and I into it. a good storyteller.

Exoticism # 1: Or. I mean, come on. Have you ever heard of a story that takes place in Papua New Guinea?

# 2: What. How often is a woman warned in advance that she may or may not be raped?

# 3: who. The man who warned me? He wasn’t just a nameless guy. He was a politician running for national office. (He didn’t follow through on his threat; he was drunk and may have passed out.)

With such an unusual raw material, my job would surely be to just document the details and then wait for everyone’s reaction to wonder. Other than a few half-hearted â€œYikesâ€, my classmates’ main reaction to the story was indifference. After treating my wounds, I came across a quote from Italo Calvino: â€œAn exotic birthplace in and of itself is nothing informative. I also realized that a story whose existence depends on an exotic birthplace risks turning out to be nothing more than a sleight of hand, an anecdote.

There’s nothing wrong with trivia, but that’s not what I was aiming for, even then. I want my stories to sink into my readers and stay there. A courageous and observant writer needs to look no further than his apartment terrarium (The Courage of Turtles by Edward Hoagland), the garage of his childhood (â€œUnder the Influenceâ€ by Scott Russell Sanders) or the face of his father (“James Baldwin’s Notes of a Native Son”) to break your heart. These essays are not shore-based accounts of what happened long ago in the water ; these are reports from the depths, or at least that is what the writer has us believe.

I learned to stop choosing the greatest adventures of my life in the hopes of connecting with people. My time is best spent on the opposite activity, turning inward and tune in to my obsessions. (Another quote I like, from Howard Thurman, tells us, “Don’t ask for what the world needs. Ask for what sustains you, and go for it. Because what the world needs is people who have come alive. â€)

Once you have found the subject that animates you, you come back to this first question: who am I in relation to this experience? By answering this, you will have found your persona, your midwife, your surrogate mother. Now your job is, as Gornick puts it, to “transform low-level self-interest into the kind of detached empathy required from writing that is to be of use to the disinterested reader.”

Detached empathy might sound like a contradiction in terms, but it is absolutely right. I can feel it in myself when a try goes well. I can feel in the songs that I come back to again and again. Another essay that Gornick cites extensively is George Orwell’s “Shooting an Elephant”, taken from his days as a Burma policeman in the 1920s. Although he admits a contradiction of feelings – he hates the British Empire, and both sympathizes and hates the Burmese – he writes with irrefutable candor and clarity. Even more remarkable is what â€œShooting An Elephantâ€ goes without. In life, Orwell, as Gornick describes it, “might act and look ugly.” I once read a description of him as both anti-elitist and extraordinarily snobbish. But in the essay, there is no smell of these lower emotions. There is no superiority, bitterness or bias. His character, here and more particularly elsewhere, is only an “involuntary orator of the truth”.

When I write with emotional momentum and a piece comes forward on its own, I feel like I live both inside and outside of my feelings. As I tap into this increasingly familiar personality – sincere, seeking – who is both me and also greater than me, I feel free from the boring burden of the ego. I channel a community â€œweâ€ rather than a selfish â€œIâ€.

Whether you’re looking to dive into reading or gift a book, here’s our list of 21 important books released in 2021. | Literature