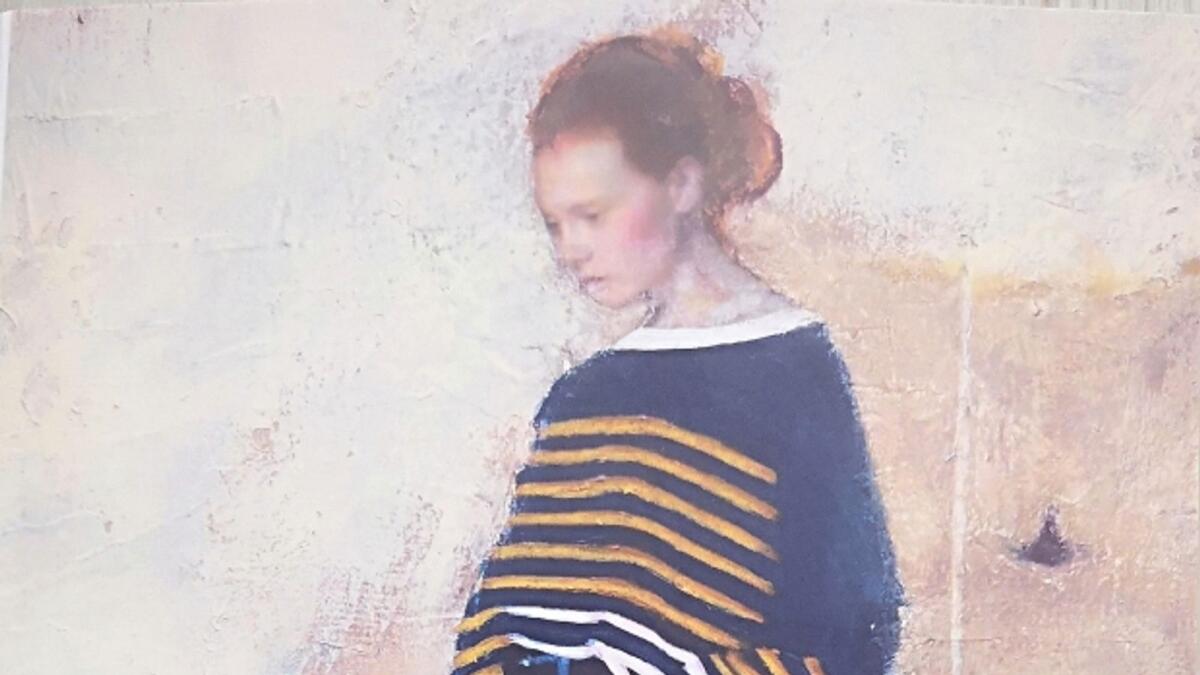 “Disturbing, mythical and surreal”: new collection of poetry by Eleanor

‘Of Ocher and Ash’ is Dedalus Press’s third collection of the award-winning poet’s works which will be in bookstores from October 8.

Poet EilÃ©an NÃ­ ChuilleanÃ¡in writes that the collection is full of “urgent and haunted poems”, but this is not surprising because Eleanor and the rest of us have spent the last eighteen months turning our world upside down with a pandemic. .

In a poem, “All my imperfections”, during a walk in a wood, a stone is placed in her mouth by a Cailleach whom she meets “who laughs when I object”.

Meeting this old witch, Eleanor says, is a metaphor for dealing with what we have all had to face since the arrival of Covid-19.

â€œI think during the pandemic we all had to come face to face in the mirror with who we are and our own mortality,â€ she says.

The Scottish poet John Glenday writes that the world described by Eleanor in his latest collection is “by turns disturbing, mythical and surreal, but ultimately so exquisite and asserting that it can only be our own.”

The poet’s maternal grandmother, who like Eleanor hails from around Tipperary Town, appears in a number of poems.

â€œThrough the Ears of a Fishâ€ remembers her grandmother comparing her face to that of a fish and refusing to look at herself in the mirror as she struggled to enter old age.

â€œAll my life, I’ve loved her,â€ Eleanor says. “I would sit in her room chatting with her and she never looked at herself in the mirror. She would say ‘that witch’. I knew she was talking about her reflection in the mirror, which shocked her because at the time. inside she still felt like a young woman. So the poem is about saying ‘you are strong, you are able, and don’t worry, go ahead.’ “

Another poem, “One Less Thing to Fear”, was inspired by her grandmother’s love for prunes. â€œWhen I was a kid I was like ‘What are these things that were on grandma’s yellow saucer in the back kitchen?’ I hated his prunes because they looked like slugs and always expected them to move.

“But the poem is about honoring and remembering the things she told me. She was a phenomenal woman, five feet tall, but she was full of fire in her belly and a true feminist at one time. where I would say it was difficult to be a feminist in Ireland. “

Listening to human intuition inspired the short poem “Memento Mori”, where the grandmother again appears long after her death, her voice still speaking through the sleeve of one of her old coats that Eleanor inherited. “Keep an eye on the weather, my dear, you have to beware of the unusual,” warns grandma, who has come from another world.

The feelings of the poem remind Eleanor of the day her husband Peter said there was something strange about a particular windy day, only for the two of them to find out that a tree had fallen. shot in their avenue just a minute after Peter had passed that same spot bringing the trash to the door.

Eleanor, who has worked as a clinical nurse tutor in critical care, knows the power of intuition. â€œI would always tell my students to be careful and never ignore those little words in your head that tell you to be careful and slow down. That voice is telling you something. I would say, listen to those instincts whatever they are. , wherever they come from. “

Other powerful poems are also presented, inspired by his working time in intensive care, and which vividly translate the delicate bridge between life and death.

â€œDeliveryâ€ is a poem dedicated to women incarcerated in Magdalene laundries which stems from Eleanor’s experiences during her midwifery training in a Dublin hospital many years ago. â€œThis poem,â€ she says, â€œwas inspired by the terrible cruelties inflicted on women because they are women and because they are pregnant out of wedlock. It wasn’t very Christian, it was therefore an angry poem about injustices done to women, and are always inflicted on these women because their testimonies [from their time in the laundries and mother and baby homes] are not honored. “

Living at Hazel Point on the shores of Lough Derg, the collection will interest locals for the magical way it integrates the lake and surrounding countryside into the collection.

But don’t expect sweet poetry – it’s not the kind of verse that won this poet the Markievicz Award earlier this year, or why several of his poems have been highly recommended at events in writers and have been published and translated in journals and anthologies around the world. .

“I remember getting an email from a male poet saying that if I wrote ‘cooler’ poems I would go further,” Eleanor says.

â€œThere was a time when I started to write what I thought were ‘beautiful’ poems and my editor called me up and he said ‘what’s going on Eleanor? Â», Your poems are not you. there I’m just going to write what I write and even if it’s dark it’s okay. “

Irish poet, EilÃ©an NÃ­ ChuilleanÃ¡in – “The voice of Eleanor Hooker guides its reader through great metaphorical visions and the consolations of ordinary life. This is a collection full of urgent and haunted poems with a subtle range of approach; they are multifaceted works, reflecting the fragmented strangeness of the experience. We face Gothic moments, whose counterweight is the familiar, calm or stormy world of the lake she lives next to people whose lives are shared with his.

Scottish poet, John Glenday – “Eleanor Hooker’s poetry has a way of resonating with the reader as secret stories handed down from generation to generation. It’s a strange effect: the drift of these poems seems to have been with us even before which we begin to read and linger long after the book closes. They are both strangely familiar and incredibly new, and span the gamut of human experience: poems of illness and healing; journeys and journeys, poems of dead and unborn children; of storm and calm. described for us is by turns disturbing, mythical and surreal, but ultimately so exquisite and affirming that it can only be ours. “