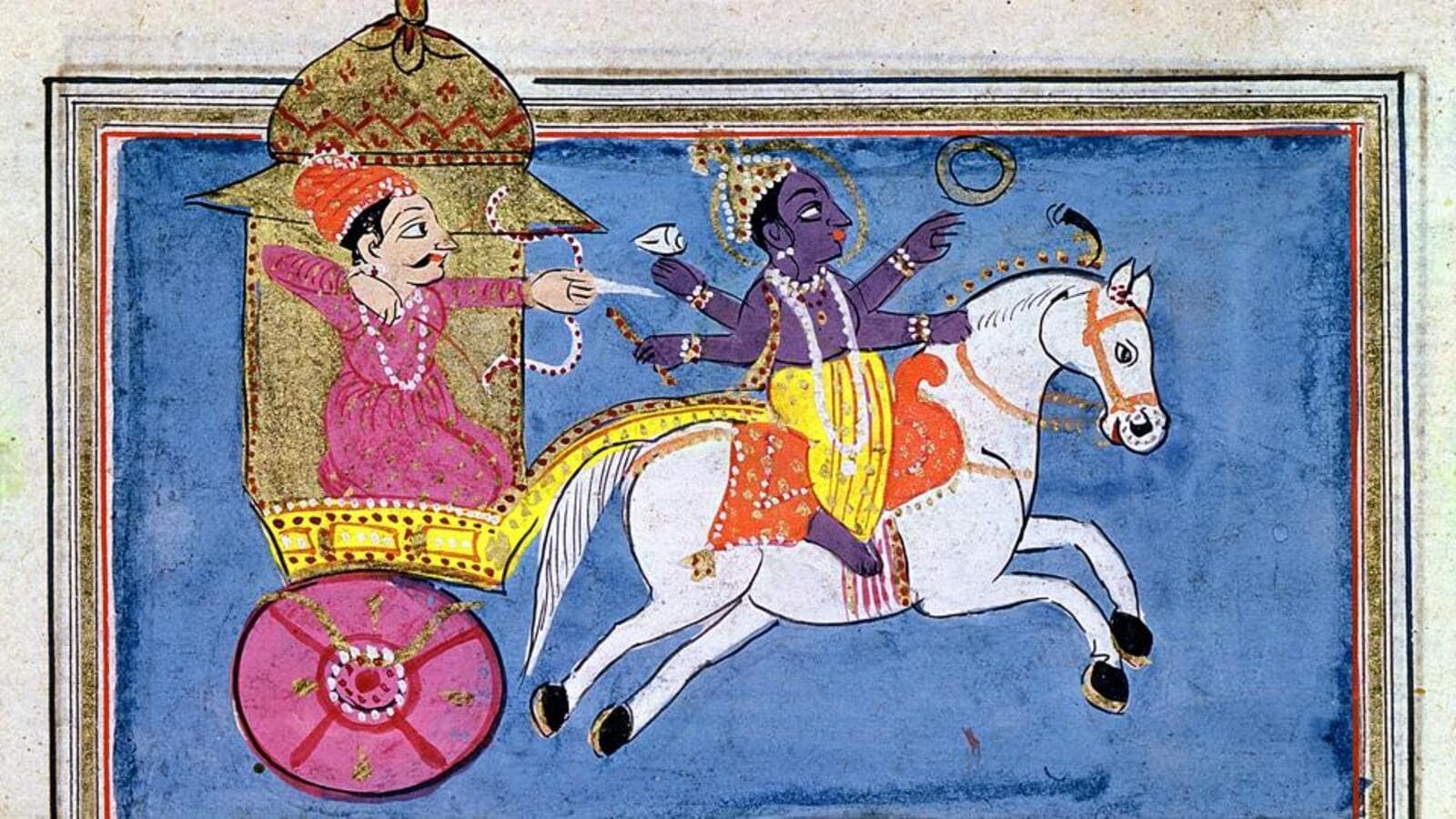 How should God be represented? What about the word of God? Without these two fundamental questions, neither religion nor literature would have come into existence.

The study of literature and language is the secular version of the classic human search for the meaning of God’s word. God is The Great Absent – a faithful scribe recorded His words on the Hilltop, but what do these words really mean? The attempt to read the scriptures gave rise to the field of hermeneutics – be it the Talmud, the Bible, the Quran, or the Vedas – a field which then lent its essential mechanism to secular literary or linguistic study. Don’t be fooled by the surface; the true meaning is always hidden. Over the centuries, God was replaced by the literary Symbol, and trying to make sense of them gave rise to entirely new disciplines. God or author, dead or immortal, earthly or divine?

So much for (women’s) men’s search for meaning, but do different religions inspire different types of narrative representation? In a famous book of literary criticism called Mimesis, Eric Auerbach explains to us the difference between what he considers to be the two fundamental modes of Western narrative realism – one coming from the Greek epic poet Homer, and the other from the Bible: the former is exteriorized, sensory, degressive, while the latter is more abstract and obscure, oriented towards a single goal. While the Homeric epics take erotic delight in the senses and lie and prevaricate as they feel, the biblical stories claim absolute and singular Truth. “The Bible’s claim to truth is not only far more urgent than Homer’s,” writes Auerbach, “it is tyrannical—it excludes all other claims.”

If Catholicism retains the sensory, Protestantism is intellectual and abstract. The Abrahamic religion that has the most rigorous sayings about representation is Islam.

Hindus become Islamic in their behavior when they dislike the playful depiction of their deities. Just as today’s Hindu nationalists become stern Victorian Christians when they attempt to limit the infinite range of human sexuality to the heteronormative. The limits of sensory representation of the Divine is an Abrahamic saying, particularly Islamic, and not Hindu in any way. Any attempt to standardize Hinduism goes against its plural, amorphous and expansive spirit. In the land where versions of the Ramayana range from applause for a Hanuman burning Lanka to mourning for the slain Ravana, nothing is more anti-Hindu or anti-Indian than the attempt to suppress a hundred – or 300 – Ramayanas.

Would Kali exist without this mythical and regional plurality? It is not enough to be a Hindu to have it. You have to be Bengali – and who better than an outspoken political leader? Does Kali eat meat, does he consume alcohol? Growing up as a Bengali Hindu in Calcutta, I’ve never seen her any other way. She’s married to a guy who meditates with marijuana in crematoriums. She drinks blood, for Shiva’s sake.

Probably the greatest devotee of Kali in modern Bengali memory is Shree Ramkrishna Paramhansa, the guru of Swami Vivekananda. Anyone who knows anything about the ways of worship of Kali of Ramkrishna knows of the richly ambivalent, even polyamorous relationship he had with the goddess – imagining her as mother, lover, daughter. Their interplay of love, pain, devotion and anger was as deeply sensory as it was spiritual. In the complex nature of his living relationship with Kali, he is one of the great Bhakti poets of Bengal – as evidenced by the earthy poetry of his gospel – the Kathamrita. Ramkrishna ate fish, poultry and mammals with great pleasure, as did the monks of the order established by his followers, the Ramkrishna Mission. I spent six years in an elite boarding school run by the order in Narendrapur, near Calcutta, and every week we looked forward to the chicken curry that was served to us, the teachers and the monks, for Friday dinner.

The great tradition of Bengali theater in Calcutta in the 19th century would have been nothing without one of Ramkrishna’s greatest devotees, Girish Ghosh, also a serious alcoholic. Ramkrishna never asked Ghosh to stop drinking (although Ghosh’s doctors certainly did). The mystic came to recognize an inevitable relationship between Ghosh’s literary creativity and his addiction to alcohol. Ramkrishna’s moral attitude towards alcoholism, a socially and politically sensitive subject for bhadralok Bengali, however, was derived from the culture of Kali worship, where alcohol and other substances often played instrumental roles. “Take Kali’s name before drinking,” Ramkrishna told Ghosh, “alcohol will become karon bari», naming the divine tantric elixir. A simple, chaste man with a childlike excitement for life’s simpler pleasures, Ramkrishna neither smoked nor drank himself. But it is well known that his famous disciple, Vivekananda, loved his hookah. It was the unconscious reluctance to share his hookah with someone of unknown caste that fueled his great social conscience, making him one of modern India’s greatest advocates of caste equality, a fact conveniently forgotten. by many who seek to recover a model of militancy. Hindu masculinity through the Bengali monk.

All of these swirls create the spiritual culture through which a regional Hindu goddess such as Kali must be understood. Shakti, indeed, takes innumerable and bewildering forms.

People who protest against the eclectic portrayal of Hindu deities introduce the rigor of Islam into the playfulness of Hinduism. But they don’t know that, do they?

Saikat Majumdar’s books include The Scent of God, The Firebird and The Middle Finger. @_saikatmajumdar. The opinions expressed in the article are personal.