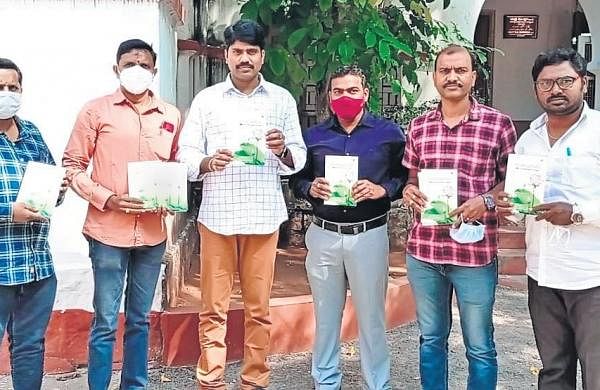 For this teacher, teaching English is pure poetry – The New Indian Express

NIZAMABAD: A public school teacher literally took the poetic route in his attempt to help his students improve their English skills. Such was the response that poems written by his students were compiled and published as a book called Blooming Birds.

This achievement not only inspires children from other schools, but has also sparked their interest in the language. P Chandrasekhar, who teaches English to students in grades VI to intermediate at Telangana State Model School and Nandipet Junior College, says it all started when he decided that his students should not only learn grammar and basic composition, but excel in their linguistics. skills so that they can compete with those in private schools.

He encouraged them to write short stories and poems, telling them that if they focused on literary pursuits it would help them improve their vocabulary, communication and creative skills.

In the 2018-19 academic year, students in Class IX showed interest in writing poetry in English; they wrote a number of free verse poems. Soon a number of them were published in national and international magazines. Seeing that they were very well received, 72 poems written by 24 students were selected and published in book form. Manthena Damodara Chary edited the book.

However, it was not released for sale due to Covid in the 2019-2020 and 2020-21 academic years but was recently released by MLC K Kavitha in Hyderabad and District Collector C Narayana Reddy in Nizamabad . A Delhi-based publisher published it.

Interestingly, while some of the students whose poems were selected for the book were selected for IIIT, others are now studying Intermediate and all are continuing their literary activity. Most of them belong to rural areas.

Chandrasekhar is the author of a book titled General Mains: English Language and Literature which is published by Telugu Academy. He also wrote a collection of poems called Exquisite Ecstasy. Its objective is to remove students’ hesitations about the language.

He is proud of his students who have participated in several poetry festivals in Hyderabad. “Several state-level organizations have held poetry competitions in Nizamabad and our students have won first and second prizes,” he said.