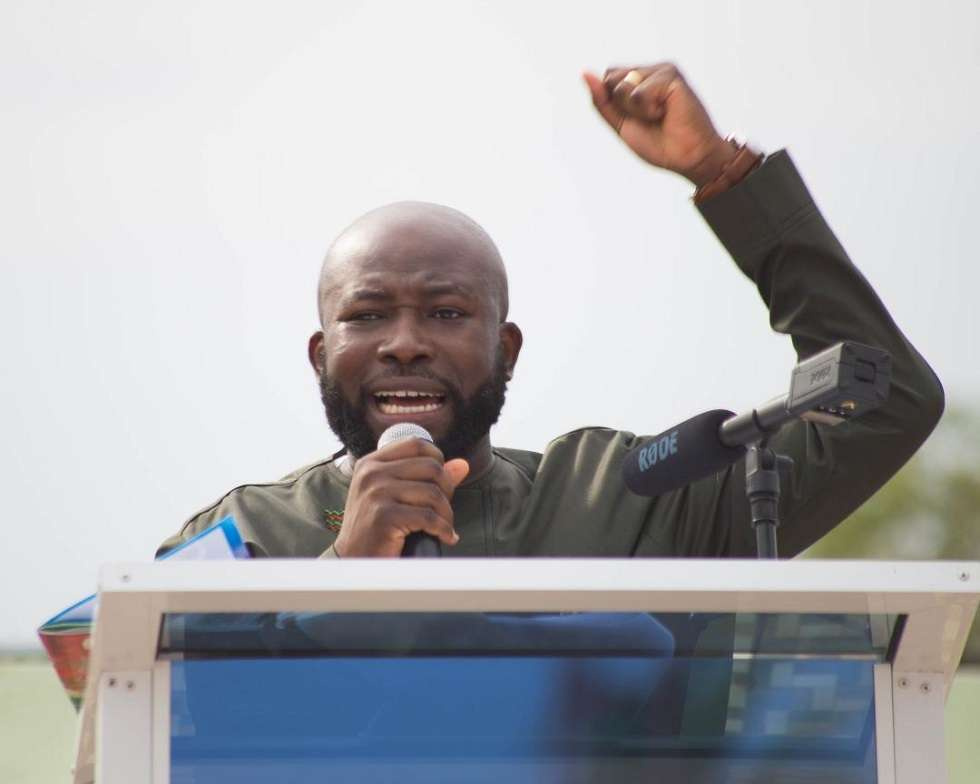 The Ghana Writers’ Association (GAW) should work towards establishing a Literature Development Fund to promote excellent works that shape society and market the rich identity of Ghanaians globally, Senyo Hosi said. , general manager of the Chamber of Bulk Oil Distributors.

“Books and literary critiques have always been the bedrock and foundation of our society – a leading tool for shaping, challenging the status quo and inspiring human action,” said Senyo Hosi, who made the recommendation.

Mr. Hosi, also a poet, gave the opening speech at the fifth GAW Literary Awards ceremony, held in Accra, where 28 people were recognized for their works, achievements and contributions. to literary development.

The theme of the anniversary is: “Honoring Literary Excellence”.

Mr Hosi said the Fund would also help writers leverage technology to market the talents of outstanding writers and contemporary artists globally at their true value, with the attendant benefits for the nation. .

He explained, “Legends like Jerry Hansen, ET Mensah, Amakye Dede, Awurama Badu, Kojo Antwi, Papa Yankson, Gyedu-Blay Ambuley, Koo Nimo, among others, have produced classic literary pieces in the form of music that should not be ignored.

“We see the same thing with certain contemporary musicians like Obrafour, Manifest, Sakordie and Kofi Kinaata.

“The depth of their works should be studied and celebrated because they also awaken the consciousness of humanity.”

He highlighted the failure to optimize contemporary technology and media, making Ghana less visible on the world stage.

He therefore urged GAW to set up an online publishing house, examining literary works, publishing them and liaising with various international platforms to promote Ghanaian literature.

The lower cost of online operations, he explained, provided a perfect opportunity for GAW to leverage its brand into a powerhouse, maximizing social media and generating visual and audiovisual skills and talents she nurtured.

“If young people have difficulty reading, then we have to make them watch and listen. Our story must be told, ”he stressed.

To promote excellence in the industry, he suggested that the GAW institute a quality mark, as does the “New York Times Bestseller” list, which should be accompanied by a thorough review of works to ensure quality.

He praised the growing number of Ghanaians writing and producing memoirs, however, saying this trend should be encouraged.

“We have been a country of oral history and as a result so much history, knowledge and depth has been lost to unregistered oral storytelling,” he noted.

“Writing memoirs as is evident today is a mark of hope…” We must do this even if it means encouraging ghost writing, as it will allow us to capture the precious and invaluable stories that many Ghanaians have and that can help shape the course and nature of our future. “

He quoted figures like Nana Awere Damoah, a chemist who makes advancements in the arts, as saying it was inspiring.

“The exploits of Aisha Haruna Atta and her contemporaries give us hope that one day we will once again influence the African and global literary space.”

He advised GAW to seek out old benchmarks of excellence to guide the course of future achievements.

He noted that in recent times, many writers have identified themselves as authors, saying it is important for GAW to develop systems to find talent and stem mediocrity.

“We urgently need to redefine who is a writer in a way that defines quality, and I see no better place to welcome this seal of authority and excellence than here at the Ghana Writers Association. . “

For his part, Mr. Kojo Mattah, former Managing Director of ARB Apex Bank, urged GAW to use the anniversary to reflect the state of the country and its citizens in reading and writing.

The outgoing president of the Chartered Institute of Marketing Ghana (CIMG), who was the guest of honor, said that in Ghana, as in other developing countries, the majority of citizens were apathetic to the reading.

He described the situation as a frightening sight among young people and students, saying: “These are the category of people who should regard reading as a very important life-building process.

“In schools, whether elementary, secondary or higher, students only read when there is an exam.

“This attitude stems from the fact that the relevance of reading itself has not been identified and therefore the intrinsic motivation for reading is a missing desire.”

Mr Mattah also expressed concern about the negative impact of social media on the spelling of young people.

“I wonder what will happen in the next five years if this trend continues. I will not be surprised if the examiners are unable to read and understand the exam scripts. “

Mr. Mattah therefore commended GAW for working with the Ghana Education Service and other stakeholders to stop the situation.

These include the opening of literacy clubs in high schools in all regions; and GAW Sunday, held monthly, which features poetry recitals, storytelling, book readings, spoken word and music.

Mr. Francis Gbormittah, President of GAW, paid tribute to the creators of the awards, saying the Association is committed to fostering literary creativity among writers.

The Association, he said, is also committed to protecting and promoting the interests of Ghanaian writers, fostering the development of good literature in Ghanaian and foreign languages, and encouraging the study, documentation and the preservation of oral traditions and cultural elements of the nation.

The recipients of this year’s eight non-competitive awards are Professor Awo Asiedu of the School of Performing Arts at the University of Ghana, Professor Esi Sutherland and Professor Edward Collins.

Ms. Doris Kuwornu, who chaired the 2021 Awards Committee, urged companies and the business community to support GAW’s work to be successful in the national interest.

Is the recent stock performance of Lam Research Corporation (NASDAQ: LRCX) related to its strong fundamentals?