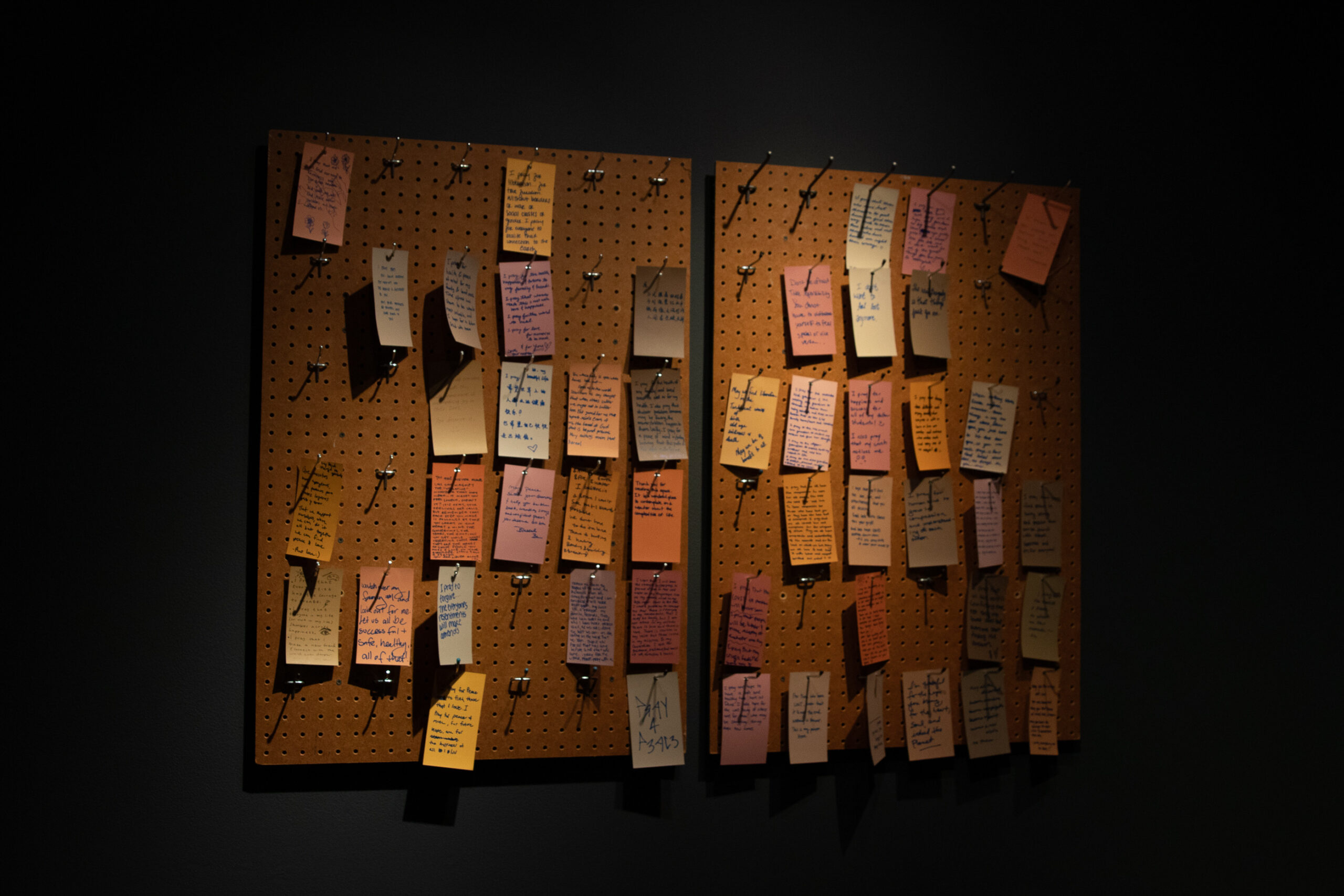 The outdoor exhibition has a clear message: together we heal

The aforementioned exhibition explored healing after coping with a loss and was inspired by the tragedies Savageau suffered both in the pandemic and in his personal life. This follow-up is meant to inspire the community to explore their emotions in the same way Savageau did, but through a different medium: poetry.

Everyone is invited to submit poetry relating (or very loosely related) to the themes of healing and loss presented in Savageau’s work. Submissions are accepted on the project websiteand the deadline has been extended to March 14.

Whelan said he was inspired to take on the project by the overwhelming feedback from the community, particularly regarding the interactive component of the initial exhibit (in which viewers were encouraged to write down any thoughts, prayers or comments that they could have had after reflecting on the work of Savageau).

“Ann and I started to focus on her writing as a way to really deal with her grief, but also as a way to build hope and resilience. I thought a good thing to do would be to make this opportunity available to everyone,” Whelan said. “I think it’s really great that we’re able to provide some sort of outlet right now – we’re inviting anyone to submit, in the language of their choice. .”

Poetry submissions are welcome in any prose – each submission will become part of the exhibit and will be displayed in the Arboretum. Whelan and his creative team, including students Iris Xie, Niloufar Abdolmaleki and Julia Dang, who are helping with both outreach as well as other creative aspects of the installation, will carve the poems into slate pieces from 24 × 12 inches and arrange them in a spiral. staircase formation. The exhibit is expected to be installed around March 18, 2022.

“We chose the Arboretum because there’s a lot of foot traffic…and there’s something about nature that fits well with poetry,” Whelan said.

The creative team chose the medium of stone because they “wanted a sense of permanence” and were partly inspired by the Scottish Art Exhibition “Little Sparta.” They also plan to return the stone to the corresponding participant after the installation is dismantled, indicating the continued existence of their art. Asked about the meaning of the spiral formation, Whelan noted that they “wanted something that was a progression.”

Likewise, this project itself can be seen as a progression of the impact Savageau’s initial gallery had on the community. After all, the healing process after dealing with personal loss is a topic that resonates with many, especially after the past two years.

“Exhibits have an opportunity to not only inspire and tell a story, but also be places where communities can come together and really talk about what’s going on,” Whelan said.

For those more interested in Whelan’s work, he is offering a freshman seminar starting in the spring of 2022 called “Make an Exhibition” which is open to all majors, and those who want to explore more of Savageau’s pieces can find on her website.

Kazakhstan celebrates 100 years of Syrbay Maulenov, great poet and warrior of the…