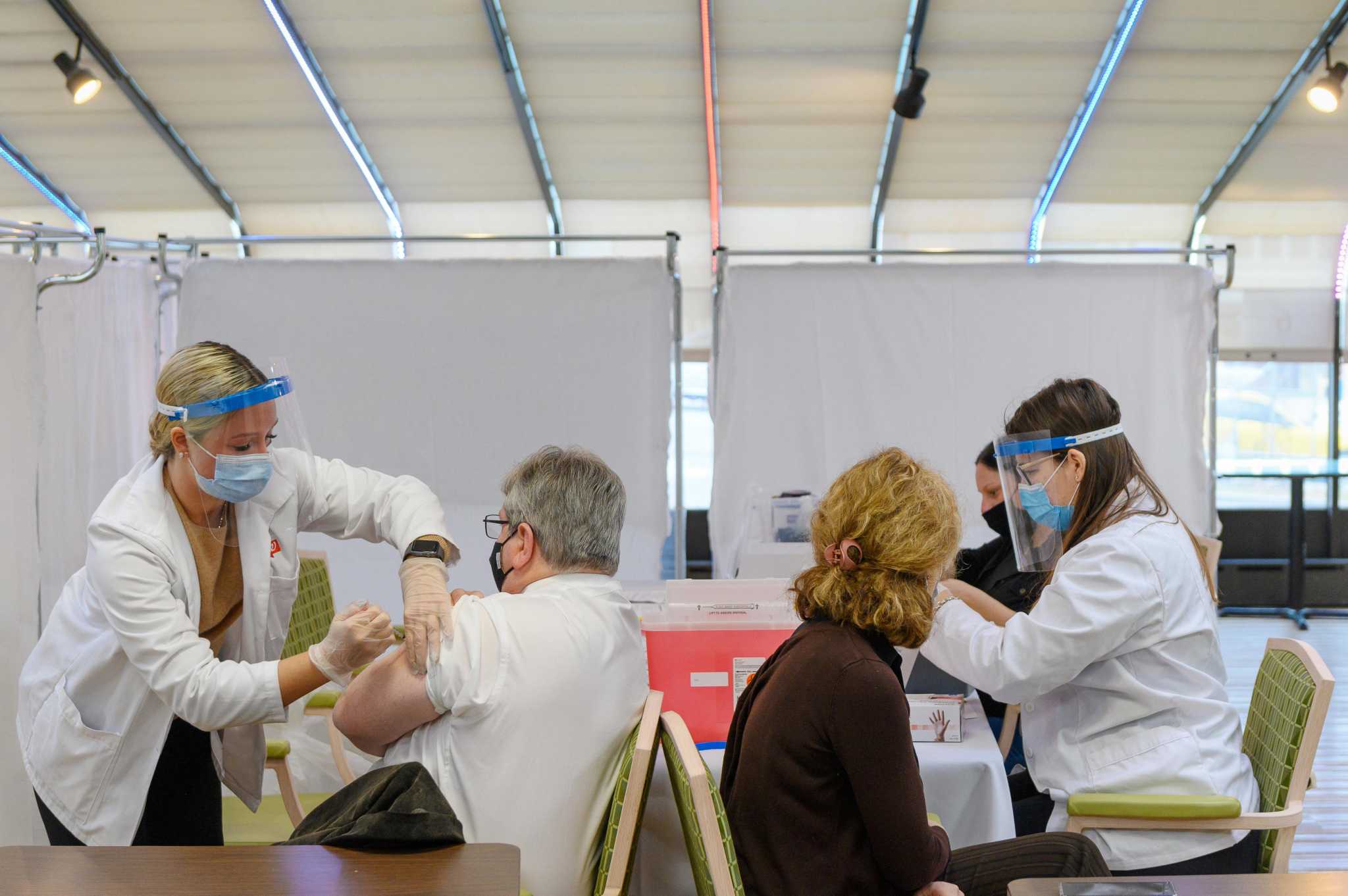 I received a third COVID vaccine. I am still worried.

The pharmacy technician who approaches me at the “Consultation” window appears to be about 18 years old. “William,” said his badge. Unruly strands of black hair hang over her forehead. The CVS is swarming with clients, but William exudes calm, youthful competence. “How can I help you?” he asks eagerly.

â€œI would like to receive a third COVID vaccine,â€ I say. â€œI am a transplant patient. A few days earlier, federal health agencies had authorized a third dose of the COVID-19 vaccine for some people with weakened immunity. I have been taking anti-rejection drugs, which work by suppressing the immune system, since I had a liver transplant in 1998. My doctors have advised me to get a booster. Yet the prospect of seeing more antibodies in my bloodstream hasn’t ended my struggle to distinguish between caution and panic as I fumble in a changing public health landscape.

â€œDon’t let him dominate you. Don’t be afraid, â€then-President Donald Trump said last October after triumphantly emerging from a hospital where he received COVID treatment inaccessible to most Americans. I’m not one of those inclined to take Trump’s advice, but the sentiment he has expressed is not uncommon, especially after a time when it seemed like the worst was over. Nor is it limited to vaccine skeptics or anti-mask crusaders. People seem determined to get back to their old lives, damn COVID. Watch the crowds at the Astros games, the long lines at airports. Children go back to school – children have to go to school, right? – leaving parents conflicted and terrified as political battles rage over mask requirements.

At CVS, William does not ask for any proof that I am entitled to a third dose; it’s an honor system, apparently. He pulls out a form and starts asking questions: have I been infected with COVID, have I recently been around someone known to be infected, have I taken certain medications. I sign the form.

Demand for third shots has been high since the announcement, William tells me. Do some people cheat? May be. But the once scarce vials are now so plentiful that Harris County officials are offering $ 100 to people who receive their first dose. Soon, boosters will be available to the general public.

William stings me like a pro. While waiting for the required 15 minutes thereafter, I consider the moral implications of Americans getting a third dose when much of the world does not have a first. I remember times in my childhood when I left uneaten food on my plate, and my mother told me that children in China were starving. I remember thinking, “If only I could get that spinach cream to those hungry kidsâ€¦”

I’m thankful for my shots – all three. But the extra dose, I know, isn’t a prison release card without it. Governor Greg Abbott reportedly received a third blow, and he had COVID. The delta variant changed the calculation. At the end of July, I took my first flight since the start of the pandemic – Houston to Boston, for an 11 day visit to Cape Cod. Around the time I left, news emerged that a series of July 4th celebrations in Provincetown on Cape Point had infected approximately 1,000 people, almost all of them vaccinated. The discovery led the Centers for Disease Control and Prevention to advise vaccinated people to resume wearing masks indoors. Delta, it was now clear, could infect those vaccinated – although most cases are not serious – and they could pass the virus on to others.

Due to my health issues, I cannot afford even a mild case of COVID. I had planned a second trip, later in August, to Washington State – my first visit to the Pacific Northwest. I had to leave a week after my return from Cape Town. After much agony – and consultations with doctors, which were incredibly elusive – I canceled my flight and hotel reservations. I took a COVID test a few days after spending time at crowded airports; the result was negative. A few days after receiving my third vaccination, I told friends that I was reluctant to attend a planned indoor social meeting; it is a monthly meeting that we organized via Zoom during the first year of the pandemic. A few months ago, when everyone around us was vaccinated and the danger seemed to have eased, we happily resumed our face-to-face meetings. Now what?

It is difficult to make a good risk-benefit calculation without sufficient data. Statistics assure us that air travel (under normal circumstances) is safe, that texting while driving is reckless. A pandemic caused by a new, rapidly changing virus is fraught with uncertainties; As scientific knowledge grows, public health guidelines change. In some ways, decisions were easier at first, when we were all worried about catching the virus from sitting on a park bench or touching a doorknob. Vulnerable people like me stayed at home. It wasn’t fun, but I didn’t constantly question my decisions. Now a voice in my head asks if I am depriving myself of rich fear-based life experiences. Is a plane trip to Washington State, or a night out with vaccinated friends really more dangerous than, say, driving a few miles? I have no idea. But it is different.

Whenever this nightmare ends – or perhaps evolves into an endemic problem like the flu or the common cold – its legacy will be more than the lives it has cost ($ 4 million and more), the economic calamity it has. caused or the suffering it inflicted on infected patients. and their loved ones. For me, at least, the lingering sense of uncertainty, of doubt, will linger like the bitter aftertaste of a bad cup of coffee.

Snyder is a writer from Houston who retired from The Chronicle in 2019 after 40 years as a journalist, editor, and columnist.