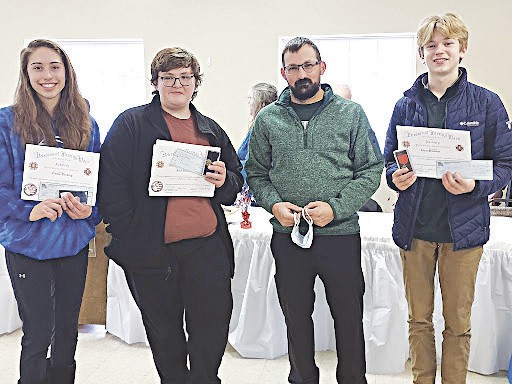 Each year, more than 165,400 students in grades 6 through 8 across the United States enter Veteran of Foreign Wars’ Patriot’s Pen Youth Essay Contest for a chance to win their share of more than 1.4 million dollars in state and national awards. Each state first place winner receives a minimum of $500 nationally, and the national first place winner earns $5,000.

The Essay Contest encourages high school students in grades 6-8 to reflect on their country’s past and present by writing a 300-400 word essay expressing their opinions on a patriotic theme chosen by the Commander-in-Chief of the VFW. The theme for the 2021-2022 school year is “How can I be a good American?” »

Mike LaMarra has been encouraging his eighth-grade American History students to write essays for the contest for nearly a decade. He said the topics in this year’s theme generated ideas ranging from voting in elections once old enough, to cleaning up their communities through volunteer efforts. 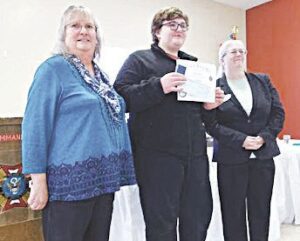 LaMarra’s top 10 class essays were forwarded to Imlay City VFW Post 2492 for judging by VFW Auxiliary members. After review, judges at station 2492 then sent the top eight essays to the Congressional District 10 contest.

There was no Congressional District Awards Luncheon and Reception last year due to COVID restrictions, but this year, however, the Awards Luncheon and Reception returned last Sunday – with students representing LaMarra’s class. “Of all the essays received in our congressional district, Jack Whitley won the competition,” said ICMS professor Michael Medley. “In addition to a $300 prize, Jack will compete against the other 13 district contest winners from across the state to see who will represent Michigan State at the national level of the contest this spring.”

Whitley will travel to Kalamazoo for the 43rd Annual Michigan VFW Mid-Winter Conference in two weeks to hear the nomination for the state’s top tryout, Medley said. “Special thanks to VFW Post 2492 Fellowship Chair Rosemary Earhardt for all her hard work in getting the essays judged and submitted for the district competition,” he said. “Congratulations to all and good luck to Jack for the national final.”

Learning for the Mind, for Fun with Senior College of Central Nebraska | Local News