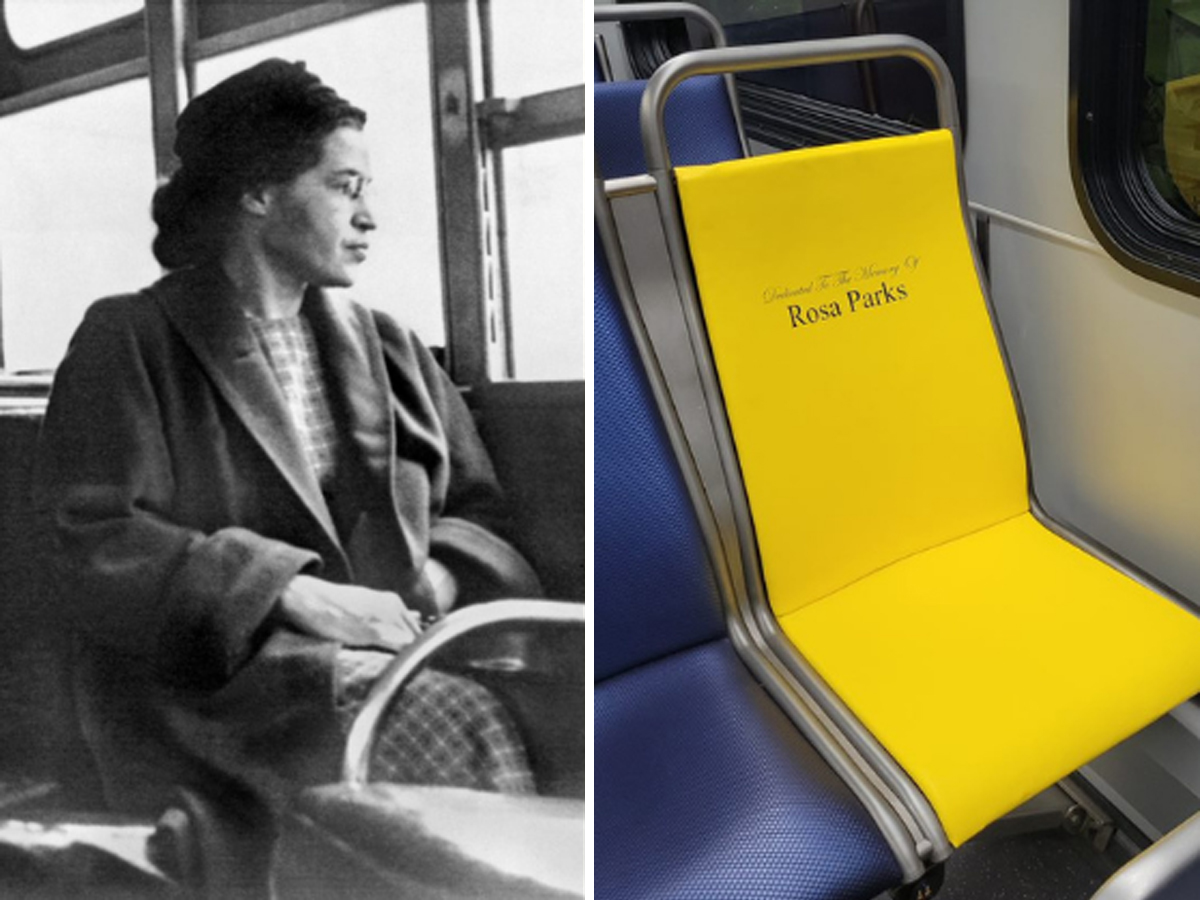 Is there a right or wrong way to honor Rosa Parks?

This is an excerpt from the Houston Chronicle’s HouWeAre newsletter on race, culture and identity. You can register here.

February is Black History Month, an annual observance that aims to highlight historic events and achievements of the African Diaspora. But, as the world becomes increasingly commercialized and big corporations seek to capitalize, sometimes even well-meaning tributes can come across as symbolic.

Each year I balance a love/hate relationship with the month. Growing up, I was usually the only black person in my class at my private school in West Texas. Black History Month brought uncomfortable moments of pointed inquiry that often singled me out: “What do you think of MLK? Harriet Tubman was really great and brave, wasn’t she?”

Every year the same thing, it seemed.

All the work it took to delve into black culture and feed my relentless curiosity came from sitting at the feet of family members, elders, and other community leaders and poring over library shelves.

As I grew into an adult and the store of information and outlets for storytelling grew, I devoured the stories and stories of the African diaspora and other historically marginalized people. I continue to learn. And while new nuggets of history serve to inspire and sometimes overwhelm me, February has also become a month in which I prepare for the barrage of commercialization and the symbolic 28-day pivot of the world of company that can smell pimping – in bold “tribal” typeface.

Recently, Metro unveiled a tribute in honor of Parks’ birthday for Transit Fairness Day by marking the seats of local buses with a yellow cover to commemorate Parks’ heroic moment in the civil rights movement. . What Metro officials didn’t anticipate was the backlash their tribute garnered.

HouWeAre asked readers what they thought of the tribute.

“Triggering,” one person replied via Instagram. “I don’t want to get on the bus and be reminded that I can’t sit in the front. She deserves more than that too.”

Another added: ‘These types of questions should have been asked before the ‘thoughtful’ honour. Yet another example of Deaf American business.

Offering a more diplomatic approach, one Twitter user wrote, “The intent to uphold a fistless equality symbol is incredible, but the execution is less than amazing. I can see where they were trying to go. with this idea, but the way it turned out doesn’t seem to be the best.”

Still, others disagreed with the backlash.

“”It was a socially and historically accurate tribute to a woman whose written creation of the civil rights movement was a display of civil disobedience ON THE BUS. It seems rather appropriate. I respect Metro for doing this,” another tweeted.

In her recent commentary, Metro columnist Erica Grieder notes that while the outrage has mostly taken place on Twitter, which is a difficult barometer to measure, we shouldn’t be quick to discount the fact that some Houstonians have found the symbolic gesture “disappointing”.

It should be noted that the transportation authority of San Antonio, our neighbor to the west, began installing such tributes in 2005 with little or no resistance, and has since launched several tributes to honor the rights icon. civics.

So why did the Houston Metro take the heat, but not San Antonio’s Via, which also graced Parks on Feb. 4?

The biggest difference, Grieder points out, is the permanently dedicated seats on San Antonio city buses that have year-round yellow cushions or seats versus Houston’s yellow covers that only appear during the Black History Month or to promote Transit Fairness Day.

In other words, maybe it’s a goal versus performance.

Join the conversation with HouWeAre

We want to foster conversation and highlight the intersection of race, identity, and culture in one of America’s most diverse cities. Sign up for the HouWeAre newsletter here.

Reading a Book Today: To All the Literature I’ve Loved Before