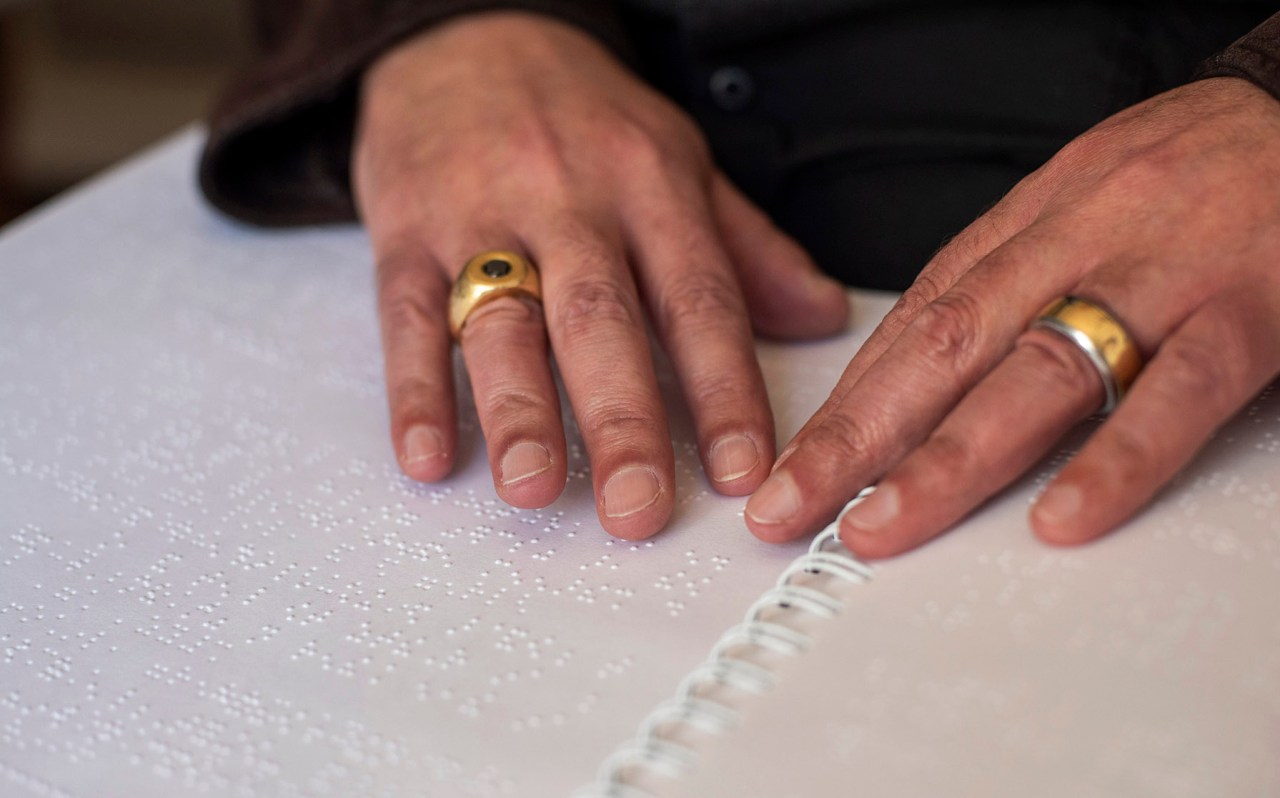 Jacques Coetzee tells how he wrote himself in blindness

When Jacques Coetzee’s first book of poetry was selected for publication in 2020, his publisher diplomatically suggested that the book was also partly about disability, a fact that should be mentioned in marketing materials.

“10, 15 years ago, I would have been irritated if people were talking about my work in relation to disability. But by the time the book came out, everything was fine. It’s important that the book is in braille and I’m glad there is a copy of the book in braille at the school I went to. It means something,” Coetzee said in an interview after hearing on Monday, July 18, 2022, that he had won the 2022 Ingrid Jonker Prize for a debut collection of poetry written in English.

In addition to the usual print run, 25 books have been published in Braille so that every school for the blind and library for the print disabled in South Africa will have one. The book was also made available in large text format, and Coetzee recorded a audio bookavailable free of charge on the publisher’s website.

The book, An enlightened darkness, takes its title from one of the poems it contains, The stepswhich involves going to a school for blind children, and he was cast, Coetzee said, because it was a good metaphor for what he does.

“It’s about darkness that needs to be filled by creating meaning, but also, of course, darkness because I can’t see. Because I’m blind. And to shed some light on that. To make him sing.

Coetzee (49) has been writing poetry and singing since he was a child, stimulated by his mother’s readings to the family of action-oriented narrative poems and by the enthusiasm of his two older sisters to read to him.

He’s a well-known face on the Cape Town poetry scene and his regular, melodious readings of his poems are familiar from public open mics, especially at Off The Wall, which was started and run by Hugues Hodge for several decades. He also directs, with Ed Burle, Nondwe Mpuma, Lisa Julies and Melissa Sussens, The red wheelbarrow poetry sessions.

The voice is not just a theme in his poetry, but in his life, and it is no surprise that in fallow times, even when entertaining guests, Coetzee sings and hums as he wanders from room to room in the house he shares with his wife, the artist, sculptor and writer Barbara Fairhead, his constant collaborator since their meeting in 2005. Together, they wrote a collection of poems entitled The leaf of love (Practical Books, 2017).

One of the judges of this year’s competition noted that “the poet writes with the ear of a musician and the listening depth of a heart that consciously unfolds the lines of the poems, especially the changes in rhythm” .

Coetzee is also a musician, with five albums with his band red earth and rust to his name, and he says that reading his poetry out loud and singing give him similar feelings of being grounded in the world.

The anchors might have been necessary, as Coetzee harbors a rebellion that seems to both stem from and be limited by his blindness. His life in the small conservative Afrikaans town of Worcester in the Western Cape was one he desperately wanted to escape, so he went to study English and philosophy and later towards a masters in creative writing under the late southern poet -African. Stephen Watson.

“I loved books and poetry for themselves, but I also defended myself partly from being blind.”

Editor Nick Mulgrew said, “When I sit down to assess a manuscript for publication, I hope my view of the world will change. Jacques’ poetry does this immediately, intentionally and naturally.

“Much of the way sighted people describe poetry and poetics is done through visual metaphor – point of view, perspective, optics – and here is a poet who cannot rely on that. Jacques relies instead about musicality, rhythm, rhythm changes and careful control of storytelling and one’s own emotions Few can write of being prayed to by random Christians with such grace and humor , to look back, so to speak, and claim your own life and experience for yourself.

Mulgrew said his desire to print Coetzee’s book in Braille was partly driven by his discomfort with producing a book that its author could not read, but also by a lack of local Braille books that could be read for enjoyment. . Most of the books available in Braille are textbooks.

Coetzee said Mulgrew had changed the landscape of poetry in South Africa. “He manages to be political in a way that’s quite understated and feels very real. Nick is the reason it’s exciting to write in South Africa now.

Regarding his own understanding of how his writing is political, Coetzee said it was a slow wake-up call.

“When I was 15, I read a lot of Breyten Breytenbach and I always put color in my poems. I was writing under his influence and the colors had symbolic meanings and of course I thought my readers would be sighted, right?

“It was quite political slowly realizing that I had to write as a blind person. When I started out, I was trying to write myself away from blindness to a place where I had something to say. Blindness , for me, it was this pretty boring outward detail. Slowly, I realized that I had to write about what I knew. In other words, about blindness.

“I had to face it, fit in with it and make sense of it, because it wasn’t going to go away. [Disability] makes you feel helpless, and you don’t want to feel helpless and look like you really know something about something other than your disability.

“But it wasn’t until I submitted the manuscript to uHlanga that I was ready to accept that, because I’m blind, I have a different take that’s fresh, that’s new.

“One of the ways ableism works is people say, ‘You’re so wonderful!’ and at that time you represent all blind people or all disabled people. People project things onto you. The knee-jerk reaction to this is “no, I’m me”.

“Now I understand how important this book is. It’s wonderful that Nick decided to publish me. I’m glad this thing came into the world through me.

Then there were the two American tourists
(a man and his girlfriend, I think they had to be)
who wanted to pray for me at dusk.
I pretended not to understand,
(“Why me? Why not for someone else?”)
but I was too obvious a candidate
pass in prayer, and they
emboldened by a strange environment,
by their faith in miracles.

I sighed; I didn’t want it.
But they were gentle, insistent,
and my guide dog and me
had just learned to walk to this restaurant.
It would be a diversion, after all.
I was hungry to slip under
the surface of this moment –
everything to be a citizen
here, in this private place.

And so I let the man pray
while the girl, soft-spoken and shy, differed;
that they pray for the return of my sight
and immediately regretted it:
the voice of the strong, authoritative young man,
somehow desperate, vulnerable.
I had done a bad thing,
wanting them to believe in themselves
in a corner, whether they know it or not.

Then walk away
I imagined them settling in for the night,
with a desire perhaps unexpressed, forbidden between them.
I thought of the price of such refusals;
felt the familiar old bustle
that still sets me on my way through nights like these –
looking, looking beyond the dawn for one more taste
of this incorrigible life,
so that one day I can say:

“I gave myself to this messy world
and I tried to love her long after
I had given up changing it.
No better than I should be, I didn’t make it
stand out. At the end
I redeemed myself: I was not a tourist. DM/ML

In case you missed it, also read Touchy-feely: emotion isn’t just trendy, it may be the new path to success

Touchy-feely: emotion isn’t just trendy, it may be the new path to success

“Open at the Close” edited by Cecilia Konchar Farr