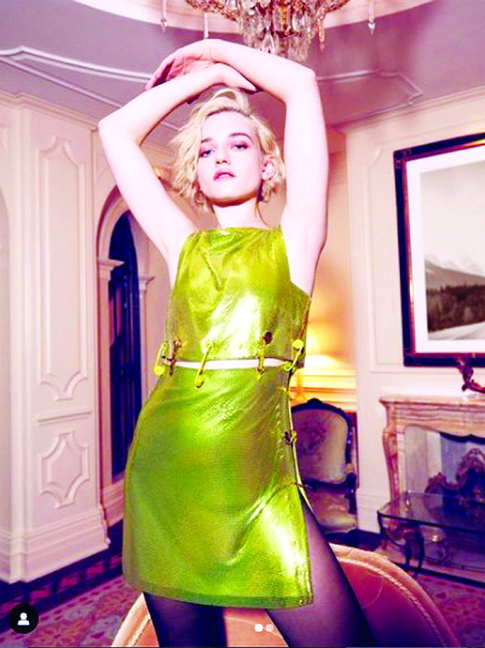 Ozark star Julia Garner is currently the frontrunner to play “Take a Bow” singer Madonna in an upcoming Universal Pictures biopic, reports “Deadline.”
The Emmy winner has been the leading contender for the role since the start of the year, but insiders add that the reason an offer hasn’t been released yet is that there are still several things at stake, including the budget as well as some creative factors which include the length of the film.
‘Deadline’ further reports that Madonna is directing the film based on a Diablo Cody script and was meticulous in the casting process by subjecting the talents to a boot camp that included dancing and singing tests.
The studio has made it clear that it needs at the very least a name that the public recognizes and Garner has been that person for quite some time given her status as female lead after playing roles in Ozark and more recently Inventing Anna. .
The film is set at Universal Pictures and will follow the debut of the often controversial artist and queen of perpetual reinvention. Universal Filmed Entertainment Group president Donna Langley won the script in a multi-studio bidding war, and Amy Pascal is attached as producer.
A production schedule and other main cast are still unknown. Actors vying for the role include Florence Pugh, “Euphoria” star Alexa Demie and Odessa Young. Singers such as Bebe Rexha and Sky Ferreira were also cast. The audition process was reportedly grueling, as music production requires a skilled singer and dancer.
She is currently filming the Paramount thriller “Apartment 7A”.

American Life in Poetry: ‘Portrait of Pink, or Blush’