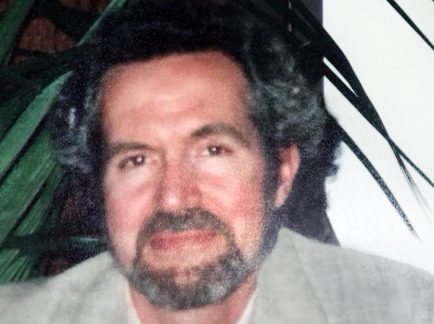 Kevin FitzPatrick, a poet who touched many lives as the founder / editor of The Lake Street Review, passed away peacefully on Tuesday, September 21, surrounded by his family at the Little Hospice in Minneapolis, according to his sister, Colleen FitzPatrick.

A native of Saint Paul who wrote about workers and everyday life in the Twin Cities, FitzPatrick was 71 years old and battling non-Hodgkin lymphoma.

FitzPatrick was the calmest of an Irish American family of eight, according to his sister.

â€œThe way he survived in our big, noisy family is amazing,â€ she wrote in an email announcing her death. â€œHe would disappear from family gatherings and someone was like, ‘Oh oh, Kevin is gone.’ We knew he was somewhere writing a poem about something that had just happened. We all hoped it was the other brother.

Poetry was a part of FitzPatrick’s life from high school. His three well-reviewed collections were “Down on the Corner” (1987), “Rush Hour” (1997) and “Still Living in Town” (2017). All were published by Midwest Villages & Voices, the outlet created by poet, writer and activist Meridel LeSueur and her daughter, Rachel Tilsen.

LeSueur said of FitzPatrick’s poetry in general: â€œHe is a wonderful chronicler of the people’s journey. John Daniel, writing in North Stone Review, said the “Rush Hour” collection “captures the seedy downtown life of the snowy and snowy sidewalks of Minnesota.”

â€œThe power of Kevin’s poetry flowed from his person and his place,â€ his sister wrote. “Kevin wrote poetry as he lived – true to his being and, more broadly, true to his deep roots – straightforward, unadorned and with a strong sense of place.”

FitzPatrick, whose poems have been widely anthologized, has also taught writing and poetry and mentored new writers and poets.

A member of the Lake Street Writers Group, FitzPatrick founded and edited the Lake Street Review, receiving contributions from around the world. When the journal ceased publication in 1990 after 15 years, FitzPatrick recalled in an interview with Pioneer Press that he and five friends had printed 500 copies of the first edition on a stencil machine and gathered it around a table. of dining room. â€œWe wanted to publish things that were readable, accessible and about our lives,â€ he said.

Colleen FitzPatrick recounts how her brother â€œseemed unfailingly true to himself. He observes, reflects, then acts. His intelligence reduced things to their essence. She was a soft-spoken person who spoke few words, but they were the right words and supposed. “

In addition to writing poetry, FitzPatrick did boxing and took a keen interest in martial arts. For a while he taught a self-defense class where one of his students was Tina Blomer, who became his life partner.

In honor of FitzPatricks, his family established the Kevin J. FitzPatrick Creative Writing Memorial Fellowship at the University of St. Thomas, which will assist students majoring in creative writing. Information is available at: give.stthomas.edu/give/memorials/patt/.

A celebration of the life of FitzPatrick is planned for next spring.