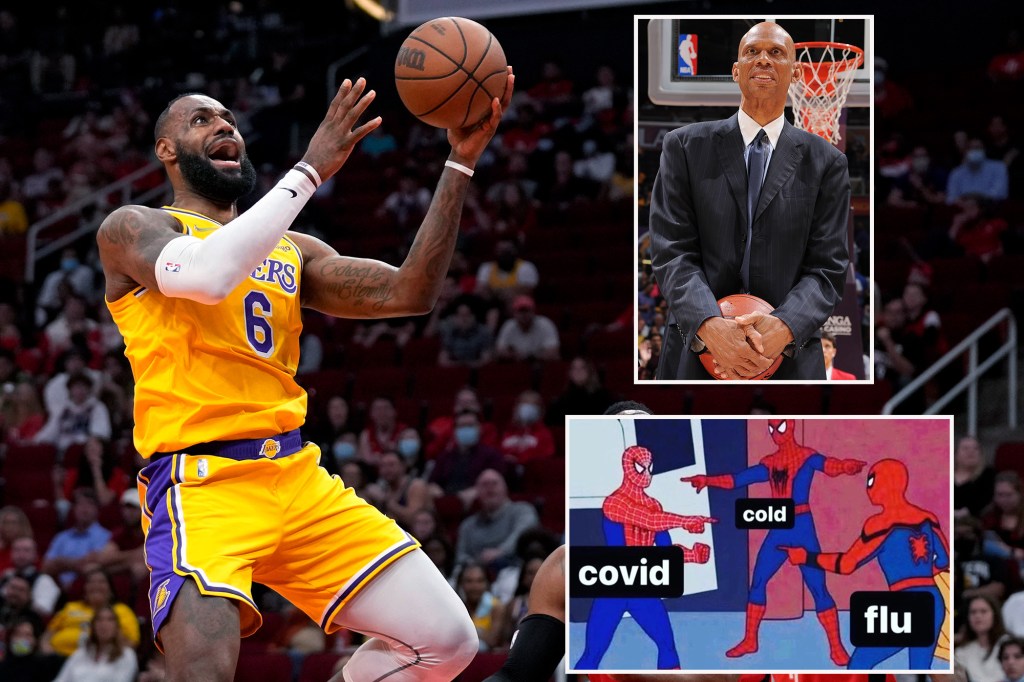 LeBron James had “no response at all” to Kareem Abdul-Jabbar after the NBA Hall of Fame wrote an essay claiming James dealt a “blow” to his “worthy legacy” after posting a controversial COVID-19 meme.

James was asked about Abdul-Jabbar’s comments after dropping 32 points in a 132-123 win over the Rockets on Tuesday – a day after the essay was published.

â€œNo, I don’t have a response to Kareem at all,â€ he said, before offering a lengthy response explaining why he shared the meme.

Last weekend, James took to Instagram to share a cartoon image of three identical Spider-Man characters, showing each other with the words “COVID,” “Flu” and “Cold.” He captioned his post: “Help me people.”

â€œAnd if you’ve seen the post and read the tag, you know I’m literally and honestly asking, ‘help me’. Help me figure it all out, like we are all trying to figure out this pandemic, â€said James Tusday. â€œWe are all trying to understand COVID and the new strain [omicron].

Abdul-Jabbar, who has been a vocal critic of anti-vaxxers, wrote a blog post on James, titled â€œDear LeBron: Here is the COVID-19 Help You Asked for in Your Spider-Man Meme.

The Lakers legend described the meme as’ uninformed ‘and said,’ LeBron encouraged reluctance to vaccinate which puts lives and livelihoods at risk. “

James, who is vaccinated against COVID-19, said previously he “won’t talk about other people and what they should be doing” with regard to treatment for the virus.

Abdul-Jabbar has targeted James in a number of public messages citing concerns about vaccines and COVID-19.