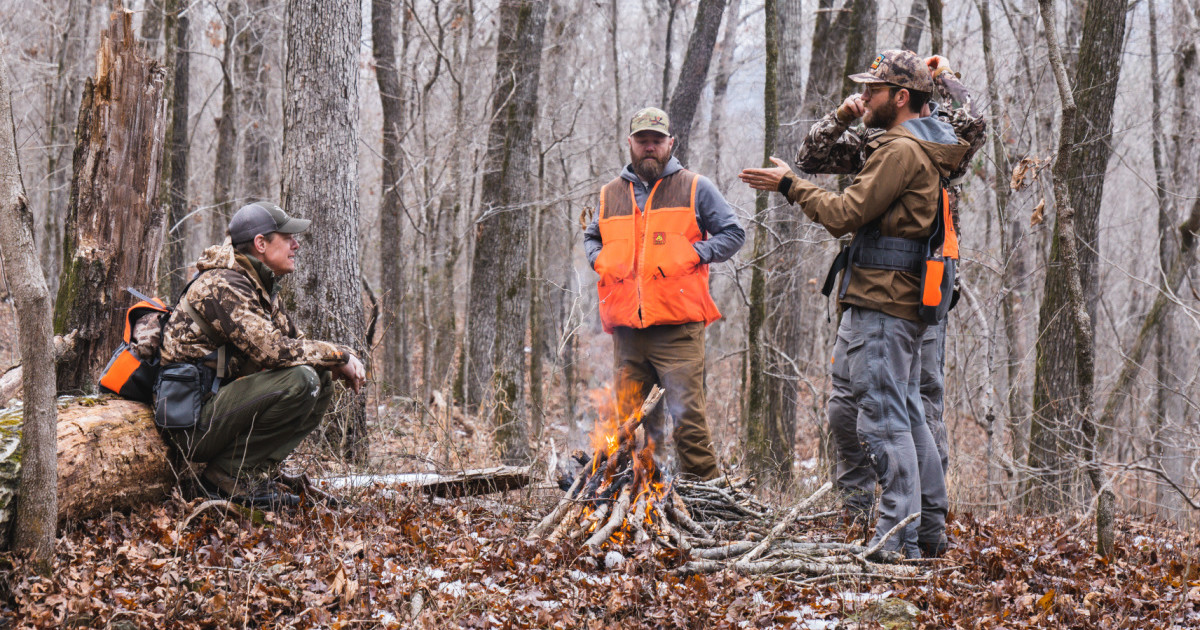 The narrative tends to feed on itself. One person shares a poignant story, that story stirs the memory of another storyteller, and the cycle continues until the sun rises and the pile of firewood runs out. After the first batch of campfire stories became a moment New York Times bestseller, we appealed to our listeners, knowing you would have your own stories to share. Indeed, you did.

Campfire Stories: Narrow Escapes and Other Close Calls is now available for purchase and download from the MeatEater store. This sequel features 10 stories, five from listeners and five from the MeatEater team and close friends, including Steve, Clay and spearfishing champion Kimi Werner.

We hear of an ill-fated canoe trip down a flooded creek, a struggle to find help after an accidental gunshot, a nasty ocean current, and a multi-night struggle for survival in an isolated canyon in Alberta. A father and son have an unfortunate experience on the ice of a lake, another father defends his children from an injured male in a thick Idaho cornfield, an underwater fisherman rescues his unconscious friend, two Wildlife biologists get lost on the featureless Alaskan ice floe, and Steve and his son face a mysterious and terrifying series of health issues before uncovering the truth about their shared condition.

So prepare for more courage, more adrenaline, more quick thinking and more luck, all from a group of storytellers who have flirted with death and disaster and lived to tell the story. story.