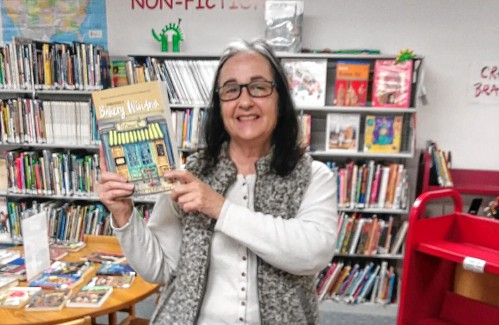 The Ingalls Memorial Library in Rindge hosts a series of book fairs on the first three Saturdays of December, showcasing local poets and authors and their works.

The idea began when the library wanted to raise one of its own – library assistant Catherine “Kate” Zebrowski, who recently published her second novel, “Through a Bakery Window”.

Zebrowski published her book, a historical mystery piece “loosely based” on a true story in County Worcester, through a small publisher, without much opportunity for distribution or promotion, she said. .

This is a problem that many local authors face, either publishing on their own or through small publishers, Zebrowski said. And as she and library director Donna Straitiff talked about an event to gift her book to the people of Rindge, the idea germinated: what if, instead of an author, the library promoted a selection of local authors?

“We’re all about the books here, and having the opportunity to meet local authors, meet them and buy their books from them seemed like a good way to support the authors and the concept of ‘buy locally. “” Zebrowski said. . â€œLocal authors are always looking for places to market their books to people. I have met in small bookstores and libraries – something like this is really helpful.

Each fair will take place from 9:30 am to 11:30 am. Tables with books will be distributed throughout the library. The library asks visitors to events to respect the wishes of authors and poets and wear masks when meeting authors who wear masks.

Rewards stimulate creatives to carry out their projects