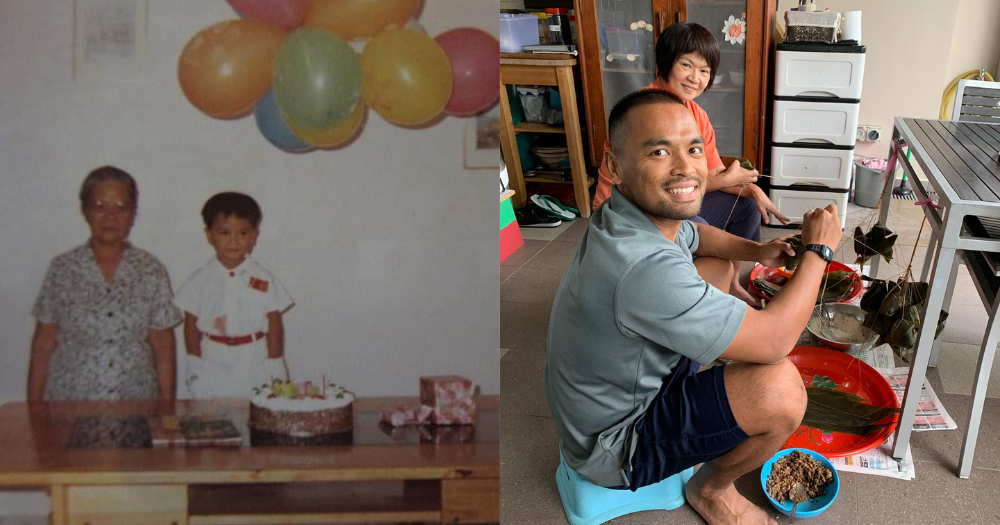 My mom is Chinese, my dad is Javanese-Batak and it’s time for S’poreans to look beyond the rigid boxes CMIO – Mothership.SG

Follow us on Telegram for the latest updates: https://t.me/mothershipsg

In June, Mothership launched our first essay competition. In one month, we received around 300 contributions from readers of different ages and backgrounds.

“Ivan’s essay reinforced an important truth – that our feelings of grounding in a society are ultimately not dependent or reducible to any language or style of speaking.”

“I love Ivan’s use of the story arc technique – starting and ending with Ah Ma. His cross-country account of what this means to him is cleverly nuanced by more in-depth explorations of Singaporean identity for him as a minority at different levels – race, sexual orientation and age. ”

About the Author: Maulana is a 34 year old Singaporean who works as a data scientist. He enjoys participating in Singaporean life by volunteering with Waterways Watch Society and Transient Workers Count Too.

In the last month of the pandemic, he also shared his love of National Day songs on a dedicated Instagram page.

The cognitive dissonance they experienced when looking at her complexion and my appearance still occurs in people I meet over 30 years later.

Speaking like a local on this island isn’t just about sounding like a native speaker of its languages. It also requires you to watch the play, as the vernacular and ethnicity are deeply linked in this city.

Despite my Chinese mother, I don’t look Chinese, and despite my love for You Jin and Pan Shou’s language, I feel alienated when I speak it as my own language.

I once had the courage to go to a xinyao concert. I’m still not sure if people were really looking at me before the concert started or if I just felt embarrassed that I was the only dark-haired person in the crowd. What was clear were the heads spinning and surprised looks as we all started singing along with our favorite tunes.

For the rest of the concert, the lyric poetry of xinyao was accompanied by my neurotic narration of what others might have thought: Where did this guy come from? What is he? Wah, Malaysians also know xinyao.

In fact, I would say, I’m not even half Malay. My father is from Sumatra, with a Javanese and Batak family.

But that takes a lot more words than simply saying “I am Malaysian” to any foreigner who deigns to question me about my ethnic identity, even before knowing my name.

So I say those three words, hoping that the xeno-interrogation stops there, and I remember that anyway, the Malays, Javanese and Batak are all from Nusantara, speaking Bahasa Serumpun.

One day one makcik ask me for directions makam Sharifah Rogayah in Tanjong Pagar, and as I tell him in my Indonesian-accented Malay to follow me, excited to show my familiarity with my neighborhood.

I gently ask how important the site is to her, and instead of responding, she asks: “Do you wake up dari mana? Bukan orang sini ke?“-” You are not from here, are you?

We can better connect without labels like CMIO or “local”

No matter how I change the language I speak or the way I speak, I’m not supposed to be “native” in Mandarin or Bahasa, and I’m so fed up.

But this prescriptive way of equating identity and language not only frustrates me. I feel a sense of solidarity with others who feel tired of living in the rigid CMIO boxes assigned to us, with its vernaculars and identities that cannot be renegotiated.

Why are so many of us surprised when non-Chinese speak Mandarin or when Peranakans assert their affinity with the Malay language?

Has Singapore lost so many of our complex Nusantara and Nanyang identities that we are now struggling with the rich landscape of regional accents?

What is the price of rejecting multilingualism in favor of reductive bilingualism?

A stereotypically bilingual local probably speaks enough Mandarin “for the Chinese market”, as well as some English with an American accent. I am personally guilty of having a strong American accent by default in any technical or professional setting, after 10 years of schooling and working in the United States, which has led to more questions of “are you local?”.

Fortunately, this haunting question doesn’t arise when I speak singlish, because using words like gostan and aiyoh helps to iron out any linguistic cracks among the inhabitants.

And yet, what would it be like to sound and sound completely local in Singlish without having a dominant Singaporean identity?

Expanding our imagination of local identity

How can I tell my old NS encik that, no, I’m not married with kids yet, because my partner and I can’t get married here and we couldn’t both have legal rights to them? foster children here, so we have to leave our home to start a family?

Of course I could just say to my encik, “Why are you kaypoh? “But I sincerely look forward to the day when such alternate identities will ring completely natural in all Singaporean languages.

I yearn for a future where our local identity has been extended to truly accommodate the myriad of Nusantara and Nanyang language and accent configurations.

While we’re at it, why not broaden our imaginations on how locals should speak, so that everyone can comfortably belong to monolithic groups while being recognized for their own individuality?

Whenever I have the opportunity to speak with old people, I speak Hokkien and observe their surprise at this young dark-haired man, then imagine that they are the same neighbors cooing on the dark skin of the baby in my Ah momarms.

The best photos are courtesy of Ivan Maulana.

Revealed! The list of finalists for the York Poetry Prize 2021