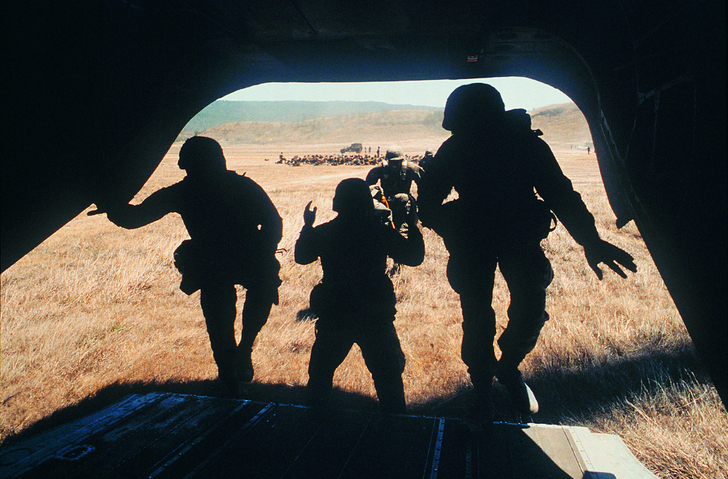 The new article was recently published by the International Society of Sports Nutrition in its own journal. It was the work of a number of researchers associated with the group, some of whom participated in NutraIngredients-USA sponsored events, including Dr. Richard Kreider, PhD, of Texas A&M University and Dr. Chad Kerksick, PhD. , from Lindenwood University.

The document clarifies that much of the nutrition and hydration recommendations are the result of extrapolations from data collected outside of actual combat scenarios. For obvious reasons, data from actual military operations are hard to come by, but there are other sources that offer reasonable facsimiles, the authors said. This means that extrapolations of the deficits experienced by combatants and the interventions that can help fill those gaps can be made with reasonable confidence.

One of the sources of data cited in the article was a report done on US Army Rangers who attended this elite corps’ qualification school. The report found that the troops suffered a deficit of approximately 3,000 calories per day during training and exhibited “decreased muscle strength and power following significant weight loss in participants”. Additionally, troops experienced severe sleep deficits, on the order of less than 4 hours of sleep in a 72-hour period.

Additionally, the loads fighters are expected to carry have increased over the past 20 years, with more protective gear such as body armor, ballistic helmets as well as chest rings and load-bearing vests. These loads typically range from 31 kg to 44 kg (68 lb to 97 lb). Thus, the daily caloric requirements of troops during periods of operational tempo can exceed 4,000 calories/day.

It has long been recognized that the primary operational concern is to help troops maintain mental focus and avoid fatigue that could lead to fatal errors. During World War II, German troops were supplied with pervitine, a methamphetamine product that had been developed in the late 1930s. The Allies responded by supplying troops with benzedrine.

For ethical, legal and health reasons, these are no longer options for modern armies. Instead of pharmaceutical stimulants, the ISSN paper recommends offering troops caffeine, something that is already codified in Army regulations.

Caffeine has been shown to improve marksmanship, improve reaction times and reduce premature errors. The article suggests that doses above 200 mg/day might be helpful, but warns that higher doses are associated with certain adverse effects, such as increased aggressive behavior and/or sleep disturbances.

The document also recommends creatine monohydrate supplementation. This provides well-demonstrated ergogenic effects, such as improving recovery and mitigating muscle tissue damage after stressful periods of exercise. But it could also have cognitive benefits, the authors say, by increasing creatine levels in the brain.

“This explains some of the published findings supporting creatine’s ability to provide neuroprotection against traumatic brain injury and even potential function prophylactically in terms of symptom reduction,”the authors said. To achieve these neuroprotective benefits, doses of 10g to 20g per day for up to two weeks may be needed, according to the paper’s statistics.

The document also includes sections detailing nutritional recommendations for first responders such as law enforcement officers and firefighters, although the authors caution that there is even less specific data for these activities than for combatants.

“Currently, most of the available recommendations come from both general and athletic populations, and further research is needed to better understand the specific health and performance needs of these populations. Targeted efforts must first be made to establish a pattern of physical activity and food intake that reduces the risk of cardiometabolic disease and improves fitness As more data emerges, specific guidelines regarding various diets and the use of dietary supplements will be generated, and while fighters, firefighters and law enforcement all fall under the single term “tactical athlete”, the focus of provisions and timing may differ significantly from country to country professions and designations”, conclude the authors.