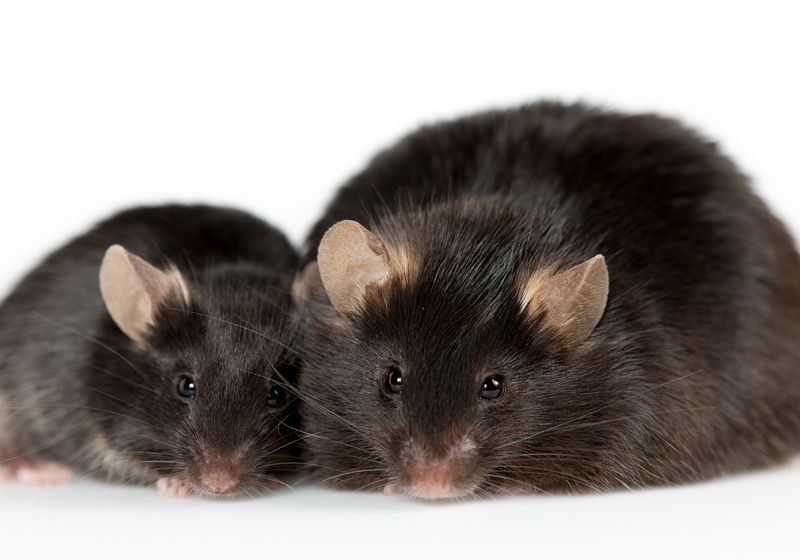 For a human, herpes is usually nothing more than a painful inconvenience, but for a mouse, catching the sexually transmitted infection is like a kiss of death. Injecting mice with human pathogens such as herpes simplex virus (HSV), as is often done in laboratory studies, can kill them within days. But not all mice are equally vulnerable. In a study published on November 8 in Cell reports, researchers found that due to differences in their vaginal microbiomes compared to lean mice, obese mice fed a high-fat diet had stronger immune responses against HSV-2, which causes genital herpes in humans . The finding offers insight into the mechanisms behind vaginal immune responses and the role of the microbiome in fighting disease.

Biomedical scientists have linked obesity in humans to an increased risk of cardiovascular disease, as well as an increased risk of cancer and, in some cases, impaired immune systems. Although obesity has been associated with a higher risk of cervical cancer mortality in women, scientists have found no evidence of a link between herpes and obesity, according to the report. ‘study. Researchers from the Korea Advanced Institute of Science and Technology (KAIST) led by immunologist Heung Kyu Lee wanted to test the effects of obesity on antiviral immunity, specifically against human genital herpes, a common sexually transmitted infection. . HSV-2 appeared later in human history than the more common HSV-1 type, which is known to cause oral herpes. Genital herpes affects more than 11% of people aged 15 to 49, but there is no cure. By comparing the immune response of lean and obese female mice, the study authors write in the study that they hoped to find out how obesity affects the immune response of the genital mucosa.

The researchers gave some mice standard food and fed others a high-fat diet. They then intravaginally infected all the mice with the HSV-2 virus and observed their immune response over the course of three weeks. KAIST scientists write in the study that they expected it to increase susceptibility to HSV-2. To their surprise, they found that while all of the lean mice died within the first two weeks, half of the obese mice survived the three-week period. The obese mice also started shedding the virus from their genital lining earlier.

The scientists used flow cytometry to determine the relative abundances of different cells in the mucosa, then compared the concentrations between obese and lean mice. They found that the vaginal mucosa of obese mice contained a higher level of cytotoxic gamma-delta (γδ) T cells, a type of white blood cell that is generally rare in the body. When the researchers used an antibody to inhibit γδ T-cell receptors, it significantly reduced the ability of obese mice to fight off HSV-2, while it had no effect on lean mice, indicating that γδ T cells have played a role in obesity. mouse immunity.

By performing a similar analysis on the larger vaginal microbiome, the team found that administering antibiotics to eliminate commensal vaginal microbiota also significantly decreased survival in obese mice. The microbiota of obese mice differed from that of lean mice, with a higher level of gut-derived bacteria such as E.coli. When the researchers presented E.coli in the vaginal microbiomes of lean mice, they found that it promoted viral clearance and prevented HSV-2 symptoms compared to controls. Based on this information, the scientists posit in their paper that obesity causes more gut-derived bacteria to move into the genital tract, and that these microbes mediate the lethal effects of HSV-2 by controlling levels. γδ T lymphocytes and other immune cells. The study authors did not respond to The scientist‘s requests for comments.

“It was a surprise that they found that obesity actually plays on viral infections in a more positive way,” says Lorne Kastrukoff, a neurologist at the University of British Columbia who has studied herpes in the past but did not participate in the new study.

University of Washington translational immunologist David Koelle, who did not work on the study, agrees it is a fascinating study but is “unsure of the relevance. [it] is for humans,” because HSV-2 interacts differently with the mouse body than it does with humans. HSV-2 is a traditionally human pathogen: Although there is some debate about how and when HSV-2 made the jump to humans, Koelle says it has been co-evolving with us for at least 1 million years. Mice, on the other hand, would never normally contract either variant of human herpes, so their bodies react to it very differently. In humans, the virus remains localized to one site, which for HSV-2 is usually the genital area. In mice, however, Koelle says the virus travels up the spinal cord and into the brain, causing the animals’ eventual death.

Kastrukoff adds that the young age of the mice (5 weeks), the type of HSV-2 and the strain of mouse (C57BL/6 or “black 6”, a common inbred laboratory mouse) in the study could all have contributed to atypical results. He explains that Black 6 mice in particular have differently structured immune systems than other lab mice that could have contributed to this effect.

“It’s an interesting observation,” he said. The scientist. “But a lot more studies need to be done before we can think of carrying the information to the human situation.”