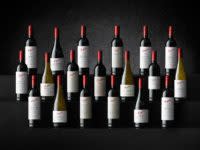 2020 marks the 176th anniversary of the founding of Australian winemaker Penfolds.

Last week, a Melbourne-based buyer bought a bottle of 1951 Penfolds Bin 1 Grange for a record $103,555 – the highest price ever paid for a bottle of Australian wine.

Penfolds chief winemaker Peter Gago – who has held the position for 31 years – said the sale was important not just for Penfolds but for the Australian wine industry as a whole.

“I think it’s just a wonderful thing for the Australian wine industry,” he told Business Insider Australia. “It raises the profile and says, well, these are pretty serious world wines.”

Gago says the “secret sauce” to Penfolds’ success is simple. “It’s a matter of balance.”

This means everything from the quality of the grapes to the right bottling equipment.

And sure, over the years modern technology has brought with it advancements in bottling or transportation – but what hasn’t changed is the basic process of making wine.

“The basic fermentation process has never changed,” Gago said. “It is still a transformation by the yeast of the sugars of the grape into a finished wine.”

But Gago also credits the company’s long-standing place in Australian history not just to the winemaking team, but to everyone else involved in the entire process.

While non-alcoholic wines, beers and spirits are growing in popularity, they aren’t necessarily on the cards for Penfolds. Gago explained that in the 1990s, when the company’s wine assets were owned by Southcorp Wines, it made low-alcohol wines.

“It’s a very important niche in the market, just like [with] gluten-free, vegan sensitive, everything in between – they all have their role and their place,” he said. “But in terms of the fine wine world, it’s not a subset.

“It’s something that appeases people who like grape drinks, but not with the ethanol content. When you take the ethanol out of a wine, you change the wine, not just the flavor of the wine – all the character, the texture.”

Looking ahead, Penfolds is engaged in a number of projects. There’s a champagne, which the company first revealed at the Ritz in Paris in 2019. This champagne is a collaboration with French champagne house Thiénot, with the first in a series to be released being the 2012 Chardonnay Pinot Noir cuvée .

Then there’s Penfolds’ 2020 collection coming out next month, which includes the new 2016 Grange, the 2018 Bin 707 Cabernet Sauvignon and the 2018 Yattarna Chardonnay. And, finally, Penfolds has ‘country of origin’ plans. he is working on, including projects in California and Bordeaux, France.

“As they say, if you don’t move forward, you stand still and step back,” he added.