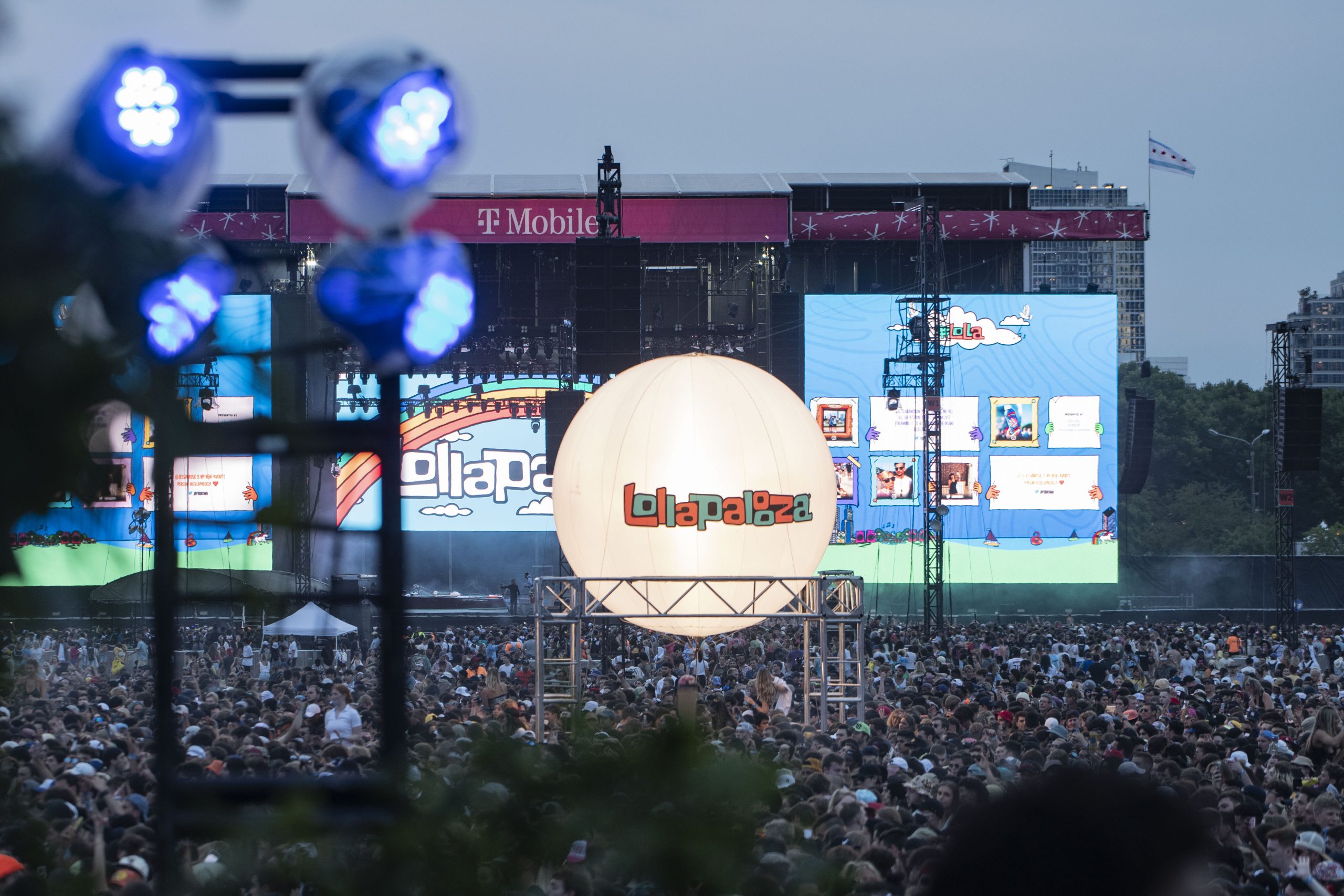 Entering Grant Park on July 29 was like stepping into some kind of reverse quarantine. After a year and a half of relative isolation, the presence of such a large crowd was both exciting and unsettling. Yet with a vaccine or a negative Covid test result required, nearly 400,000 people filtered through the gates of Lollapalooza Chicago 2021. The huge park contained seven stages, side attractions and an impressive, albeit overpriced, selection. , local Chicago food stalls to choose from.

Photographers only get the first three songs of each series to shoot, a blessing in disguise that allowed me to jump into the festival and take a few needed breaks from the noise of the crowds and the 90 degree sun. Right off the bat, day one took me through seven acts at breakneck speed.

Playboi Carti’s Thursday set met a semi-enraged crowd, filling the entire surrounding pitch shoulder to shoulder. A seemingly constant stream of medics came in and out throughout the show, suppressing the nosebleeds after bleeding from the dense group of people. The three song rule was a stroke of luck in this case, allowing me to make a quick exit from the start and avoid getting hit by drunk teenagers.

My last stop for the night was Steve Aoki on the notorious Perry Stage, known for its all-day EDM programming and concentrated rave culture located on the sandiest part of Grant Park. Six-foot-tall subwoofers stirred dust as Aoki worked the crowd like a pro. At least three or four strangers in the front row asked me to hold their sunglasses on as they danced to the crackling bass and sampled tracks from “Crazy Frog” – what an honor, really.

Giveon and Jack Harlow were tasked with warming up Friday’s crowd for Tyler, The Creator in the hours leading up to headlining. By the time Harlow had finished halfway there was hardly any room to move around the park before Tyler’s set; my sincere apologies to anyone I may have accidentally hit with a camera at this point of the night.

Tyler, The Creator’s headlining show single-handedly drew a crowd of several hundred thousand to T-Mobile’s main stage on Friday night. Armed with props, pyrotechnics and a life-size moving boat, his performance was just as visual as it was musical. His recent album, “CALL ME IF YOU GET LOST”, had clearly sparked a lot of anticipation, with fans camping out hours in advance to get closer to the stage; it is precisely this energy that made his set a highlight of the weekend.

Saturday’s particularly star-studded lineup brought new energy to what would otherwise have been a grueling third day. Despite being placed in the middle of the calendar, Megan Thee Stallion gathered one of the biggest crowds of the weekend. The enthusiasm for her first performance was strong for the rest of the night and left “WAP” stuck in my head for at least an hour or two.

Journey later had the misfortune of coming into conflict with Post Malone’s set, and even the promise of “Don’t Stop Believin ‘” couldn’t stop the young audience from waiting for the show to begin. Post. Yet the energy surrounding their performance was timeless and offered a low-key alternative to what I imagine was going on through the park.

After speeding through the festival’s older, middle-aged crowd, I was able to overtake the headliners and get to Marc Rebillet’s performance just in time. His comedy-rap act drew a smaller, but clearly very dedicated fan base to the Grubhub stage. The chants of “daddy” ran through virtually the entire show – Again, a very dedicated fan base.

A slow, cloudy Sunday was the perfect break for a visibly exhausted crowd and my own ever-growing farmer tan. I took the last day to sit and listen to shows, take an extra churro, and wander aimlessly between stages to see what was good.

The Surfaces group put on a show inspired by retro surfing, rich in interactions with the audience and filled with soft yellow lights that matched their specific brand of nostalgic pop. Lead singer Forrest Frank would often crouch down to fan level in the front row and respond to their cries with little personal moments throughout the show.

After Brockhampton asked at the last minute not to have their set photographed, I ended the weekend with EARTHGANG on the smaller Grubhub stage. The rap duo played against each other while putting on a memorable light show that ended my time in Grant Park on a colorful note.