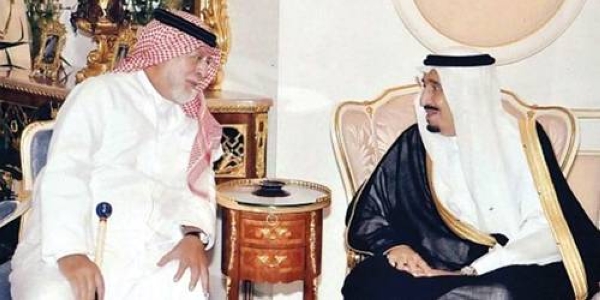 JEDDAH — Several prominent figures including writers, cultural figures, business people and social media activists have mourned the death of prominent Saudi writer and businessman Abdul-Maqsoud Khoja. He was 86 years old. Khoja died in a hospital in the United States of America on Saturday.

Khoja is considered one of the most important symbols of the Kingdom’s cultural movement. He spearheaded several cultural and social activities in Saudi Arabia, including the establishment of the Ithnainiyah Literary Cultural Forum in Jeddah in 1982. He was also the founder and chairman of the Khojah Group, a Jeddah-based property development company.

Born in Makkah in 1936, Khoja held several positions in the Saudi government before quitting his job to pursue business. Among them were the delegate of the Saudi Royal Court to the Saudi Commission in Beirut; representative of the press office of the Saudi Embassy in Lebanon; and Director of the General Directorate of Audiovisual, Press and Publishing in Jeddah before the creation of the Ministries of Culture and Information.

During 1964, Khoja resigned from his government post and turned to self-employment, and founded several businesses in the field of construction, entrepreneurship and industry, including the Khoja group, specialized in the development of housing projects. As founder and chairman of the Khoja Group, he participated in several commercial, industrial and real estate activities in the Kingdom and abroad.

The International Encyclopedia of Arabic Literature (Adab) noted in a message of condolence that Khoja offered notable contributions to Arabic thought and literature through his famous Ithnainiyah Forum, which honored approximately 452 writers and cultural figures from around the world. “May God grant him forgiveness and mercy and welcome him to his paradise, and give his bereaved family members and loved ones patience and comfort in bearing this loss,” Adab said in a statement on his Twitter account.

The Modern Literature Association of Cairo awarded Khoja an honorary scholarship in recognition of his efforts to sponsor the literary and intellectual movement in the Kingdom. Ithnainiyah Forum was honored as a cultural institution by the Ministry of Information in 2010.

Writers, thinkers and journalists from Saudi Arabia and various parts of the world made a point of attending this literary forum, in which more than 440 scholars, thinkers and writers have been honored since its inception.

Cultural activities in Khoja vary under the aegis of Ithnainiyah Forum, which is held every Monday evening at Darati in Jeddah, which he founded to celebrate eminent persons in the fields of literature, poetry and thought 40 years ago, through which he has honored prominent literary and intellectual personalities in Saudi Arabia and various other countries. the world. They included internationally renowned scholars and preachers, including Sheikh Abul Hassan Ali Nadwi from India and Ahmed Deedat from South Africa, as well as many Saudi personalities such as poet Ibrahim Al-Awaji, a female medical scientist and former Shoura Council member Dr. Hayat Sindi, leading physician Dr. Khawla Al-Kuraya and writers such as Safeya Bin Zager and Maryam Al-Baghdadi.

Khoja documented all these events and honorary meetings with distinguished personalities and printed them in a series of books. There are a total of 185 volumes of Ithnainiyah editions. He was also interested in collecting and documenting the literary works of ancient Saudi writers and presenting them for free to interested readers. In 2013, Khoja donated nine manuscripts dating back over 500 years to the Saudi Commission for Tourism and Antiquities (SCTA) for display in one of its public museums.

Climate change could cause bees to grow with unbalanced wings, scientists say