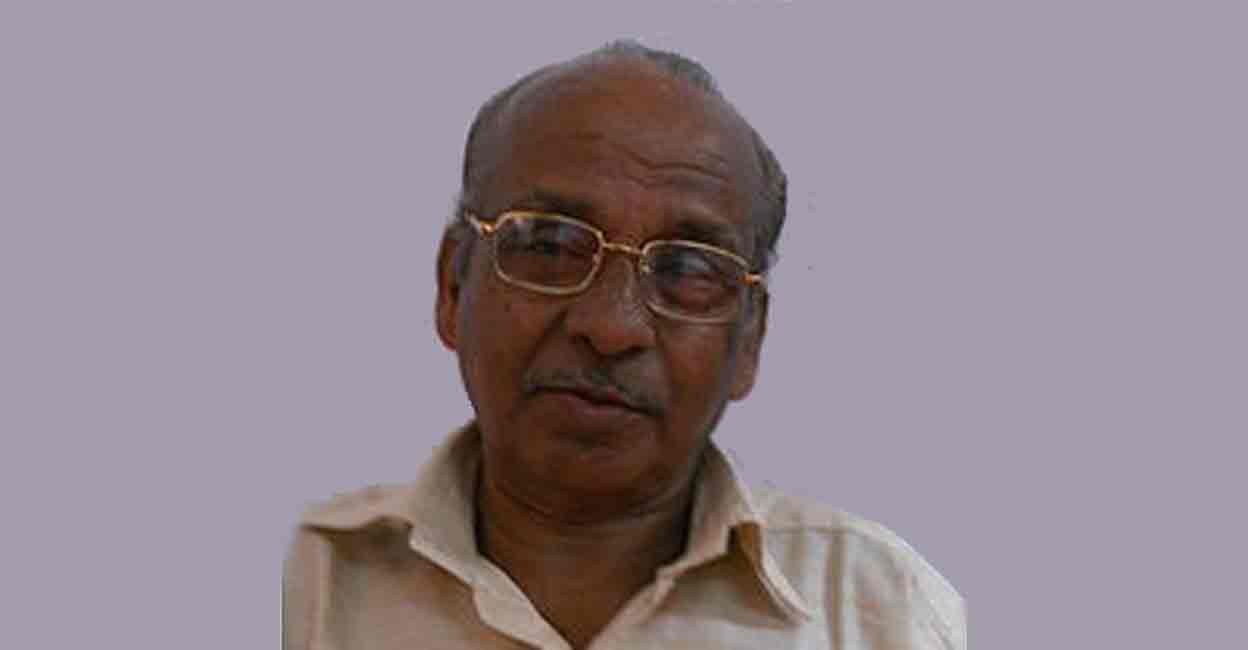 Remembering one of the giants of Malayalam children’s literature

Malayalis often tell how they grew up reading and enjoying fairy tales translated from German, English and Russian. The Russian language seems to have enjoyed the greatest popularity in most parts of India thanks to easy access to books from publishers such as Progress and Raduga. Unfortunately, many children missed out on stories about places in lands much closer to home, as translators and publishers took little initiative to make Indian folk tales popular. One of the great pioneers of this idea of ​​making the stories of Tamil and Telugu speaking states popular among Malayali children was a teacher from Kollam district – Sooranad Ravi.

Born in 1943 in the picturesque village of Sooranad, which borders the districts of Kollam, Alapuzha and Pathanamthitta, Ravi belonged to a generation of idealists who believed in the future of a newly independent India and followed the Hindu reformers. Ravi was deeply influenced by Chattampi Swamikal, who believed that education was the birthright of every person, regardless of caste or creed. Devoting his life to academics, Ravi worked as a teacher at Mannady in Pathanamthitta.

He excelled as a novelist and sought to introduce children to India and the world. Among his best works was 101 Kathakal (101 stories), a large collection including legends, history, myths and puranas. Ravi also took a deep interest in Buddhism and its sachithra buddha kathakal (Illustrated Buddhist Stories) is another nice piece of work.

Ravi’s contributions as a translator, however, are what set him apart from many big names in Malayalam literature. Among his best-known translations is Sreebuddhan, Asiayute velichamthe Malayalam version of Edwin Arnold’s 1879 classic The light of Asiawhich describes the life of the Buddha in the form of a narrative poem.

The cultures and languages ​​of Kerala and Tamil Nadu will forever be intertwined and many Malayalis have a very good understanding of conversational and informal Tamil, but the rich literature of the language is still above the comprehension of an average Malayali . Most people rely on English translations. Ravi took it upon himself to translate Thanjavur ballads into Malayalam. He loved music and wrote books about Pongal songs. He has also translated a collection of Tamil folk tales into Malayalam, with many stories in the collection highlighting the causes of marginalized members of society.

Ravi’s wide range of translations included Telugu folk tales and Tirupathi Balaji stories. Passionate about Gandhi, he translated the Mahatma’s last sermons as well as extracts from his diary. It is clear from his rich bibliography that Ravi was keen to use his writing and language skills to bring people together.

It is regrettable, however, that independent India’s children’s writers rarely got the respect and attention they deserved (with a few notable exceptions). In fairness, Kerala has been kinder to writers of this genre than most Indian states. In 1981, the Kerala State Institute of Children’s Literature was established by the authorities and falls under the state Ministry of Culture. Ravi’s work was recognized by the institute and he promoted his works at the prestigious Thiruvananthapuram book fair. In 2018, the institute awarded him an award for his outstanding contribution to children’s literature. Unfortunately, his fame was mostly limited to Kerala, with little or no information about him in the public domain. His Ariyunda received the National NCERT Award for Children’s Literature in 1989.

Ravi died in 2018 at the age of 75. The best way to honor his legacy is to popularize his work with a new generation of Malayali children who live far from Kerala and have little more than a family connection to the state. Ariyunda, Onapanthu and Killipatukal also deserve translations into English and other languages ​​so that they do not remain confined to Kerala. There is a growing trend among Malayalis abroad to teach their children the folklore of the state. Ravi’s writings would also find takers if they were adapted into animated films. Our joint endeavor should be to ensure that the folk tales of Kerala and other parts of South India find their way to the remotest corners of the world, just as the most remote foreign fairy tales do. famous have made their way to India.

(Ajay Kamalakaran is a freelance writer and journalist, primarily based in Mumbai)

What is the purpose of changing your SOP?