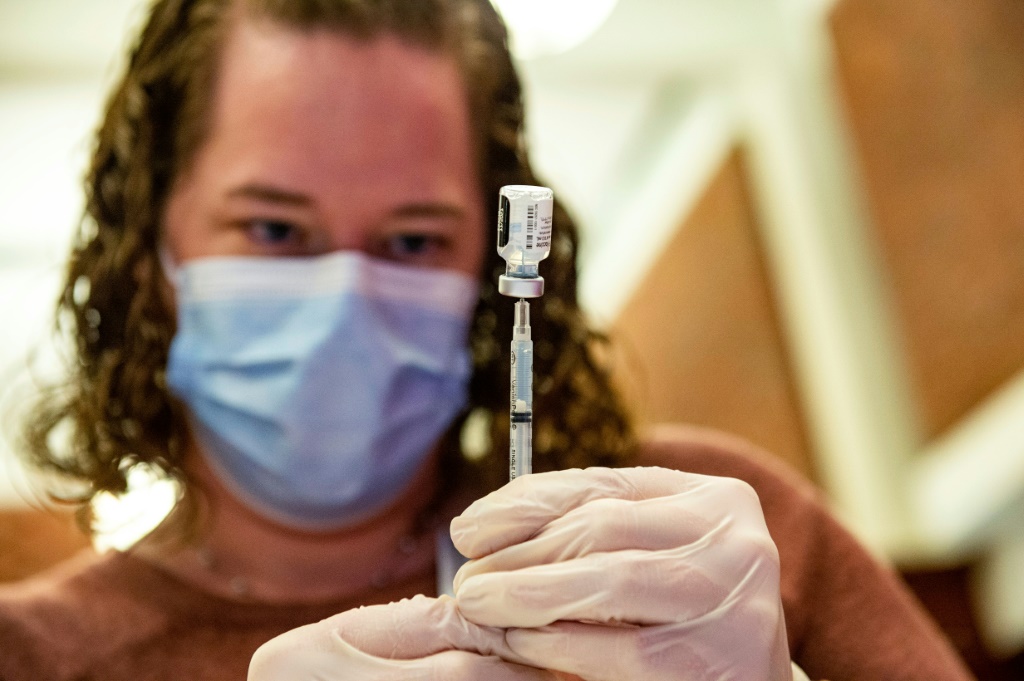 A healthcare worker prepares to inject a patient with a Covid-19 vaccine. – ©AFP

Take a sip of water and read on. New research reveals that staying hydrated can reduce the long-term risk of heart failure. This relates to maintaining balanced serum sodium levels and a more detailed understanding of these levels can help identify adults most at risk of heart disease.

Heart failure is a major public health problem. Six million adults in the United States alone are thought to be living with heart disease (according to estimates from the American Heart Association’s 2021 Statistical Update).

Research conducted in the United States by the Laboratory of Cardiovascular Regenerative Medicine (National Heart, Lung and Blood Institute) reveals that staying well hydrated is associated with a reduced risk of developing heart failure.

Data analysis indicates that consuming adequate amounts of fluids throughout life not only supports essential body function; it also appears to reduce the risk of serious heart problems in the future.

The data is based on a review of some 15,000 adults, ages 45 to 66, who enrolled in the American Community Atherosclerosis Risk Study (ARIC) between 1987 and 1989. The people agreed to share their personal information during medical visits over a period of 25 years.

What was important were serum sodium levels. This increases as body fluid levels decrease. This measure was found to be particularly important in helping to identify participants at increased risk of developing heart failure.

The levels also helped identify older people at increased risk of developing both heart failure and left ventricular hypertrophy (an enlargement and thickening of the heart).

The research is also based on animal studies. Here, using a mouse model, the effect of chronic hypohydration was induced by lifelong fluid restriction. This lifestyle has been shown to promote cardiac fibrosis.

Hypohydration is the end result of a process involving the uncompensated loss of body water. This situation occurs when fluid intake does not match the amount of water lost from the body through sweat.

Along with hypohydration, the condition has been shown to elevate serum sodium. This has led research to consider the association of serum sodium with middle age as a measure of hydration habits with the risk of developing heart failure.

The medical conclusion is that, just like reducing salt intake, drinking enough water and staying hydrated are optimal ways to support your heart and this practice can help reduce the long-term risk of heart disease.

In terms of the amount of fluid to ingest each day, the level varies depending on the needs of the body. However, researchers have recommended a daily fluid intake of 6 to 8 cups (1.5 to 2.1 liters) for women and 8 to 12 cups (2 to 3 liters) for men each day.

Given the increasing prevalence of heart failure, in part a reflection of population aging in high-income societies, timely identification of modifiable risk factors is important to help identify those most at risk. risk.

The search appears in the European journal of the heart, where the research paper is titled “Middle-Aged Serum Sodium Levels at the Upper End of the Normal Range and Risk of Heart Failure”.