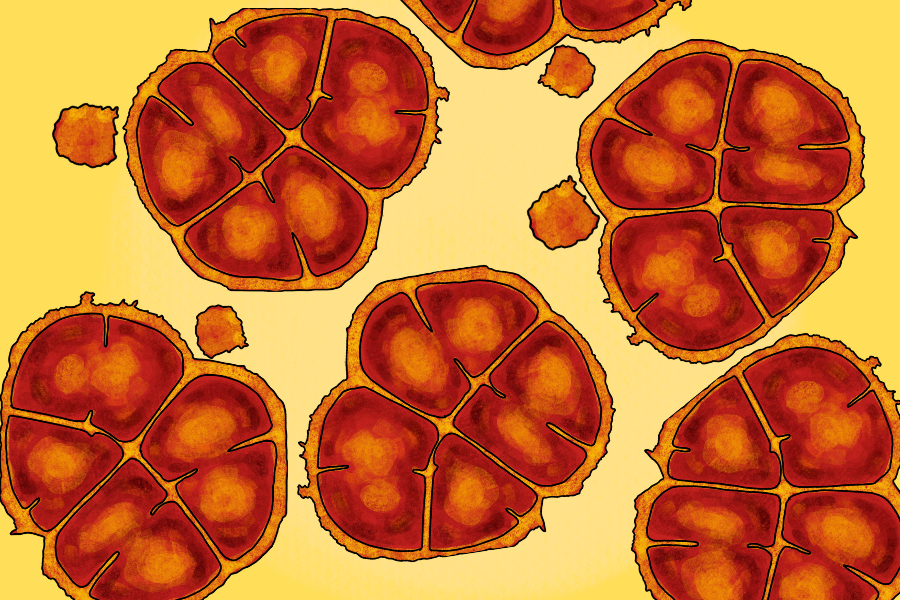 Northwestern professors contributed to a recent study of the ability of bacteria to survive the harsh conditions of Mars. The study used six microorganisms found on earth, including Conan the bacterium, which uses manganese as an antioxidant to resist radiation.

A new paper featuring the Northwest’s research comes closer to answering the age-old question posed by scientists, space enthusiasts and David Bowie: Is there life on Mars?

Chemistry professor Brian Hoffman and research associate Ajay Sharma have collaborated with researchers across the country to study the survival potential of bacteria below the planet’s surface.

For the study, which was published in October, the collaborators placed six microorganisms found on Earth, in cold, dry environments similar to conditions on Mars. The researchers tested the survivability of microorganisms against extreme radiation that modeled certain regions of Mars.

“There’s a very small chance — but I think we’ve shown it’s not entirely zero — that there is dormant, viable life on Mars,” Hoffman said.

When buried at least 10 meters below the surface and protected from intense gamma radiation, the dormant spores of Deinococcus radioduransalso known as Conan the Bacteria, could survive 280 million years, according to the article.

Although liquid water has not flowed on Mars for about 2 billion years, the impact of a meteor, which often occurs due to the lack of atmosphere, could thaw frozen debris that hypothetically contains germs.

“It’s entirely possible that these microbes were able to live normally again, grow, and then freeze again,” Sharma said.

Sharma, who joined Hoffman’s lab in 2009, said their research gave hope that Conan the bacterium could still be found on Mars today.

On December 24, 2021, the National Administration of Space and Aeronautics detected a Marchquake, later determined to be the result of a meteor impact. Photos taken by NASA’s InSight lander showed small white dots around the newly formed crater.

“In the reddish stuff that you’re looking at, there are white specks, white bits,” Hoffman said. “There was ice under there. This is exactly the scenario that (Michael Daly) said that if there was life, it could happen to be rejuvenated.

Daly, a University of Uniformed Services professor who specializes in radiation, conducted the study and previously determined that manganese is the protective force of cells against radiation. Manganese is a mineral found in all known living organisms.

The type of manganese in spore cells indicated how resistant the organism could be to radiation, according to Hoffman and Sharma.

“I think the idea was brilliant to connect the study of manganese to space,” said Hao Yang, a postdoctoral fellow in Hoffman’s lab.

Hoffman and Sharma contributed their knowledge of manganese-based antioxidants to the article. Both have studied antioxidants for the past 12 years using two methods of electron dissociation: double electron-nuclear resonance spectroscopy and electron paramagnetic resonance techniques.

The duo’s lab is leading the pack in EPR and ENDOR research as they create their own instruments and methods, according to Yang.

Going forward, Hoffman and Sharma will continue to work with Daly and other collaborators on finding smaller spores.

“I’m sure someone else will try to do that in the near future, but no one else has jumped in the pool yet,” Hoffman said. “So we swim in the pool on our own.”

— Northwest researchers are building a 3D printable habitat on Mars