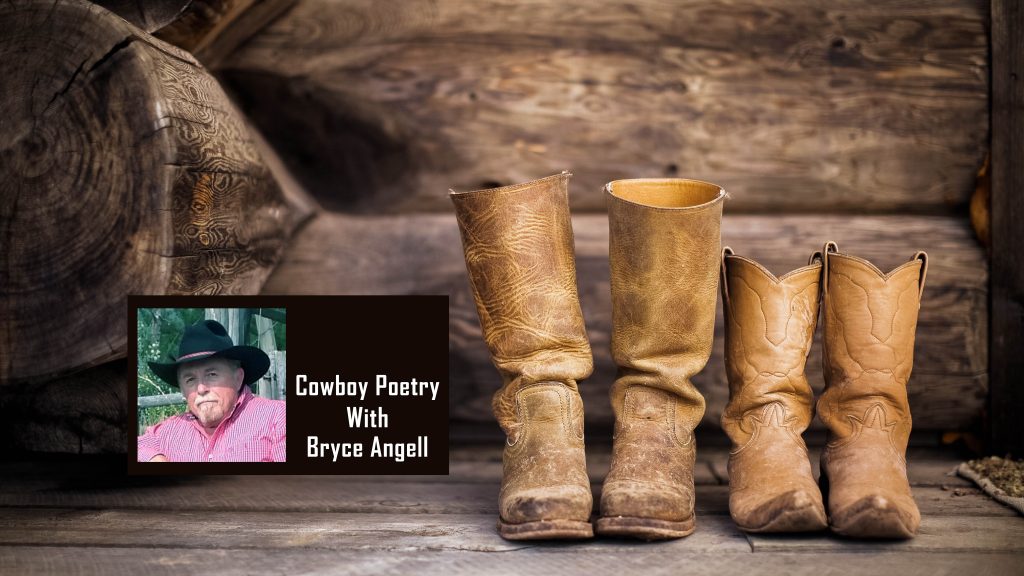 Bryce Angell is a cowboy poet. Angell grew up on a farm/ranch in the St. Anthony, Idaho area with about 75 head of horses. Horses remain an important part of Angell’s life. Angell shares her poetry with Cache Valley Daily every Friday.

I pulled the strap very tight. We had planned a day trip. Cyrus felt the final
tug. His eyes were wide open.

But then my father came running. Made old Cyrus shy. He shouted that he forgot
it’s the 4th of July.

He said, “Undo your saddle, then untie every saddlebag!” And load the horses in
the truck. We need to find a flag!

It amazed me how we both forgot about this special day. Somewhere he would find a
flag to show respect in its own way.

This time my dad drove. He pressed the pedal to the floor. I could feel her
despair as he spoke of the war.

He talked about his friends who fought and some of them who died. And the men
who lived would go on living all torn inside.

He said he promised to respect the men he knew. He was still standing and
salute our great reds, whites and blues.

I could see my father’s concern with his furrowed brows. ‘Cause it seemed
take forever just to get back to town.

On the outskirts of town, my dad said, “We’re finally making hay. it looks like
we celebrate Independence Day.

The parade was beginning. Two Grand Marshals took the lead. Both
the guests of honor were seated high up on their favorite steed.

But in front, the flag of our country was big and absolute. Dad said, “I’m not in
uniform, but I will salute anyway.

He straightened up, saluted, as the flags passed. i swear it was
enough to make an adult cry.

Well, that was many years ago. I too respect the flag. The living example of my father
taught me well. This is not boasting.

Our flag is a sign of freedom but it did not come about by chance. Too many men and
women have died to keep us from going mad.

This time of year our flag will be flown at shows and rodeos. Remember our
ancestors. The life they chose for us.

So when you see the flag go let’s try to connect and put our hand over it
our hearts and show respect for our flag.