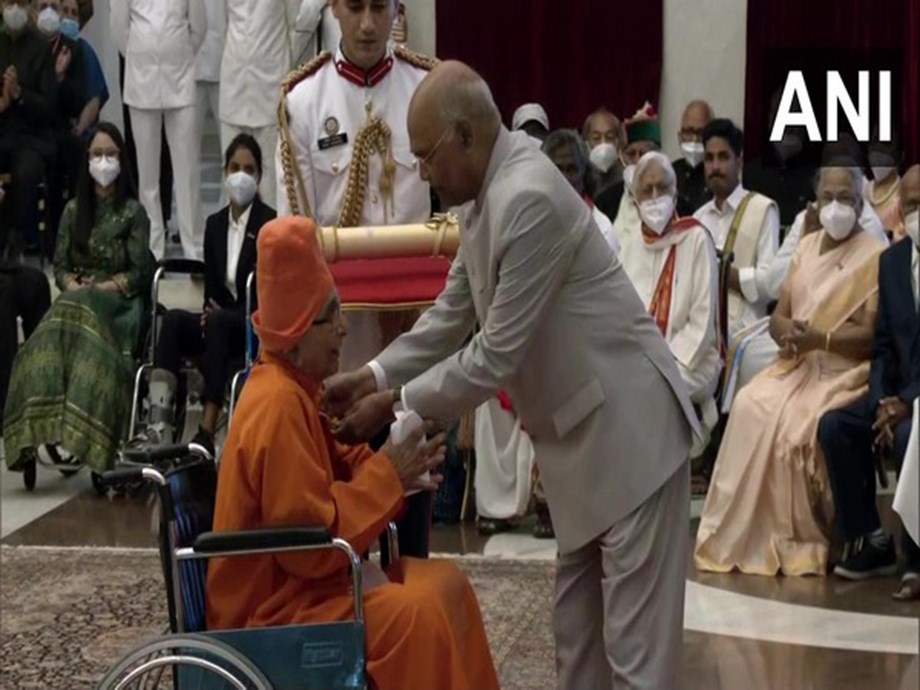 Sachidanand Swami, a writer from Gujarat, on Monday received the Padma Bhushan Award from President Ram Nath Kovind for his work in literature and education. He is the author of several popular books including Mara Anubhavo and Videshyatrana Prerak Prasango, Bhartiya Darshano, Sansar Ramayana, Vedanta Samiksha, Shrikrishnalila Rahasya, Mahabharat Sar.

The Padma Awards, one of the highest civilian awards in the country, are awarded in three categories, namely Padma Vibhushan, Padma Bhushan and Padma Shri. The awards are given in various disciplines/fields of endeavors viz. art, social work, public affairs, science and engineering, commerce and industry, medicine, literature and education, sports, civil service, etc. “Padma Vibhushan” is awarded for outstanding and distinguished service; ‘Padma Bhushan’ for distinguished service at high level and ‘Padma Shri’ for distinguished service in any field. The awards are announced annually on Republic Day. These awards are bestowed by the President of India at ceremonies held at Rashtrapati Bhavan, usually around March/April every year. This year, the President approved the awarding of 128 Padma Awards, including two duet cases (in a duet case, the award counts as one).

The list includes 4 Padma Vibhushan awards, 17 Padma Bhushan awards and 107 Padma Shri awards. 34 of the laureates are women and the list also includes 10 persons from the Foreigners/NRI/PIO/OIC category and 13 posthumous laureates. (ANI)

(This story has not been edited by the Devdiscourse team and is auto-generated from a syndicated feed.)