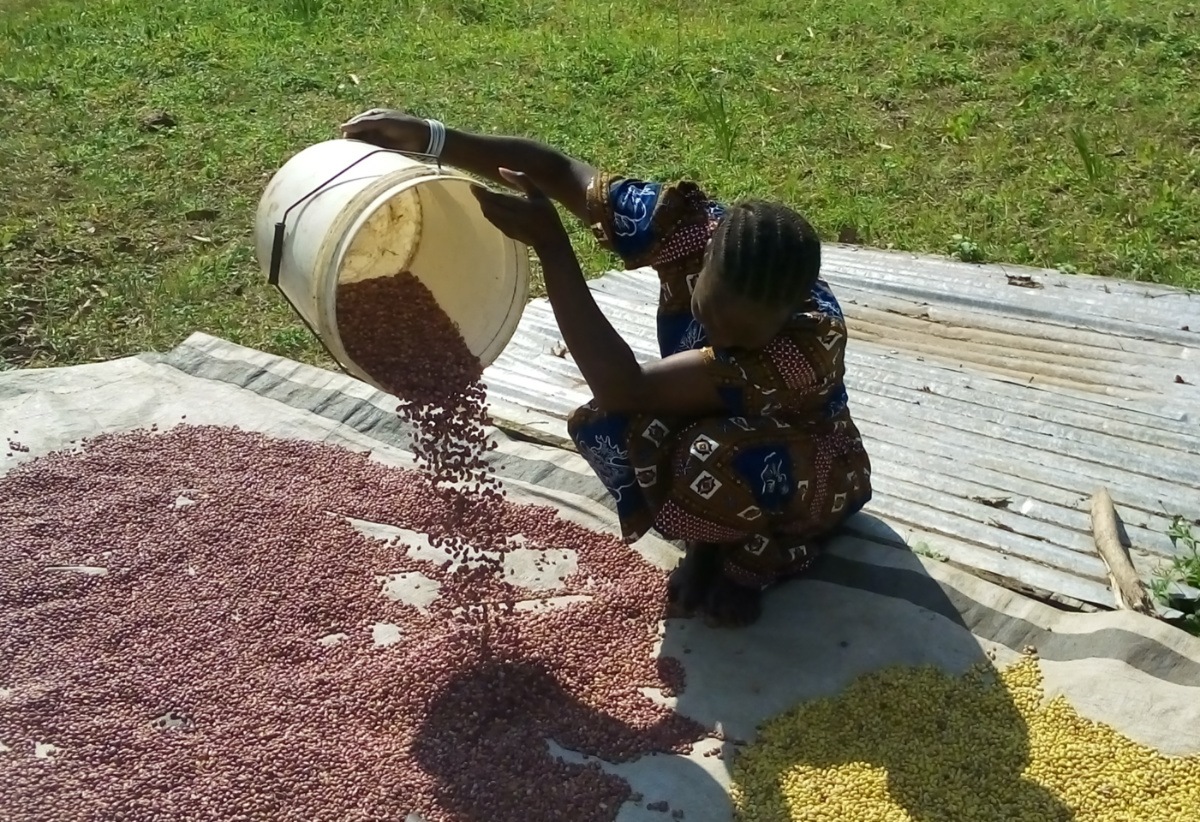 South Sudan’s Mundri region is a world away from Ukraine’s battlegrounds, but for Caterina and others in her part of the world, the connection has never felt more real.

Caterina and her family depend on agriculture for their food and livelihood. They know how vulnerable this can make them. Caterina is a member of a local farmers’ group set up by Tearfund Australia’s partner, the Sudan Evangelical Mission, which responds to food and economic insecurity in the region. For over 20 years, Tearfund has partnered with SEM as they have faithfully served communities through years of violent conflict and the impacts of an increasingly harsh climate.

“On my farm, I have faced so many challenges…poor planting methods, land preparation, weed management and storage. The crops on the small area of ​​land were always attacked by diseases and pests, and we didn’t know how to counter them,” Caterina said. The training Caterina received from SEM has been instrumental in helping her navigate these challenges, support her family and prepare for the seasons to come.

Living in the Mundri region of South Sudan, Caterina and her family depend on agriculture for their food and livelihood. PHOTO: Courtesy of Tearfund Australia.

Secure and reliable access to food is one of the basic building blocks that lift people out of poverty. However, after decades of progress, hunger and severe food insecurity are on the rise.

At this moment, the world is on the verge of a new crisis. Fifty million people are on the brink of starvation. In communities and countries where people were already struggling to find food due to climate change, conflict and COVID, the war in Ukraine has pushed them to breaking point. In Somalia alone, an estimated seven million people are at risk of acute food insecurity between June and September this year. Without food and immediate therapeutic care, nearly eight million children under the age of five are at risk of dying from malnutrition, with the number increasing by the minute.

“Right now, the world is on the brink of a new crisis. Fifty million people are on the brink of starvation. In communities and countries where people were already struggling to find food due to climate change, conflict and COVID, the war in Ukraine has pushed them to breaking point. »

The escalation of the food crisis highlights the importance and urgency of acting to combat climate change. Kuki Rokhum, Training and Engagement Manager for EFICOR, Tearfund Australia’s Indian partner, has witnessed the worsening experience of people living in poverty in India from the impact of climate change and says: “In India, as elsewhere, we are feeling the effects of climate change in extreme weather events, changing monsoon patterns and record high temperatures. EFICOR works with farmers who tell us how things have changed. Unpredictable monsoons affected production. More frequent droughts and floods cause huge losses to farmers and have a disastrous impact.

In much of the Horn of Africa, the climate crisis has altered weather patterns in the region. With four successive failed rainy seasons and another potentially on the way, food is scarce and crops have wilted. And in Afghanistan, a severe drought was crippling communities where 60% of families depend on agriculture for their livelihoods.

For many rural communities, the drought has made their traditional way of life impossible. It also means that when the rains come, the land can no longer absorb water as it used to. This leads to flash floods – because the water has nowhere to go. Homes and what little crops or livestock remain are swept away.

Tearfund has been a strong advocate for global action on climate change for over two decades. Earlier this year, Tearfund published its landmark research report They will inherit the Earth, to open a new conversation within the church about climate change and how we as Christians are called to respond to it. Recently, we recognized and celebrated the milestone of the passage of the Federal Government’s Climate Bill through the House of Representatives. This is a positive development in a country where for too long the conversation and action on climate has been polarized and stagnant. Yet the hunger crisis affecting millions of people today is another stark reminder of the work that remains to be done.

Back in Mundri, South Sudan, new techniques in agricultural production, pest and disease control, land preparation and crop diversity are transforming Caterina and the other farmers in her group.

“Although it was interrupted by heavy rains, the little I harvested helped my family. Thanks to my small yield, I managed to pay school fees and social assistance for my family members, save some to maintain my family’s standard of living and buy medicine,” Caterina explained. She hopes the income from her produce will also give her access to more land to cultivate.

“The knowledge and skills I acquired during the training really made a big difference. It has improved my farming activities, I expect to receive a good harvest this year and my family will have access to their basic needs.

Tearfund Australia partners are actively working in the countries hardest hit by this hunger crisis, including Afghanistan, Uganda, Yemen, Mozambique, Somalia, South Sudan and Ethiopia. Our long-term focus on supporting climate-resilient agriculture, food and livelihoods projects and our focus on food security are having real and lasting impact.

Together, we must act now.
It’s hard not to feel overwhelmed and alienated from the problem of world hunger in places like South Sudan. But for each of us, there are practical ways to make a difference.

Last week, Tearfund Australia launched a Appeal for the Hunger Crisis, seeking to raise urgent funds to support communities in the region who are directly affected by these global and local events. At the same time, Tearfund has joined our development colleagues here in Australia in calling on the Australian government to step in and do its part to respond to this unfolding crisis. Some $150 million is needed to avert disaster in the worst-hit hunger hotspots, including the Horn of Africa, Yemen and Afghanistan.

Together we can make a difference, save lives and fight hunger.