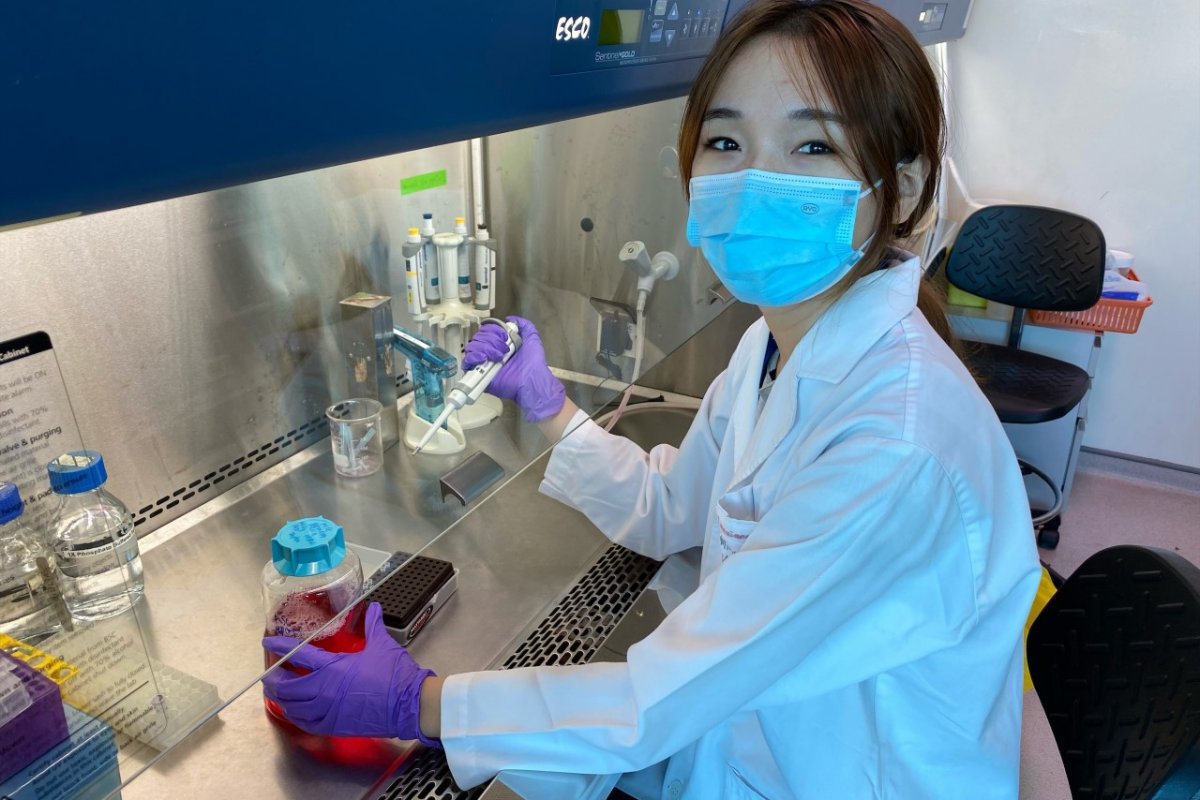 Researchers from the Singapore-MIT Alliance for Research and Technology (SMART), MIT’s research enterprise in Singapore, have identified a Critical Quality Attribute (CQA) that potentially enables the development of rapid and sensitive process analysis for sterility. Specifically, this technology enables the detection of early-stage microbial contamination in human cell therapy (CTP) products.

Cell therapy represents one of the most advanced biotechnological revolutions in medicine, with great potential to repair damaged tissue and treat a range of conditions such as degenerative diseases and cancer. It works by providing living cells to replace or repair damaged tissues and cells. Notably, the manufacturing processes of many CTPs are complex and the products themselves have a short shelf life. During the manufacturing process, cultured cells are vulnerable to microbial contamination due to the use of nutrient media, which promote the growth of human cells but may also promote the growth of harmful microorganisms. Therefore, PTCs pose a risk of possible transmission of infectious agents from cells to patients, which can cause serious bacterial infections.

To control microbial risks and ensure the safety of PTC products, sterility testing and monitoring is required in the manufacturing process and prior to patient infusion. This can be achieved by identifying CQAs, which are key properties or characteristics of CTPs that must fall within appropriate limits or ranges to achieve the desired quality of products. The identification of a secreted metabolite biomarker thus paves the way for the development of a rapid and accurate sterility testing method that could determine microbial safety as early as possible, without also affecting the human cells that serve as the patient’s drug.

A breakthrough developed by researchers from the SMART Analytics for Personalized Medicine Manufacturing (CAMP) interdisciplinary research group is key to overcoming the challenges of widespread adoption and manufacturing of CTPs.

The method developed by CAMP uses the ratio of two metabolites, nicotinic acid to nicotinamide, as a biomarker to detect a broad spectrum of microbial contaminants in cell cultures. The team’s research is explained in an article entitled “The ratio of nicotinic acid to nicotinamide as a microbial biomarker for assessing the sterility of cell therapy products”, published recently in the journal Molecular therapy: methods and clinical development.

“This interdisciplinary, team-based approach to technology development that addresses critical bottlenecks in cell therapy manufacturing – including safety assessment that is as fast as therapy production – is a hallmark of SMART CAMP’s research goals,” says Krystyn Van Vliet, professor of materials at MIT. science and engineering, associate vice-rector and associate vice-president for research who is also co-leader of SMART CAMP with Hanry Yu, professor at the National University of Singapore.

This method surpasses existing and conventional techniques in terms of sensitivity and speed. It can detect microbial contamination in half a day, depending on the type of microorganism tested. In contrast, conventional methods require up to 14 days for detection. Alternative microbiological methods also face several limitations, such as the invasive process of cell extraction from and during the manufacturing process, requiring an incubation period for microbial enrichment which extends the detection time to several days, or detecting only a limited range of bacterial species.

Overcoming existing limitations, the method developed by CAMP is able to rapidly detect cell therapy contamination, using a small volume of spent cell culture medium in a cell-nondestructive manner while maintaining human CTP. Additionally, this approach can differentiate between live and dead bacteria. Dead bacteria are not infectious, and the ability to identify and measure only live bacteria, which pose a health threat, could reduce false positive rates.

“Our new analytical test method is the first reported method that has identified a secreted metabolite biomarker as a potential sterility AQC for detecting microbial contaminations caused by a wide range of microbial species. The method addresses one of the main challenges of developing rapid sterility process analysis technology in the manufacturing process of CTPs to ensure the rapid and accurate assessment of microbial safety, which will accelerate the adoption and production of high-quality CTPs” , says Jiayi Huang, senior postdoc at SMART CAMP and lead author of the paper.

“This sterility biomarker has the potential to become a rapid method for early detection of microbes for manufacturers. As we can directly sample the cell therapy product supernatant without the need to subculture valuable cells, this could be a significant advantage for tracking throughout the cell therapy production process. We are pursuing a number of translational avenues, including small-scale mass spectrometry and optical methods,” adds Stacy L. Springs, Principal Investigator at SMART CAMP, Executive Director of the MIT Center for Biomedical Innovation, and corresponding co-author.

This finding also benefited from the perspectives of co-authors Scott Rice, Principal Investigator at SMART CAMP, Professor at National Technical University and Deputy Research Director at the Singapore Center for Environmental Life Science Engineering with expertise in microbial communities; and Yie Hou Lee, scientific director of SMART CAMP with expertise in metabolomics analysis.

The study provides a new way to detect incidental microbial contamination based on the secreted metabolite of microbes in the surrounding fluid or supernatant of human cell culture. The SMART CAMP team is currently working to translate the research into innovative analytical technology of the infertility process to improve the quality of CTPs. The impact of the research findings also applies beyond the field of medicine, providing new opportunities for the development of products and technologies relevant to detecting microbial contamination in other industries, including healthcare. , food, cosmetics and the environment.

The research is conducted by SMART and supported by the National Research Foundation (NRF) of Singapore under its Campus for Research Excellence And Technological Enterprise (CREATE) programme.

CAMP is an interdisciplinary SMART research group launched in June 2019. It focuses on better ways to produce live cells as drugs, or cell therapies, to provide more patients with access to promising, approved therapies. CAMP researchers are tackling two major bottlenecks facing the production of a range of potential cell therapies: CQA and PAT. Leveraging extensive collaborations within Singapore and MIT in the US, CAMP invents and demonstrates CQA/PAT capabilities from stem cells to immune cells. His work focuses on conditions ranging from cancer to tissue degeneration, targeting adherent and suspension cells, with and without genetic engineering.

CAMP is the R&D hub of a comprehensive nationwide cell therapy manufacturing effort in Singapore.

SMART was created by MIT and NRF in 2007. SMART is the first entity of CREATE. SMART serves as the intellectual and innovation hub for research interactions between MIT and Singapore, undertaking cutting-edge research projects in areas of interest to both. SMART currently includes an Innovation Center and five IRGs: Antimicrobial Resistance, CAMP, Disruptive and Sustainable Technologies for Precision Agriculture, Future Urban Mobility, and Low Power Electronic Systems.