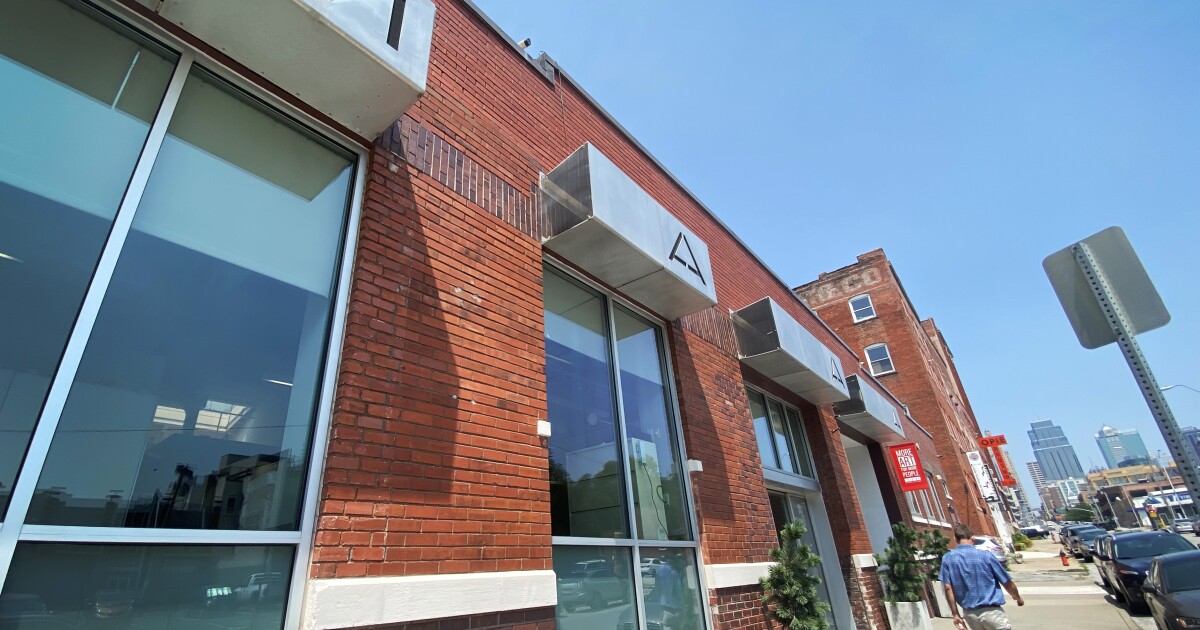 Sounds Of Poetry Will Now Welcome Kansas Citizens Marching To A Crossroads | KCUR 89.3

Anyone who crosses the Carrefour by January can hear it: poetry. The poetry will flow from the sidewalk speakers along Baltimore for 12 hours a day, seven days a week.

The Mid-America Arts Alliance building has been closed to the public since March 2020, when the coronavirus upended normal routines, so arts and humanities programming director Kathy Dowell got creative in his attempts to involve the public.

Dowell says, â€œWe have this building where we usually invite people here to find out about the work that we do and to participate in supporting the artists that we support, and wouldn’t it be interesting if we could do something with poets and support the work of poets?

The show she and poet Quraysh Ali Lansana have orchestrated is called “Forgotten Stories”, as part of a partnership between M-AAA and Tulsa, the Oklahoma Tri-City Collective of which he is co-founder. .

As curator of the exhibition, Lansana commissioned two poems from a poet in each state served by M-AAA: Arkansas, Kansas, Nebraska, Oklahoma, Texas, and Missouri. Every first Friday will begin the work of a new poet.

â€œWhat we wanted to do with the ‘Forgotten Stories’ project was really push those who would come out and find things that the history books overlooked or forgotten,â€ says Lansana.

The first is ire’ne lara silva from Austin, Texas. After quite a bit of research, she wrote â€œTo the South,â€ a poem about the former slaves who escaped by traveling south rather than north.

Lansana said the poem gives the pulse of the project.

â€œHere is an aspect of the history of the United States that I think very few people know about, and very few people realize that our Mexican brothers and sisters were helping black people find freedom by going south rather than ‘north,’ he added. Lansana said.

The poem tells how Mexico abolished slavery in 1829 and subsequently refused to sign any document requiring it to deliver fugitives who reached its border.

Because one of her interests is ignored or unacceptable history, Silva was eager to write two poems in this vein to share in Kansas City.

Missouri will be represented by Kansas City poet Glenn North, whose two poems will be played over the loudspeakers starting the first Friday in October.

One of North’s poems, described by Lansana, is about the first Kansas Colored Infantry who defeated a band of Confederate rebels and paved the way for black soldiers to fight in the Civil War.

Lansana says, â€œThis is a wonderful example of discovering and rediscovering history that has been swept away, overlooked or forgotten. Under-explored to say the least.

The second poem Silva wrote for â€œForgotten Storiesâ€ is about a part of her life that she considered to be similarly under-explored. His name is â€œJuanita Espinoâ€.

It’s about “the conflicting space that a Latinx person of Indigenous ancestry occupies when they want to claim Indigenous identity and how different it is to claiming an Indigenous identity when someone is registered with the government.” as a member of an indigenous nation, â€silva explains.

Cultural erasure takes place within households in conflict as well as in the hands of governing bodies. silva saw it in her own house and, for a very long time, thought she was alone in this case – she wants others who grew up the same to see themselves in the room.

Silva’s mother and father were both born in the United States, but her mother was a dark-skinned “Mexican on this side”, as Silva would have put it. His mother also had ties to indigenous peoples, although Silva is no longer sure which ones.

His father, meanwhile, was a fair-skinned Mexican American who generally ignored all roots except those from Spain. To say the least, Silva’s mother’s legacy has not been celebrated alongside that of her father.

So, in â€œJuanita Espino,â€ Silva wrote about how shame informs identity, especially when previous generations were so ashamed to identify as indigenous that they wiped out all traces.

â€œNot a soft erasure, not the erasure of time, but very deliberate intentions to erase those bonds and connections,â€ she says.

She hopes that when people walk down the street near M-AAA and hear her read the two poems through the loudspeaker, they will stop and listen.

â€œI hope to make people curious,â€ says Silva. “I hope it arouses curiosity to go find out more or that it triggers a discussion with someone else.”