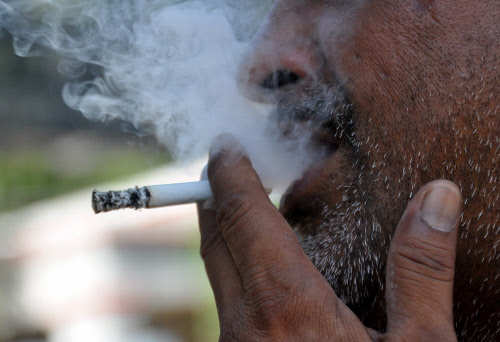 India’s more than $12 billion tobacco industry has a new problem on its doorstep as the government is set to enforce strict regulations regarding the consumption of tobacco, mainly cigarettes. While the need for tobacco regulations is to be welcomed as it impacts the health of millions, in a year when the government needs to ensure its cash flow remains strong, it remains to be seen whether Finance Minister Nirmala Sitharaman will hurt people like India. major tobacco companies, ITC. For ITC, cigarette sales alone account for 46% of its total revenue, or $6 billion in fiscal 2020.

The Government of India has proposed several amendments to the Cigarettes and Other Tobacco Products Act 2003 (Prohibition of Advertising and Regulation of Trade and Commerce, Production, Supply and Distribution).

Here are the proposed changes:

The changes are expected to take effect from February 1, 2021.

The changes are proposed to promote a healthy lifestyle as nearly 267 million Indians today use tobacco in one form or another. According to a report by Global Tobacco Index, the economic cost of tobacco-caused disease is over $22.4 billion in India.

However, the proposed implementation of these products has already sparked dissent from Indian retailers and the tobacco industry. According to a Reuters report, Indian tobacco companies will vehemently oppose the new rules, some of which have already started to see the impact on the stock market.

ITC, one of India’s largest tobacco companies which generates almost €2 billion in cash every year, was underperforming in the stock market until about two months ago when it suffered a rally in its share price.

The Federation of Retail Associations of India had also called on the Prime Minister to reverse the proposed changes under COTPA. The association said the changes were aimed at destroying small retailers without really affecting large Indian retailers.

“By making age-old business practices like the sale of cigarettes in bulk a prosecutable offense and a 7-year prison sentence for petty offences, petty traders are being made out to be heinous criminals. Compared to 2 years in prison for extortion or dangerous driving causing death, this is the extreme of extremes. This puts sellers of paan, bidi and cigarettes in the same crime list category as someone willfully throwing acid at someone or causing death through negligence, etc. everyday life ? said Ram Asre Mishra, President of the Federation of Retail Associations of India.

The association also said that changing the area near an educational institution where tobacco can be sold from 100 meters to 100 meters will hurt small traders who will have to pack their bags and move. “According to the law, we do not sell tobacco products to minors. In congested and heavily populated cities, such a restriction is impractical. Small retailers will have to leave their place with no way to support themselves. Also, if a new educational institution appears within 100 meters of the retailer’s location and they will again be asked to move,” said Gulab Chand Khoda, co-secretary of FRAI.

Here’s why the government could push to stop the retail sale of bulk cigarettes. According to the ITC Annual Report of 2020, it is estimated that due to illegal cigarettes alone, the loss of revenue for the government is almost ₹15,000 crore per year. “About 68% of the total tobacco consumed in the country remains outside the tax net,” the report said.

Here is an overview of the taxes paid by ITC, which does not even include the 28% GST on cigarettes, which is a huge revenue driver for the government.

A recent report from the Global Tobacco Index indicates that the tobacco industry, directly or indirectly, often reaches out to the government to obtain changes in favor of the industry. The report cites examples from the e-cigarette ban and tobacco taxation, where industry leaders have pushed for changes in government policies.

Speaking of tax policies, the report cites that Godfrey Phillips in his annual report spoke of the strict taxation of cigarettes. “He said that ‘the high level of taxation’ has ‘led to the increase in the illicit trade in cigarettes’, and conveniently linked this to ‘consequent loss of revenue for the government.’ He said that ‘various agencies and industry companies have urged the government to consider reducing cigarette taxation to pre-GST levels”. tobacco companies: Golden Tobacco Limited, Godfrey Phillips and ITC,” the report said.

The upcoming budget could be a game-changer

The budget has always mentioned changes for the tobacco industry. In the 2020 budget, Finance Minister Nirmala Sitharaman increased the excise duty paid on cigarettes. The National Calamity Contingent Duty (NCCD) on cigarettes has been increased from 212% to 388% depending on the length of the cigarette sticks.

And the next Budget 2021 could once again change the situation. Analysts believe the government could ask the tobacco industry to pay more. “The possibility of a GST hike in the budget or at any GST council meeting remains high due to weak public finances amid the COVID-19 situation,” Motilal analysts said. Oswal Securities.

SEE ALSO:
Budget 2021: From income tax deductions to creating jobs and improving health care – Here’s everything that could be in Nirmala Sitharaman’s tax plans

GTT announces a change in the management team