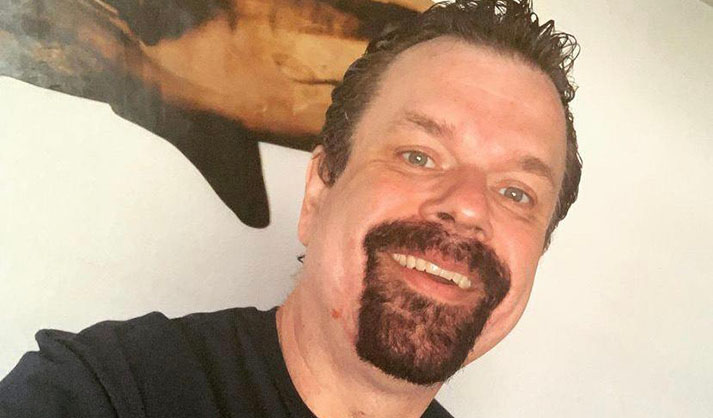 ‘The Klute’ featured at the Sedona Poetry Slam on March 5

With the fourth poetry slam of the season fast approaching, the Sedona Poetry Slam proudly welcomes Arizona poetry slam icon Bernard “The Klute” Schober to the stage on Saturday, March 5.

The performance poets will present energetic and competitive spoken word at the Mary D. Fisher Theater beginning at 7:30 p.m. with The Klute performing between rounds.

The author of four published works “Kluteocrypha”, “Chumming the Waters”, “High-Concept Sci-Fi Horror Mashup!” and “Cap’n Klute’s Ocean Almanac”, he also runs the YouTube channel “The Undersea World of the Klute”, bringing his poetic take on sea and shark conservation shorts with footage he filmed from world, from the depths of the Indian Ocean. from the depths of the South African coast, to the shrinking and climate-threatening islands of the Maldives, to the sunny waters of the Philippine Sea. Even tempered by the oceans, his political scalpel remains sharper than ever, and with a target-rich environment like today’s, no one is spared.

How does Megalodon feel about extinction? Want to know the epic quest for all hammerhead sharks? What do great white sharks think of Discovery Channel cameramen? Experience all of this and more in Sedona, March 5 at the Mary D. Fisher Theatre!

A poetry slam is like a series of high-energy three-minute pieces, judged by the audience. Anyone can register to participate in the slam for the grand prize of $75 and the second place prize of $25. To enter the slam, poets will need three original poems, each no longer than three minutes. No props, costumes or musical accompaniment are permitted. The poets are judged in Olympic fashion by five members of the public drawn at the start of the slam.

Slam poetry is an art form that allows poets on the written page to share their work alongside stage performers, hip-hop artists, and lyricists. Poets come from as far away as Phoenix, Tucson and Flagstaff, rivaling adult poets from Sedona and Cottonwood, college poets from Northern Arizona University and young poets from Sedona Red Rock High School. All types of poetry are welcome on stage, from street hip-hop and narrative performance poems, to political rants and introspective confessionals. Any poem is a “slam” poem if it is performed as part of a competition. All poets have three minutes per round to entertain and inspire the audience with their creativity.

The next poetry slams of the season will take place on Saturday, April 23 and May 14.

The prize money is funded in part by a donation from Verde Valley Poetry Supporters Jeanne and Jim Freeland.

Email [email protected] to register early to compete or by Friday before the slam or at the door on slam day. Poets wishing to compete must purchase a ticket in case the list is filled before their arrival.