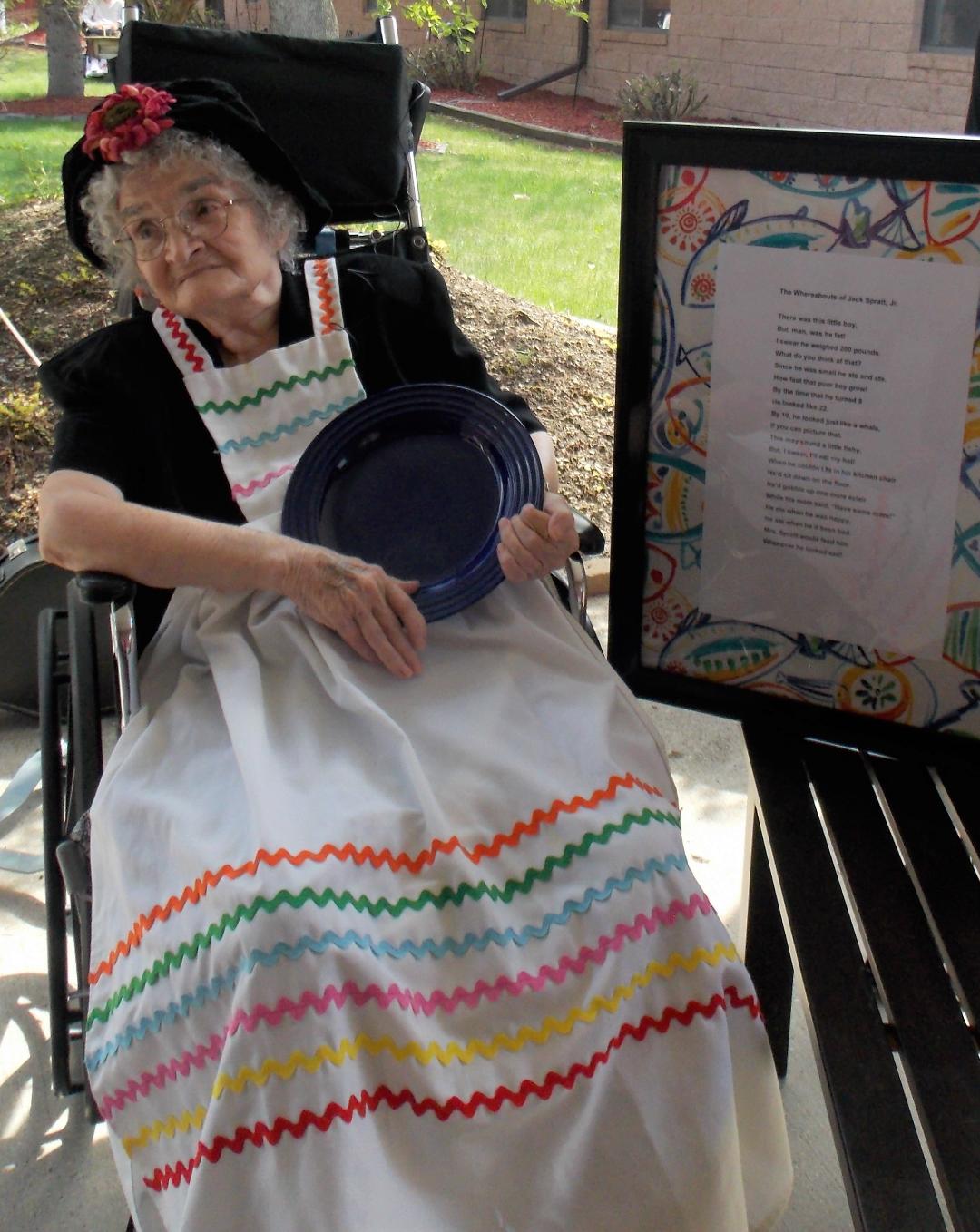 BIG RAPIDS – Alicia Oldham’s career as a poet may have started late, but her artistic legacy continues long after her passing.

Alicia Patch Oldham, of Chippewa Lake, died aged 91 in 2018 after a long illness.

A self-taught and diverse artist and poet, Oldham pushed back on her dreams of pursuing art and poetry while raising nine children. His first fine art exhibition was at age 80.

Oldham’s interest in poetry began at an early age. When she was just 5 years old, she attended Deland School, a one-room school in Temperance, Michigan. Her teacher asked her to memorize a short poem and recite it on stage in front of an audience at their Christmas play.

“She used to sketch for the family when she was young, movie stars and Christmas cards. She didn’t have her first exposure until she was 80 years old. I always compare her to Grandma Moses, how she started so late. said Lisa Oldham, Oldham’s daughter, referring to the American folk artist who began her painting career at 78.

Alicia Oldham participated in ArtPrize eight times between 2010 and 2018. In 2018, at the age of 91, she was one of the oldest artists to participate.

“We are very proud of Mom’s accomplishments and the eight times she has entered her art, poetry and video poems into the ArtPrize! Many of our family members have been influenced by Mom’s interest in creative endeavours, and developed their artistic talents in writing, singing, performing, playing musical instruments, acting, painting and drawing. Mom’s artistic legacy continues,” said her daughter, Ronnie Woods.

Lisa Oldham said her mother was ill most of the year when her poem was shortlisted for ArtPrize.

“We were grateful that she was able to participate in ArtPrize one last time,” said Lisa Oldham.

Lisa Oldham said when her mother was very ill she couldn’t see or speak, but she made her a promise.

“‘I just want you to know that I will continue to bring your art to the public, making sure that the public always sees your works and your poetry,'” Lisa Oldham told her mother, “and she smiled and she nodded. At least I told her what my plan was, so she knew I was going to keep doing it.”

REGISTRATION FOR THE 2018 ART PRIZE

Alicia Patch Oldham’s 2018 ArtPrize entry was a video/poem of her “rhyme” titled “The Whereabouts of Jack Spratt, Jr”. It was her version of the Jack Spratt nursery rhyme and it was written when she was only 11 years old.

“When mum was a child in elementary school, her idea for this poem came about seeing pictures of Tweedle Dee and Tweedle Dum when she read the book, Through the Looking Glass, and What Alice Found There,” said Woods. “His Jack character eats the plate and everything. Mum said this idea was inspired by a phrase she often heard her mother say at the table, ‘Finish your plate!’

Years later, she lost everything in a house fire (including the poem). She rewrote the poem from memory at age 70 and eventually recorded it.

As they read the poem, the Oldham girls hope readers will remember that it was written by a child in 1938.

Woods said: “If the mum poem was written today, I guess the subject of overeating until you explode wouldn’t be very acceptable. poem more than 80 years ago.”

“The Whereabouts of Jack Spratt, Jr.”

There was this little boy,
But, man, was he fat!
I swear he weighed 200 pounds.
What do you think of that?

Since he was little he ate and ate
How quickly this poor boy has grown!
By the time he was 8 years old
He looked to be 22 years old.

At 10, he looked like a whale,
If you can imagine that.
It might sound a bit dodgy,
But, I swear. I’m going to eat my hat!

When he couldn’t fit in his kitchen chair
He was sitting on the ground.
It would swallow one more lightning
While her mother said, “Take more!”

“Finish your plate before playing”
Mrs. Spratt always said.
So he would try to be the perfect boy,
(Because he wanted to obey).

One day he disappeared
And the only thing they found
Were pieces of cracked blue porcelain –
Scattered all around.

They say “It just exploded.”
I guess that must be true.
There is no other explanation.
I can’t think of one, can you?

Now, this tale may seem a bit “tall”.
(Did Junior eat the plate and all??)

Well – The moral of this story
(Between you and me),
When your mother tells you: “Finish your plate”
Pay attention to what you are doing!