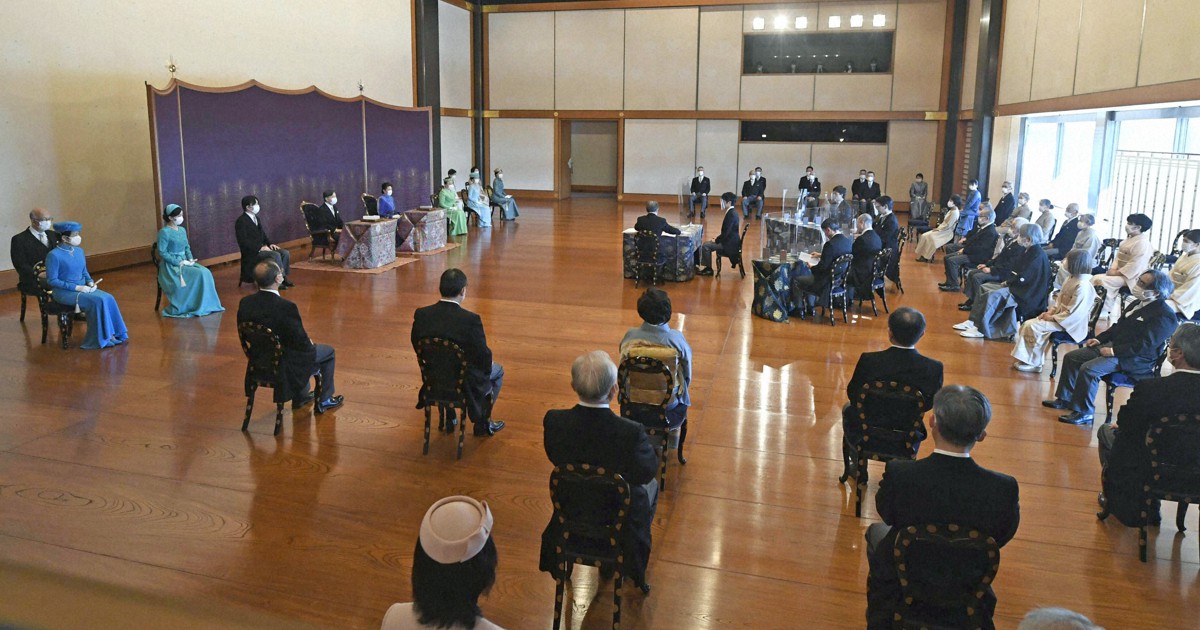 TOKYO – The Imperial New Year Utakai Hajime poetry reading ceremony was held at the Tokyo Imperial Palace on January 18, with readings of poems written by Emperor Naruhito, Empress Masako and their daughter, Princess Aiko , as well as poems selected by the public. The theme chosen for this year’s reading was “mado” (window).

In his poem, Emperor Naruhito expressed hope that the COVID-19 pandemic would be contained, while Empress Masako expressed her appreciation for the greenery of Fukiage Palace, the new residence of the Emperor and the Emperor. Empress and their daughter Aiko.

Princess Aiko’s poem expressed her feelings as she stood in front of a majestic school building in the UK, where she attended the Eton Summer School scheme.

Below are the poems of the three members of the Imperial Family, along with explanations provided by the Imperial Household Agency.

His Majesty the Emperor:

I sincerely hope one day

When the window opens to the world

His Majesty the Emperor expresses, as he did last year, in the poem his hope that the COVID-19 pandemic will be contained.

Last year, Her Majesty composed the poem, praying that peoples’ hopes and efforts to overcome difficulties and challenges will bear fruit and that the COVID-19 pandemic will end.

This year, Her Majesty expresses in this poem her sincere hope that a day will come, once the pandemic is under control, when people’s comings and goings between Japan and the rest of the world will be revitalized.

Her Majesty the Empress:

Look through the windows

From Fukiage Palace, our new residence,

We enjoy the greenery

Of the tall trees that surround us

As I stand before

The House of Knowledge where I will study in Britain,

I feel the windows to the world

open up to me

Her Imperial Highness Princess Aiko attended the Eton Summer School program during the summer holidays when she was a second year student at Gakushuin Girls’ High School. During the program, participants stayed in the dormitory at Eton College and learned about various aspects of British culture through English lessons and visits to museums and historical and cultural sites.

It was Princess Aiko’s first time visiting schools overseas, and when she stood in front of the majestic building with its long history, she felt the world open up before her. In this poem, she expresses her aspirations and expectations for the next three weeks she would spend in the UK.