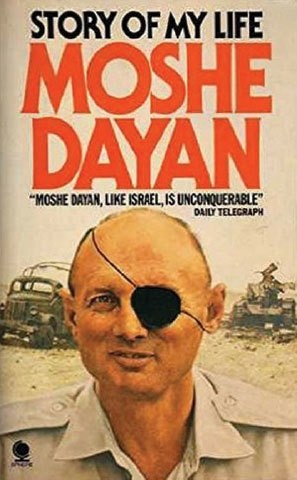 I’m back with my evergreens, some of them weathered and ragged, especially if they’re pocket-sized, with loose leaves and held in place with clips and duct tape. They mean so much to me, being friends of my youth. The authors are a German, a Turk and two Israelis.

One book that never fails to catch my eye is Inside the Third Reich by Albert Speer, a brilliant architect who later became Adolf Hitler’s Minister of Armaments and maximized arms production despite the bombings in carpet by the Allies. It is a highly cited book, and combines memoirs with a deep insight into Hitler’s personality, his taste for art and architecture, his shrewdness as a leader, his ability to comprehensively grasp the fundamentals of a complicated situation and the clarity of his orders. Until the first setback on the Eastern Front in the winter of 1941-42 stripped him of the “reassuring air” of “infallible leader”.

I first found it in a second-hand bookstore in Clifton in the 1960s and read it avidly. Later, during my time as Dawn’s Washington correspondent in the 90s, I bought a brand new edition and reread it. When I returned to Pakistan, I thought there was enough time lag that I could afford to read it a third time. What I have done. Now, I don’t intend to read it from page to page, but I flip through it every now and then.

Hitler’s enemies admit he could have won the war but, as Speer’s book amply illustrates, his bizarre racial theories led him to make decisions that ultimately turned out to be disastrous. He thought the physics of relativity was a Jewish conspiracy and showed complete indifference to the construction of an atomic bomb, as he saw a Jewish hand in nuclear research – even though before the war Germany was ahead of all countries in this science.

After the fall of France and the post-Dunkirk chaos in Britain, Hitler’s generals suggested an attack on Egypt, as all of North Africa was at his disposal – Libya was under Italian occupation and the area from Morocco to Tunisia was controlled by Vichy. France, which collaborated with Germany. The capture of Egypt and the Suez Canal, according to its generals – especially its naval chief – would mean Britain would be out of the war. However, Hitler was determined to destroy Russia and declared that a collapse of the British Empire would benefit the “Asian barbarians”.

Books that have been long companions

Hitler also came to racial conclusions after meeting with an Arab delegation, which told him about the Muslim victories in Spain and France until the defeat at Tours. Hitler said that due to the harsh winter of Europe, the Arabs would eventually have been subjugated by “the more vigorous natives” and that “the Islamized Germans could have stood at the head of this Mohammedan empire”.

Speer admits his initial admiration for Der Fuhrer, but later realized the catastrophe he was leading his people to. As the Germans retreated, Hitler ordered a scorched earth policy, even for German territory on the verge of falling into Allied hands. For Speer, this penal order made no sense. His country would undoubtedly lose the war, but the German people had the right to exist.

He did not carry out orders and, when they last met in the bunker, Speer confessed to Hitler that he had violated his orders. As Speer got up to say goodbye for the last time and went to shake his hand, Hitler didn’t even look at him. This scene was beautifully played in the German film Der Untergang [Downfall], with Bruno Ganz playing Hitler.

Another paperback on the verge of fragmentation is the memoir of Turkish Nobel Prize winner Orhan Pamuk. His exceptional book, My name is red, is a novel, but it is Istanbul: Memories and the City, which fascinates me for the way it describes the city and relates to it and to the phenomenon that is the Bosphorus.

It is an autobiography, no doubt, but it is also the history of the city and, in a narrow sense, of Turkey, with a throwback every now and then to Ottoman times, particularly of its days of decline, and the shame that Pamuk told the Turks of those days had for “being seen as weak by the West” – especially after the treaty of Kucuk Kanarci which followed a disastrous war with Russia (1768-1774) . There is, says Pamuk, “no return to a civilization whose time has passed.”

The author defines his relationship to his hometown as follows: â€œI live in the same city, on the same street, in the same house, looking at the same view. Istanbul’s fate is my fate. I am attached to this city because it made me who I am. (Oh, how almost true of me and Karachi!)

An intrinsic part of life in Istanbul is the Bosphorus. This is not a sea where you go for family picnics; it is part of your life, a phenomenon, an irresistibly attractive totem pole, a way of life, a national trophy that every Turk considers his family heritage. As a child, from his apartment, Pamuk counted ships as they sailed and heard not only “ship horns sounding in the fog” but also the occasional sound of explosions when ships collided. His cousin considered every ship to be Russian, carrying weapons to the enemies of Turkey.

Has Constantinople “fallen” or has it been “conquered”? Five and a half centuries have passed since Mehmet II took the city, and the Turkish republic has – until Recep Tayyip Erdogan came to power – tried its best to disassociate itself from the Ottoman past and failed. The 500th anniversary of the conquest of the city fell when Pamuk was a child and, to testify to the indifference of the republic towards the event, neither President Celal Bayar nor former Prime Minister Adnan Menderes n ‘attended the ceremony. But is it important for Europe?

Constantinople was not just another city; it was the capital of the Roman Empire. The Turks didn’t just take a city; they committed what was for Europe practically a sacrilege: they put an end to Byzantium. For this crime, the West has not forgiven the Turks. Pamuk points out how, when his Russian-born wife wrote about the “conquest” of Constantinople in an exam copy, her American professor told her she was too nationalist.

Like all Turks, Pamuk is fiercely patriotic, but it is a patriotism that does not prevent criticism. He harshly criticizes what he sees as the hypocrisy of society, for prejudices against ethnic minorities and for his infatuation with Westernization which he says amounted to “erasing the past”, the effect on the culture being “reductive and stunted”, which made turn the hearths in the museums.

The book contains 204 black and white images. I haven’t seen so many of them in any book of memoirs, but they not only portray Pamuk at different stages of life (on grandma’s lap to a naughty boy), but also a culture that was in transition from her life. Ottoman past in the era of Republican reconstruction, with crisp old villas with moth-eaten wood that occasionally catches fire. However, the shock is that the images do not have captions. False, the captions are there, but all 204 are towards the end of the book!

Finally, we have two books by Israeli authors, both about Moshe Dayan: his autobiography Story of My Life, and Moshe Dayan by Martin van Creveld, an Israeli national born in the Netherlands who has a lot of unflattering things to say about the soldier with the eye patch. , his financial corruption and his sexual debauchery.

Involved in all the great Arab-Israeli wars, Dayan tries to dispel the impression that he was a hawk and presents himself as a dove who tried to find a modus vivendi with the Arabs. He was the architect of Israel’s victory in 1967, and also dwells at length on the Ramazan war of 1973, which took the IDF by surprise.

Dayan had heard of the coming war and was angry with the Israeli intelligence apparatus (which had had enough of it) and Prime Minister Golda Meir’s office for ignoring his warning. Such was the astonishing and initial success of the Egyptian attack through the Suez Canal, that Dayan told Meir it was the end of the third temple unless she mobilized nuclear weapons and informed them. then US Secretary of State Henry Kissinger. (Another book says Meir decided to kill himself.)

Van Creveld’s pen fails to rise above Zionist prejudices, as the word â€œArabâ€ or the name of a Palestinian leader is invariably preceded by a derogatory term, especially â€œterroristâ€. Writing about a freedom fighter like Sheikh Izz-a-Din Qassam, who was killed by the British, the author uses the word “terrorist” twice in a four-line description of the Arabic legend, which, according to him, became “the patron saint. “From the” modern Islamic terrorist group, Hamas. ” Like former US President Donald Trump, Van Creveld does not know, or does not want to know, the difference between “Islamic” and “Islamist”.

Dayan’s relationship with his colleagues was difficult; he “quarreled with everyone”. In military exams, he “cheated like a maniac” and had the “unique ability to disguise his deviousness with a display of honesty.” He asked his fellow officers – even when he was chief of staff – to go with him to steal oranges because “I don’t get caught”.

He was financially corrupt, illegally sold newly discovered objects, bought relics with checks he knew would be dishonored, occupied land he did not own, and earned lawmakers the title of “general of money.” He was also “an insatiable womanizer, changing mistresses [one of them being his daughterâ€™s friend] like other men do socks. No wonder his wife filed for divorce.

Then, among others: Mao: the people’s emperor

The writer is Dawn’s external ombudsman