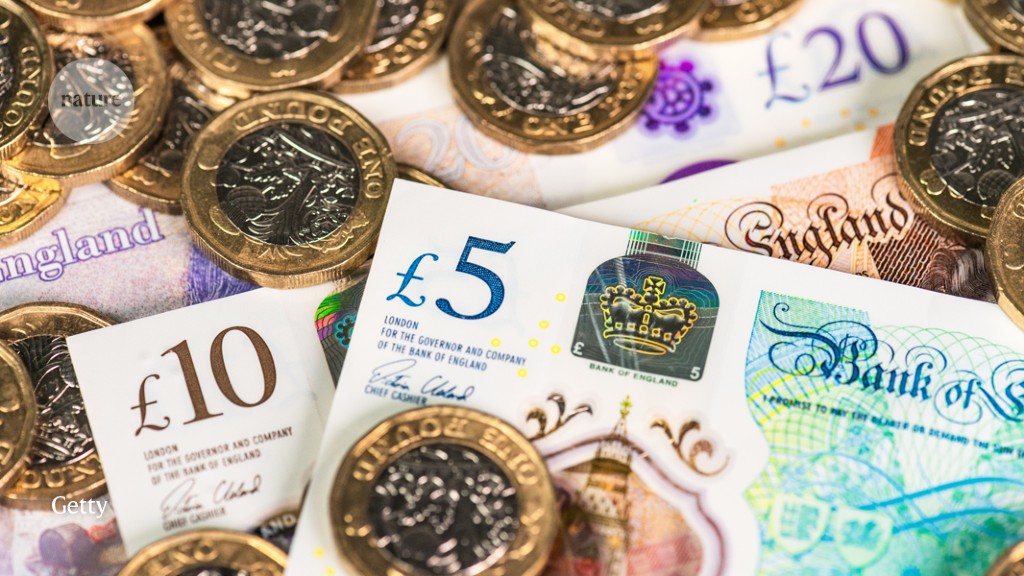 An open letter to UK Research and Innovation (UKRI), the country’s largest public research funder, calls for an immediate increase in stipends for postgraduate researchers, to keep pace with inflation.

At the time this story went to press, the letter had been signed by more than 8,000 postgraduate researchers across the UK as well as more than 3,600 supporters, including current faculty members. “It’s great to see so many students rallying around this issue,” says Ansh Bhatnagar, a first-year PhD student in physics at Durham University who helped write the letter. “I thought if we could get 1,000 PhD students to support us, that would be really good.”

The letter, published online June 27, is part of a growing chorus of calls for increased funding for PhD and Masters students in the UK and elsewhere. In May, more than 300 postgraduate researchers in London signed a letter asking for increased support from the Medical Research Council (MRC), one of nine funding councils under the UKRI umbrella. “Many students across the UK are very worried,” says Emma Francis, a second-year doctoral student in psychiatry at University College London (UCL), who co-wrote the May letter. “Many are in dire straits right now.”

Tony Padilla, a physicist at the University of Nottingham, signed the open letter to UKRI in support of PhD students. “The cost of living crisis is affecting everyone, but it’s hitting those on the lowest incomes the hardest, and that includes PhD students, as we really should call them,” he says. “How can a PhD student focus on an important research problem if he wonders where his next meal will come from?”

Annual growth in the Retail Price Index (RPI), a measure of the cost of retail goods, is approaching 12%.

In their open letter, Bhatnagar and his co-authors estimate that their demands would cost UKRI an additional £44 million over the coming year. This would be roughly enough to increase stipends by 12% from the 2021-22 level for the roughly 30,000 students currently supported by UKRI. The letter also notes that, according to a 2022-23 budget report published on May 30, the funder foresees around £400 million of “uncommitted expenditure”, the proportion of the budget that has not yet been allocated for expenditure. existing, pending or announced funding programs. “I’m sure they have a lot of competing demands for that money,” Bhatnagar says, but using 10% of uncommitted expenses for “the future of research should be a key priority for them.”

In a July 6 statement to Nature, UKRI said: “We recognize that the rising cost of living is affecting postgraduate researchers. As such, we are actively discussing with other industry bodies to see if we could provide additional support. We will communicate any decision resulting from these discussions as soon as possible. »

The statement adds that UKRI’s budget is fully allocated until 2024-25 for “core council programmes, funding infrastructure or collective talent, for example”, and that “any adjustment to an allocation would have an impact on other planned allocation areas”.

On June 14, the funding body announced that it was “considering financial support for student researchers” and “discussing with industry groups a range of options”. But that hasn’t allayed students’ concerns, Bhatnagar says. “Our fear was that if we weren’t clear on what we wanted, they would opt for ad hoc solutions,” he says. Specifically, he and others are concerned that UKRI is avoiding general pay rises and instead awarding raises only to students who meet certain financial criteria, an approach known as means testing. .

Hannah Franklin, a second-year doctoral student in neuroscience at UCL who co-wrote the letter to the MRC, says the stark disparities in student pay motivated her to speak out. His work is funded by the Francis Crick Institute in London, as part of an independent UKRI programme. She notes that in April, students on the scheme successfully campaigned for their annual stipends to be increased from £22,000 to £25,000. “This is a great example of progress being made and doctoral students receiving the recognition and financial support they need and deserve,” she says. “But we have PhD students under the same roof earning £17,000. It is not fair.

Franklin and Francis contacted the administration of UCL before contacting the MRC. The university “was very supportive and supported us every step of the way,” Franklin says.

The financial situation is particularly grim for students living and working in London, she adds. Most benefit from ‘London weighting’ which raises their stipends above the UKRI minimum to take account of the capital’s high cost of living, but even so MRC students in London currently receive an annual stipend from just £18,062. By comparison, the average salary for a barista at a Starbucks in London is over £21,500, according to job site Indeed. MRC students don’t have to pay income tax or council taxes, but the allowance is still not enough to meet the costs, says Franklin: “Utility bills in London are skyrocketing. ” Rents and transport costs are also soaring. According to the Mayor’s Office, the current living wage for residents of London is £11.05 per hour, which translates to almost £23,000 per year for someone working 40 hours a week.

Franklin makes ends meet by taking babysitting jobs over the weekend. And for seven months, she has been living with her parents. “I’m 27,” she said. “I shouldn’t have to do this.” Francis takes on additional research work to cover the costs. “A lot of times I finish my workday, then I start my next job and work until 10 or 11 at night,” she says. “I can’t do as many PhD hours as I want because I have to worry about paying the bills next month.”

The meager support for PhD students in the UK has consequences. “There’s a huge pool of people who just can’t apply for a PhD because it’s not feasible,” Franklin says. “Some of us have part-time jobs, some of us are supported by family, but some of us can’t do it at all.”

Bhatnagar has received dozens of testimonies from PhD students since the publication of the UKRI letter. “People are dropping out or are about to drop out,” he says. “There’s too much stress.”