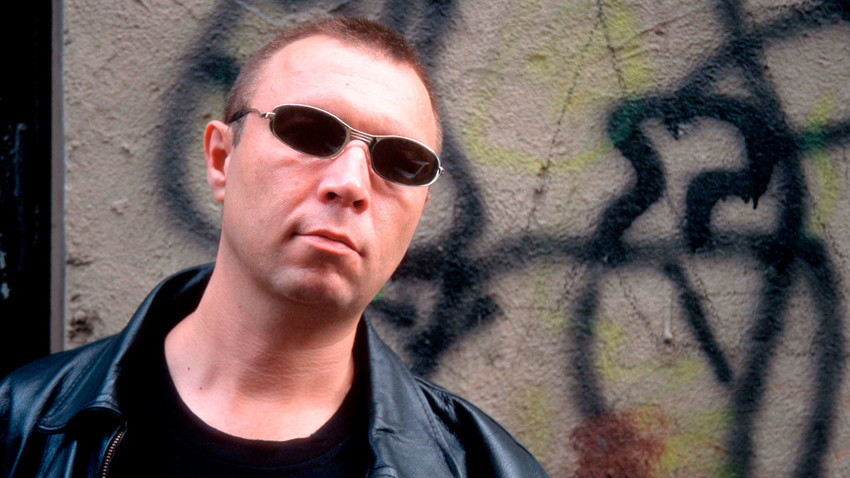 What makes a man a writer? Originality? Content? Style, maybe? Having spent more than thirty years in the high literary sphere of brass, Victor Pelevin is still a writer of illusory mystery, leading the life of an invisible man.

“Reality is raisin modeling clay”, the writer ironically stated in one of his signature stories. His worldview has long made fans smile.

Paradoxically enough, one of the best Russian writers alive today has not appeared in public for two decades. Until recently, his “most recent” confirmed photo circulating on the Internet was taken in 2001. In August 2021, a reporter from The Blueprint allegedly bought Pelevin’s photo on the dark web. The photo was dated 2020 and its match to previous photos was 75% according to a facial recognition company. No one knows where Pelevin lives, where he goes or what he eats for breakfast.

Pelevin’s deliberate seclusion became the talk of the city and eventually reached the point of absurdity. At the end of September 2021, a rumor circulated on social networks that Pelevin had arrived in Moscow to participate in an autograph session. 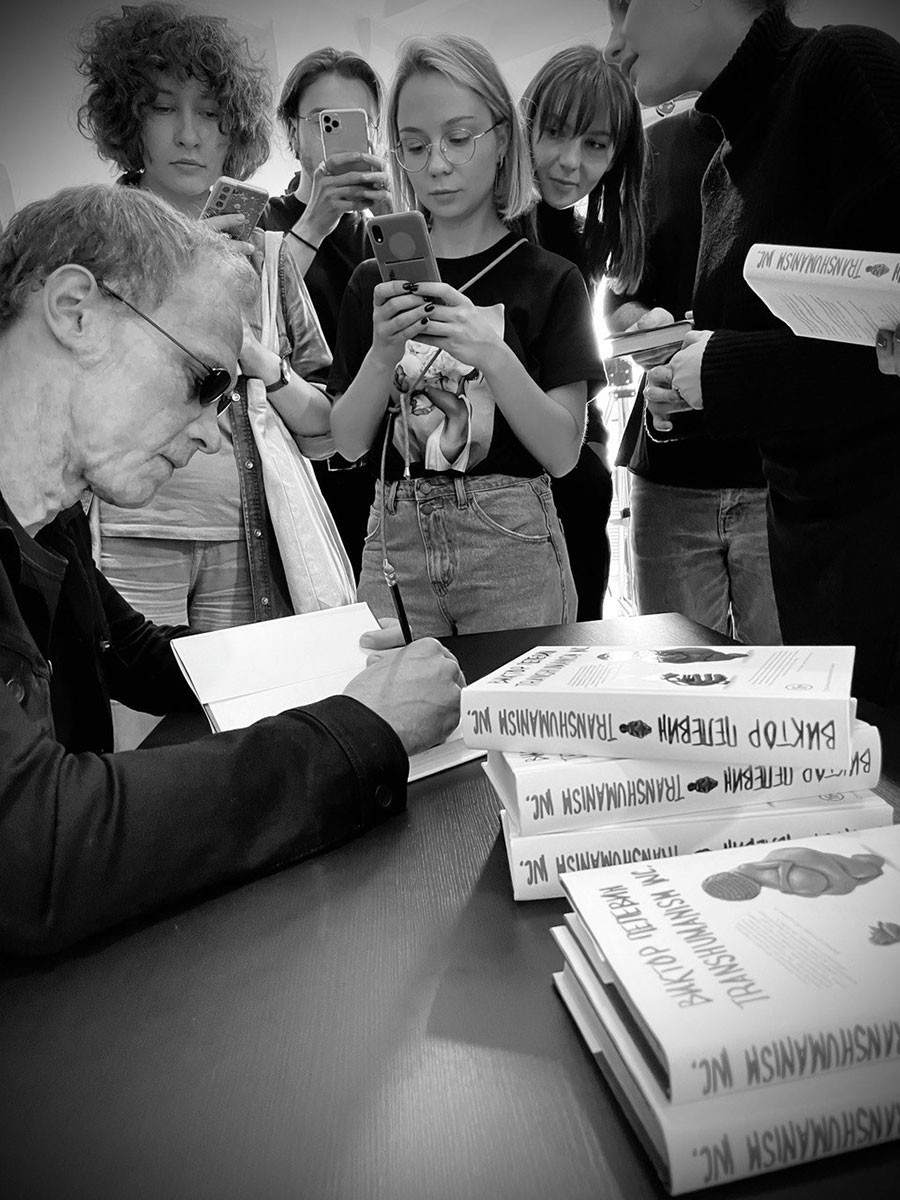 Photos with a man who looks a lot like Pelevin have also been released. Not many people really believed it, but the news made waves on social media anyway. It all ended up being a coup orchestrated by the editor-in-chief of Russian magazine Esquire, Sergei Minaev. In addition to spreading the photos of fake Pelevin giving autographs through an anonymous Telegram channel, he also put the actor, who claimed to be Victor Pelevin, on the cover of the new issue of Esquire. Popular Russian actor Yuri Borisov, who wore tons of makeup, did a splendid impersonation of the elusive writer. The text on the cover read: “Does Pelevin exist?” 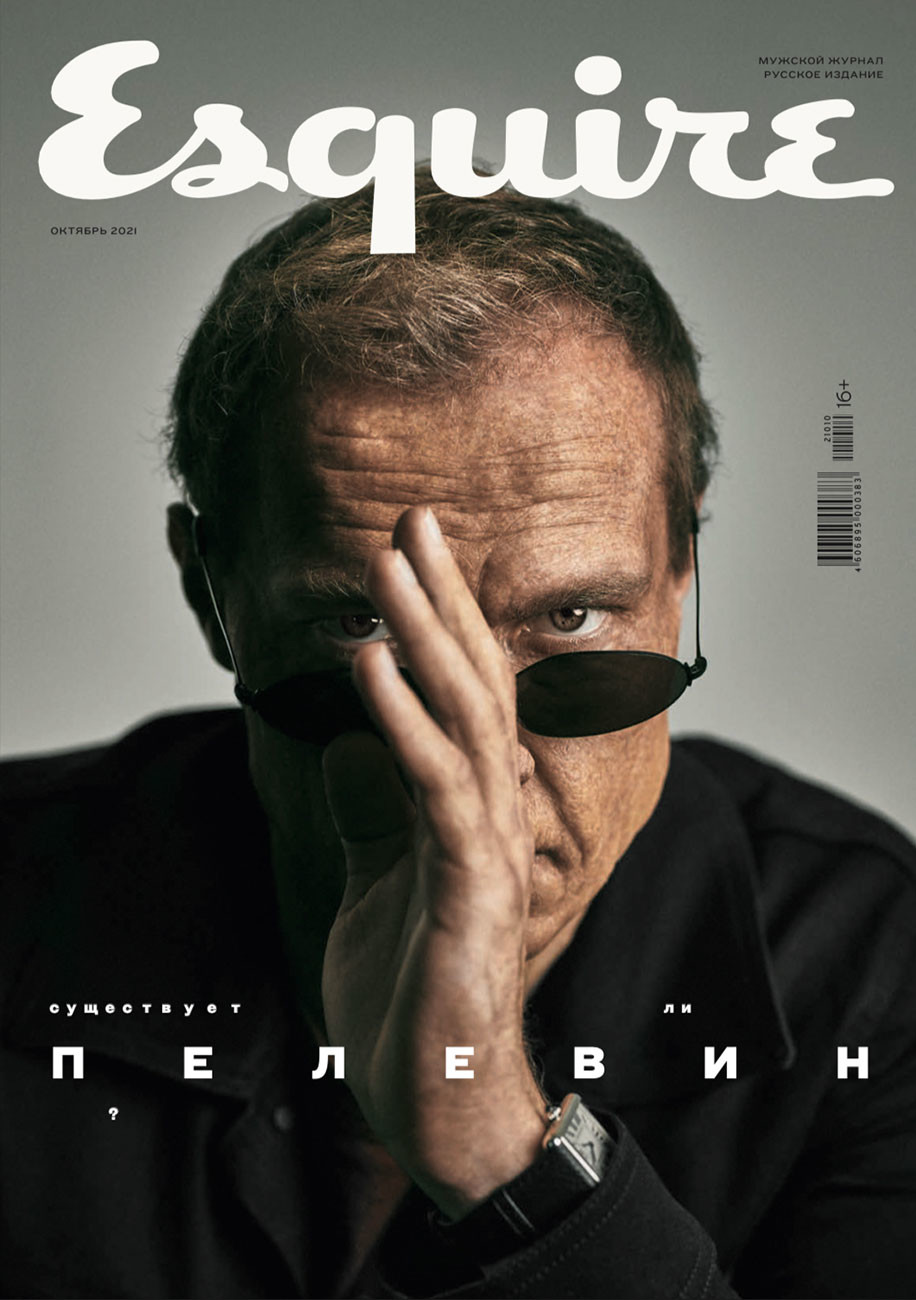 “We wanted to dedicate our [October] hoax and fake news problem ”, Minaev said on Instagram. “And who should be on the cover? Who is the greatest mystifier of our time? Victor Pelevin, of course.

Every one of Pelevin’s slightly misanthropic books is infallibly on the bestseller lists. Like a tree that invariably bears fruit, the prolific Pelevin manages to write a book a year. How does he still do it?

Pelevin could easily rest on his laurels and “party like a Russian”, attend luxury events and star-studded TV shows. The problem is, Pelevin appears to be a true original, who refuses to be socialized. Glitter and glamor probably don’t tempt his professional engineering brain. The unconventional writer prefers to stay “on the other side of the fence” and in doing so his avid fans (an army of them, in fact) perceive each of his new novels as a much anticipated message miraculously found in a bottle. voluntarily thrown into the sea.

Pelevin is not only a writer, but a forward-looking social diagnostician.

Born in 1962 in Moscow, he made his debut with a selection of stories titled “The Blue Lantern”, which became the most brilliant prosaic writing of the 1990s. 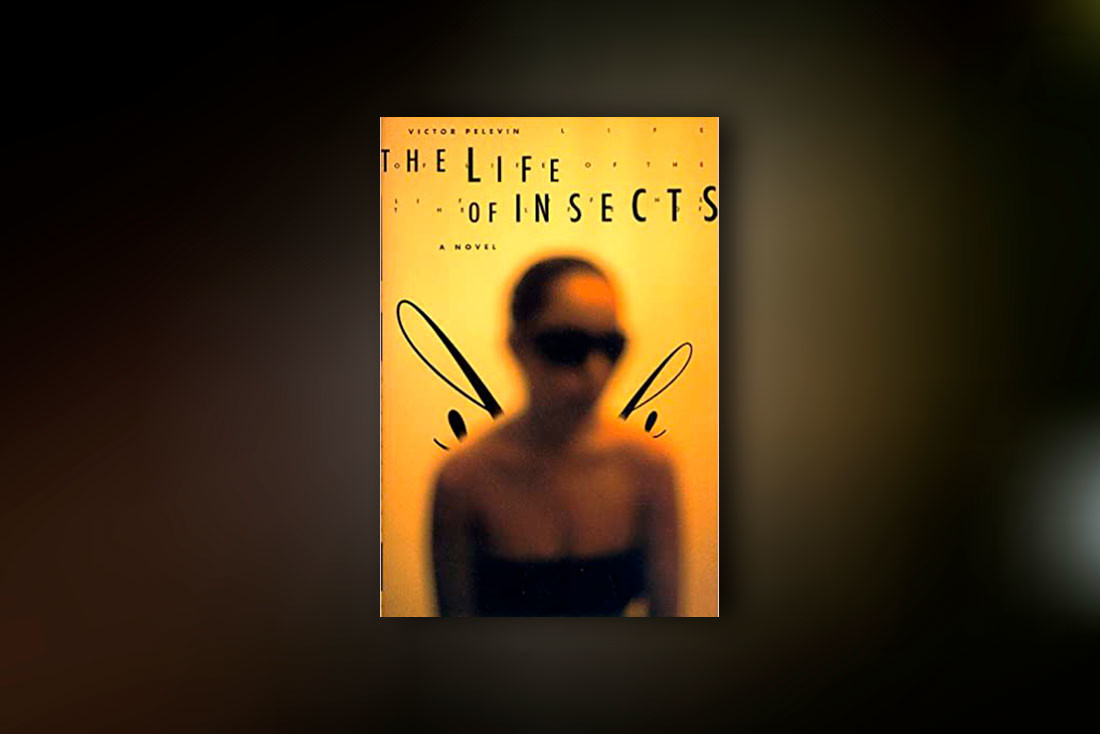 When it comes to crazy ideas, Pelevin has few rivals. Some say he’s Russia’s sarcastic response to Douglas Coupland (the man behind ‘Generation X’) and Chuck Palahniuk (‘Fight Club’).

His moving short story “Hermit and Six-Toes” depicts the life of two chickens in an incubator. Pelevin highlights the two equally tragic worst-case scenarios there: either you are a hermit, i.e. a maverick, or you conform to type, but if you have six toes, society (the rest chickens) you reject.

“Where do we come from?” – asks the Six-Finger. “You know, it’s only at very deep memory levels that this question gets answered,», Answers the Hermit.

From space race to Buddha

Pelevin’s first dystopian novel, “Omon Ra”, premiered in 1992 and focused on a Soviet boy who dreams of becoming a cosmonaut, like Yuri Gagarin. Engaging and full of suspense, it tackles the absurdity of the Soviet way of life. 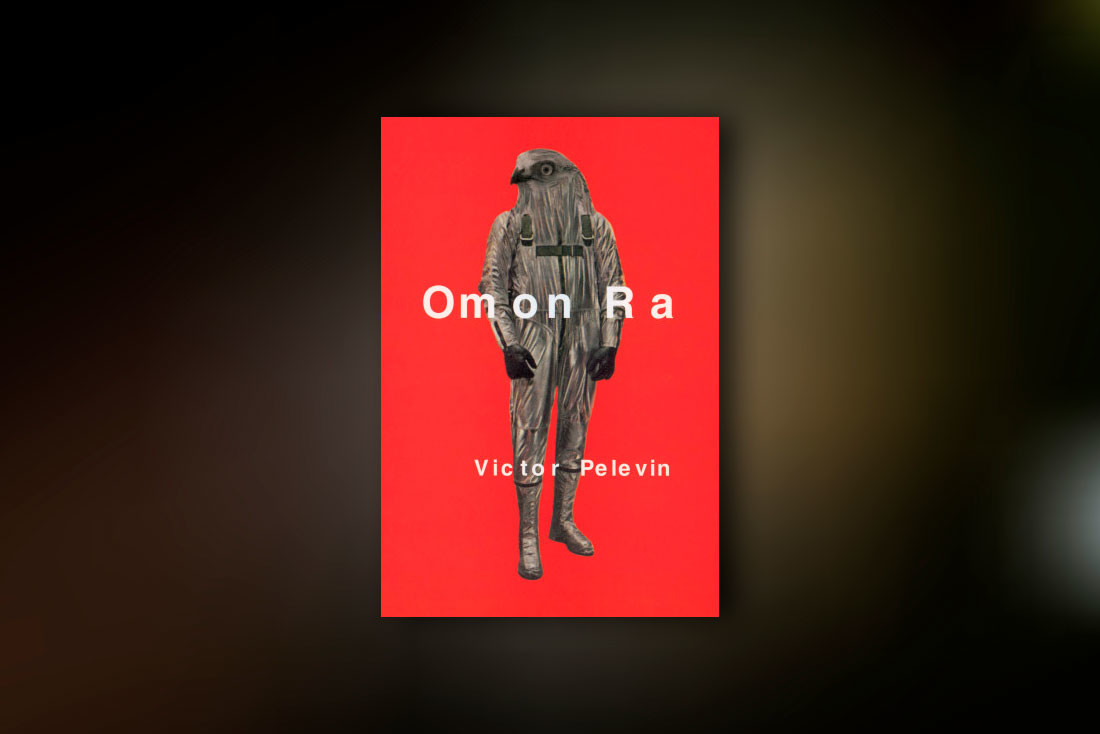 His indisputable masterpiece, “The Life of Insects”, was released in 1993. Set in the early 90s, the novel juxtaposes two parallel worlds: the human and the insect. Each of the characters appears in the two (equally disturbing) roles, that of an insect and a human being.

Pelevin’s groundbreaking novel ‘Budda’s Little Finger’ (known as ‘Chapaev i Pustota’ in Russian, in reference to the famous Red Army commander who fought in the Russian Civil War) created a real buzz during its release in 1996. Critics hailed it as the first “Zen Buddhist” novel in Russia, while, according to Pelevin, it was “the first novel in world literature, whose action takes place in a total vacuum. “. The novel received international acclaim and was shortlisted for one of the world’s most prestigious awards, the Dublin Literary Award. “The Little Finger of Buddha” covers two periods: the civil war of 1919 and post-perestroika Russia in the mid-1990s. A mixture of absurdity, banality and irony, it is a book that we hate or that we like. 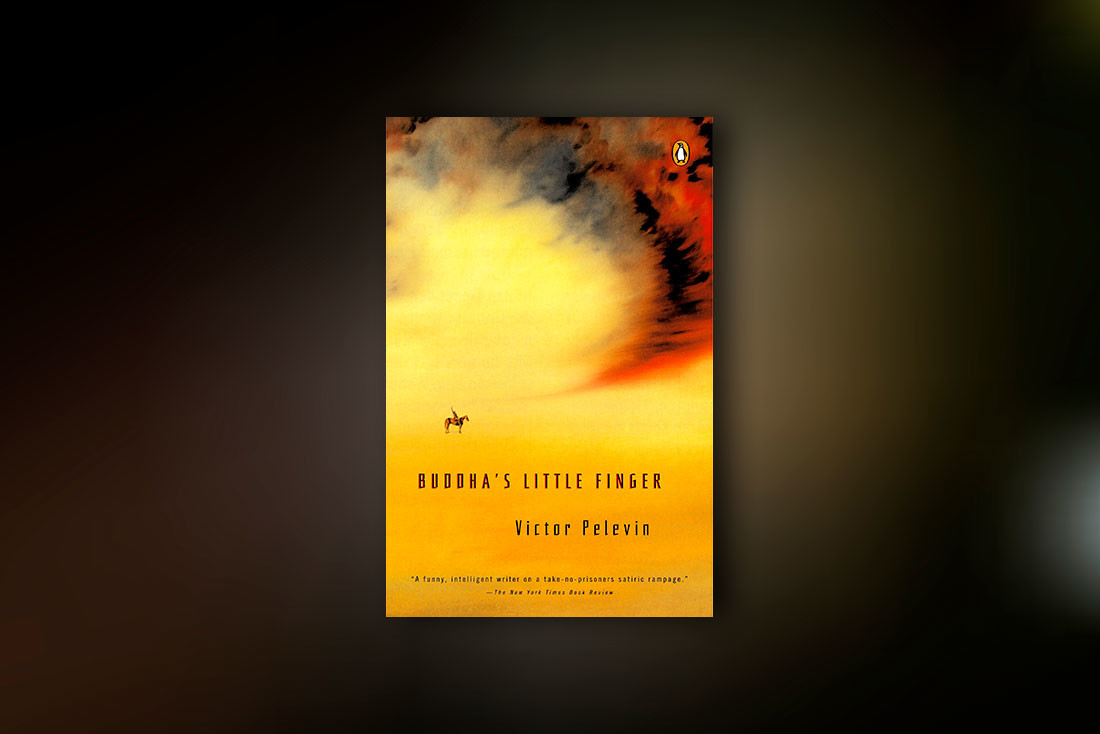 His next tour de force, ‘Generation P’, catapulted Pelevin to fame, becoming a cult bestseller. The action takes place in the 1990s after the collapse of the Soviet Union. The protagonist, Vavilen Tatarsky, has just graduated from the Moscow Institute of Literature (where Pelevin himself had briefly studied). He is full of high hopes and lofty dreams. But after a series of failures, he finds himself in the world of advertising. This is where his career finally takes off! Tatarsky tastes life filled with money, sex, drugs, criminals and power. In 2011, the novel was screened by Victor Ginzburg, becoming the first and only film adaptation of the author’s works. Another Ginzburg film based on Pelevin’s novel “Empire V” is slated for release in late 2021. 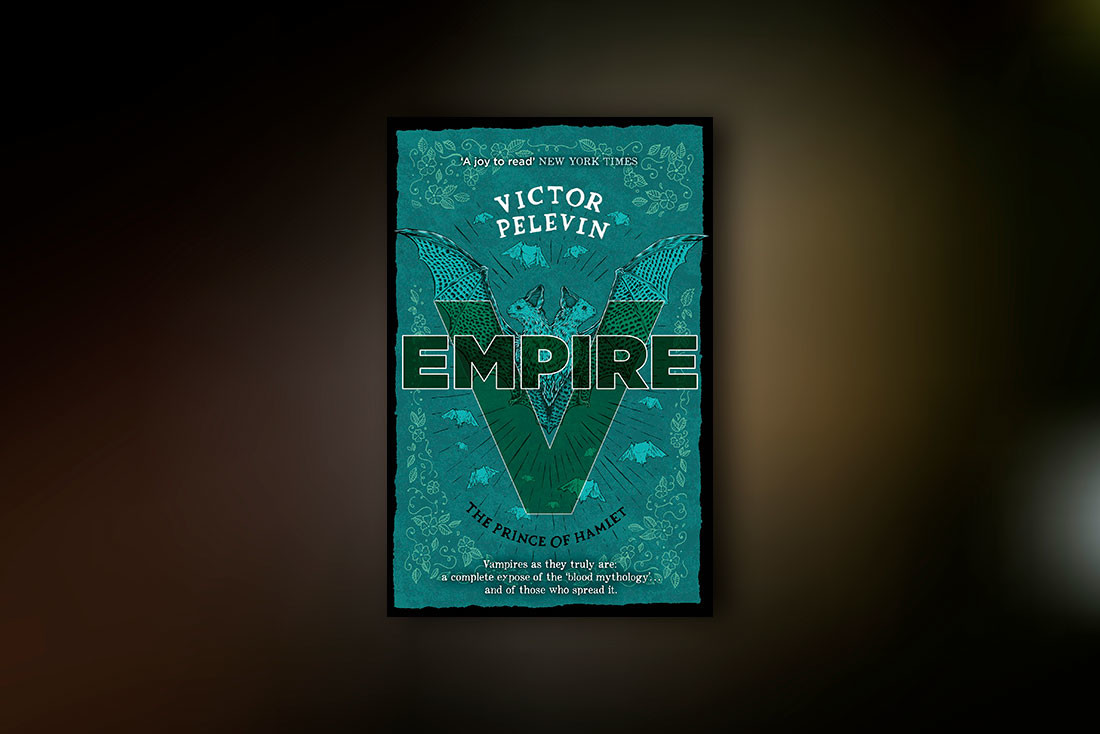 “Empire V”, released in 2006, focuses on Roman Shtorkin, a young man turned vampire. The funny thing is, it’s damn hard for him to be a vampire and Shtorkin tries to answer eternal questions like “What is the truth?” “,” What is God? “And” What happens after death? “

These questions have long been answered.

“The value of a book is not determined by the number of people who read it” Pelevin wrote in his sixth novel, “The Sacred Book of the Werewolf”. “Bigger books have few readers because reading them takes effort. But it is precisely because of this effort that the aesthetic effect is born.

The 2004 novel itself revolved around an affair between a smart and sexy were-fox, thousands of years old, and an FSB werewolf officer. 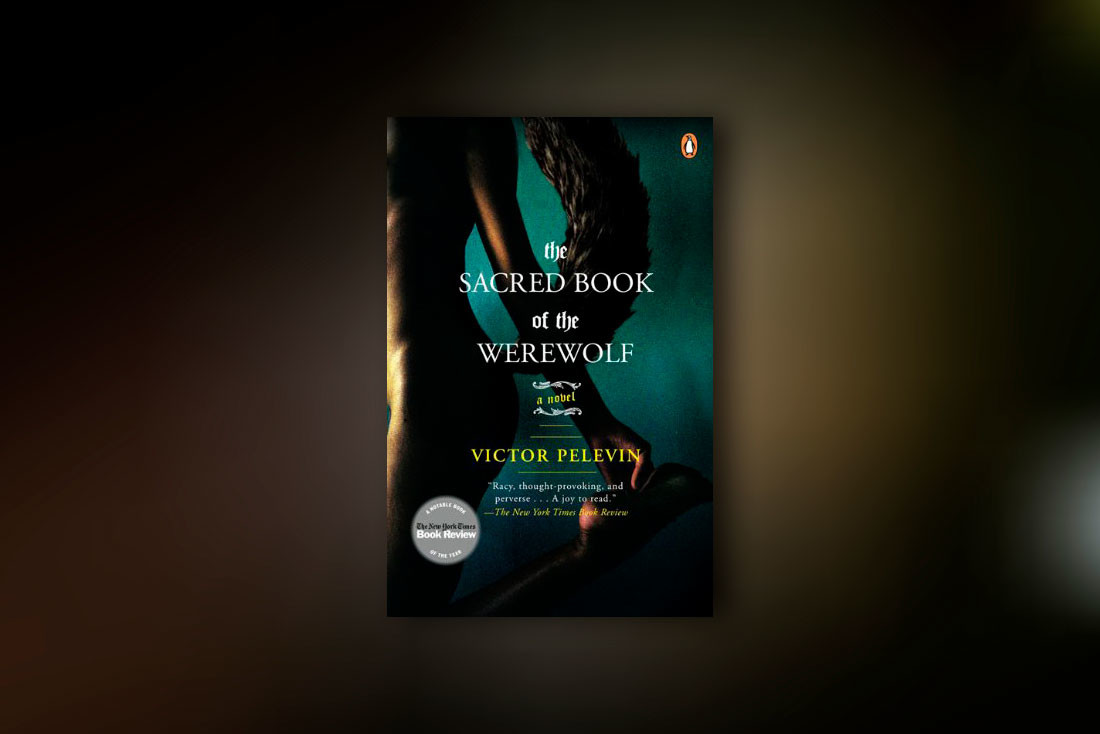 Despite an increasing amount of books, it seems that with each new novel (‘SNUFF’, ‘Batman Apollo’, ‘The Caretaker’, ‘IPhuck10’, ‘Secret Views of Mount Fuji’, ‘The Art of Light Touches’ and ‘Transhumanism Inc.’) Pelevin has moved further and further away from the ‘human’ agenda.

Each of his books reveals technical mastery, stylistic virtuosity and the brilliance of a laconic spirit. And yet, it feels like Pelevin is writing the same book over and over again. Ask a killer question on the subject of his novels and get a killer answer: they are little more than a veiled nothingness. Imaginative, surreal and futuristic, they are devoid of content and meaning and are as surprisingly empty as a half-empty glass. It’s not a fatal flaw, but a smart game plan. You can still blame modern life, devoid of genuine connection and meaning.

Reading Pelevin is somewhat of a difficult challenge. His language is irritating, twisted and disturbing. “Reading is communication and our social circle makes us what we are” the writer said in ‘The Sacred Book of the Werewolf’. Pelevin’s books have been adapted for stage and screen because they are philosophically captivating and visually captivating.

Call him a genius, a prophet, or a hermit, it won’t change a thing. And even though “Akela missed his shot” and probably has nothing new to say, there is only one Victor Pelevin.

If you use all or part of the content from Russia Beyond, always provide an active hyperlink to the original content.

The first day of discovery: essay and poem