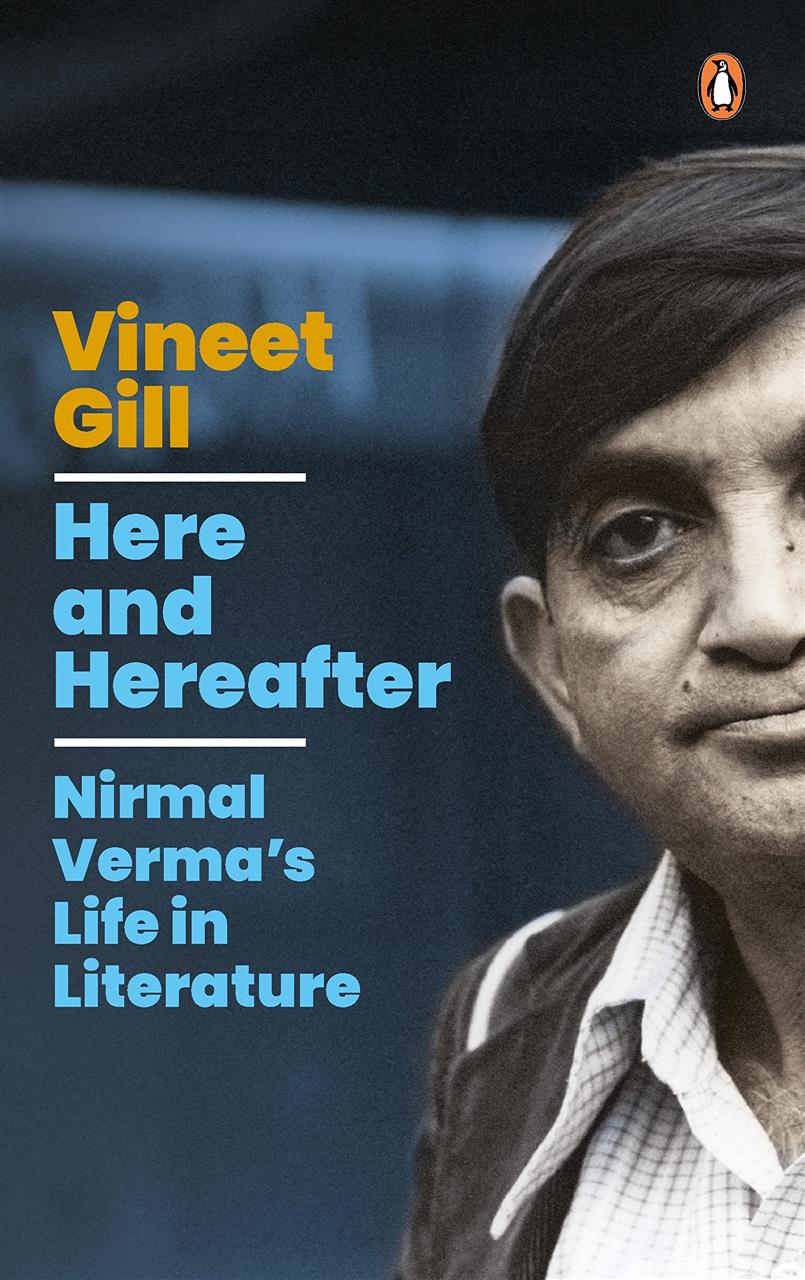 Vineet Gill’s ‘Here and Hereafter’ dives into the mind of Nirmal Verma: The Tribune India

It’s interesting how writing trends change every few decades. The last century has been dominated by fiction, theater and poetry. Then, towards the last decade of the century, non-fiction imposed itself as the dominant literary genre. Maybe it was because of the deep connection between politics and literary criticism, or maybe it was because taking an interest in the lives of celebrities has become the favorite pastime of the new generation of readers. Memoirs and biographies have always enjoyed a certain readership, but today almost every bestseller is a nostalgic (or voyeuristic) reminder of a bygone era.

I recently read two remarkable literary biographies that made me regard this form with a new respect. The first is Akshaya Mukul’s account of the great Indian mathematician Agyeya. The other is this book about the famous Hindi writer Nirmal Verma. The two biographers offer two styles: Mukul explores the many personalities – writer, rebel, soldier, lover – in a voluminous 800-page book with long footnotes and references, while Vineet Gill’s slim volume is heavily centered on the existential loneliness of the exile-writer. Gill’s elegant biography is a poetic translation of the writer’s mind through a careful reading of his works. As he himself admits, Gill sees an author’s work not just as an interpretation of a life, but reading as a form of biographical digging.

In his impressive prologue, Gill tells us that he never met Verma, nor wanted to record the conversations and memories of his loved ones; unlike Mukul, he did not have the rich treasury of archives that Agyeya had left behind. Reading and understanding Verma’s literary work is a meditative immersion in the life and times of this complex writer. It is also a personal investigation into the difficult relationship between Hindi literature and modernity reflected in Verma’s literary journey from India to Europe and back. What we now call Hindi literature is barely 200 years old, Gill reminds us, and multiculturalism has been an inherent quality ever since its first promoter, Bhartendu Harishchandra, thought of translating world literature into a new language. Likewise, Premchand introduced Persian and Urdu into his writing. Thus, in its early years, Hindi grew by accepting feeder languages ​​ranging from Bengali to Maithili to become the voice of a new type of writing.

Gill then examines the influence of world literature on these writers who struggle to shed the heavy classicism of Sanskrit and introduce a vocabulary that would find a place for it in world literature. Ideas borrowed from across Europe, trends that emerged from the political upheavals there – all clashed violently with the enormous pride and indigenous identity of a country still struggling to rid itself of the oppressive presence colonialism and English.

Few biographers can resist the temptation to rely on first-hand recollections, yet Gill understood that Verma’s literary and existential angst ran deeper than that. “It’s a book about reading, written from the reader’s point of view,” Gill says at the outset to state his purpose in trying to understand a writer’s life through his work and the coils of his brain. Ideas, memories, political leanings and conscious distance – all shape writers in ways that often a chronological cataloging of their lives is unable to reveal. Interestingly, Verma belonged to a small coterie of Hindi writers who thought in English but wrote in Hindi. While it gave them a window into the world beyond the domestic, it also distanced them from their own roots. Yet this struggle also made Verma a writer always exiled from self. How this translated into his writing and the pain he endured because he could never share it with anyone was exquisitely captured by someone who deconstructs life and work of Verma in a particularly personal way.

If you’re looking to understand how Verma turned loneliness and restlessness into a deep existential battle, read this sensitive tale from a writer who never found a home anywhere in the world, not even his own.