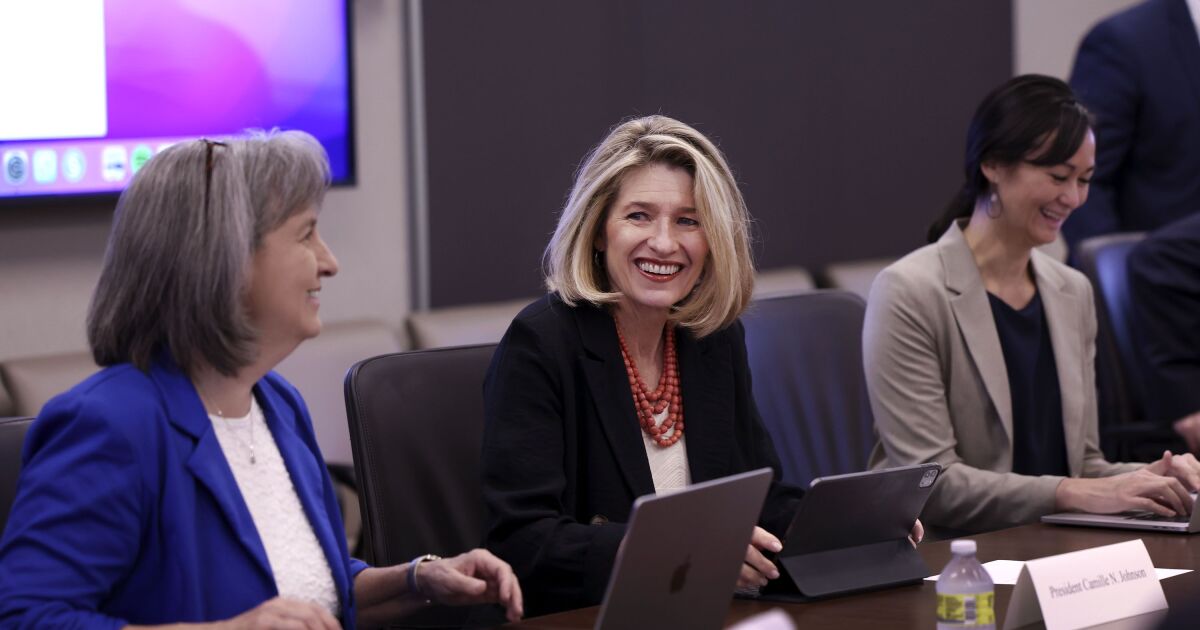 During the week of Oct. 30 to Nov. 5, President Mr. Russell BallardActing President of the Quorum of the Twelve Apostles, was featured in a new video “The voice of womenand on the latest episode of the Church News podcast. David A. Bednar of the Quorum of the Twelve Apostles spoke at a BYU-Idaho devotional with a special intermission. Relief Society General President Camille N. Johnson wrote an essay on Accessing the Power of the Priesthood of God.

During a BYU devotional, General Primary President Susan H. Porter describe three ways to more fully receive God’s gifts. Jeffrey R Holland of the Quorum of the Twelve Apostles began a three-country ministry tour in Germany with an address to young adults. Gerrit W. Gong of the Quorum of the Twelve Apostles spoke to young adults in Cancún, Mexico on building spiritual foundations with faith in Jesus Christ.

Brother Ahmad S. Corbitt of the Young Men general presidency taught how activism against the Church can blind and deceive “valiant” souls. The third and last friend to friend of 2022 taught children the two great commandments: Love God and love others. Six temple sites were announced, land was laid for Willamette Valley Oregon Templeand an update on October Temple Milestones Released.

Read the summaries of these articles below.

1. President Ballard Declares, “Women are a Vital Voice” in New Video and is Interviewed on Church News Podcast

A new video from Church News, titled “The voice of womenfeature President Ballard speaking about the need to include and listen to women in ward councils and other council settings.

For the second time in three months, Elder Bednar taught college-age Latter-day Saints that “it is unreasonable to pretend that faith in Jesus Christ is unreasonable,” this time during a devotional at BYU- Idaho in Rexburg, Idaho.

For the second time, he also broke his instruction for an “intermission” – this time inviting participants to reflect on the majesty of God’s creations with scripture and three follow-up questions.

“We need women who know how to access the power that God makes available to covenant keepers.”

This is the call of our Prophet, President Russell M. Nelson, to the women of The Church of Jesus Christ of Latter-day Saints. He added, “The kingdom of God is not and cannot be complete without women who make sacred covenants and then keep them, women who can speak with the power and authority of God” (“A call to my sisters,(Liahona or Liahona, Nov. 2015).

Addressing students and faculty gathered at the Marriott Center on the Provo, Utah campus and listening virtually, President Porter said, “My message today is that the gospel of Jesus Christ is a Gospel of joy because our heavenly Father and the Lord Jesus Christ invite us to receive them and their gifts of infinite value.

Find out what President Porter said at the BYU devotional

5. Elder Holland in Germany testifies: “God is in our lives”

Speaking in a picturesque town at the crossroads of railways and highways in the heart of Germany, Jeffrey R Holland offered a powerful testimony: “God is in our lives,” he said.

At a devotional for young adults in the Mexico City area on Sunday, October 23, Elder Gong spoke of the Savior’s love and desire to bless each of Heavenly Father’s children.

“It doesn’t matter if you are the first generation or the fifth generation in the Church. Each of us can be a strong bond in our eternal family.

7. Brother Ahmad S. Corbitt: How Activism Against the Church Can Blind and Deceive “Valiant” Souls

“I would like to address a particularly effective tactic that Satan uses to blind and deceive young people, those in transition from other faith traditions and cultures, and even longtime and lifelong members of the Lord’s Restored Church,” Elder Corbitt told Church-approved chaplains. beginning of October.

He titled his remarks, “Activism Against Discipleship, Protecting the Valiant.”

8. Children learn how ‘Heavenly Father loves me’ at Friend to Friend

Continuing this year’s friend-to-friend focus on the covenant path, President Susan H. Porter — with his advisers, Sister Amy A. Wright and Sister Tracy Y. Browning — taught Primary children the two great commandments: to love God and to love others.

The general Primary leaders were joined by an audience of Primary children and a young “explorer” who walked a jungle path representing the path of the covenant in the previous two friend-to-friend episodes this year.

The Willamette Valley Temple in Oregon is the latest temple of The Church of Jesus Christ of Latter-day Saints to be designated as “under construction,” following its groundbreaking services on Saturday, October 29.

And the Church now has 300 temples dedicated, under construction or announced; President Nelson announced 118.

Find out where the 6 new temple sites are located, learn about the dedication of the Willamette Valley Oregon Temple and learn more about october temple milestones