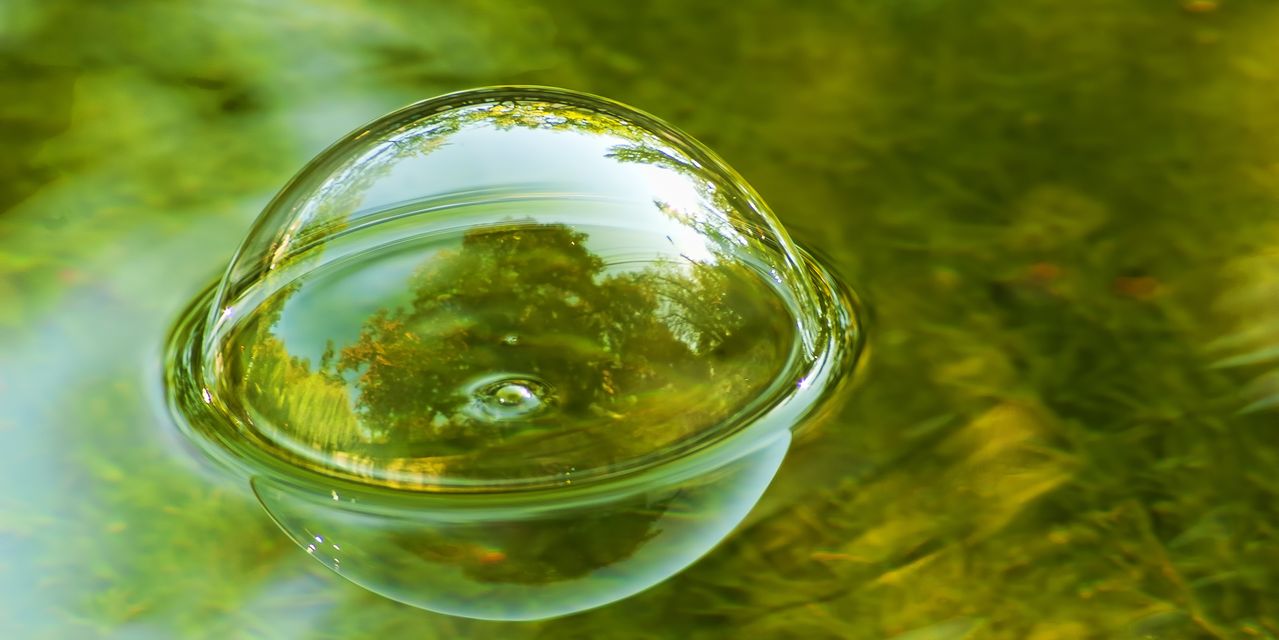 Where can investors hide while a bubble is inflating?


Let’s settle one thing in advance. We are clearly witnessing a speculative bubble in the financial markets. This time is no different. This mania will end the same way as all of them: in tears.

I started to strike the gong in mid-2020 on the impending risk of a financial crisis stemming from three potential causes: a severe market correction, a deterioration in the US fiscal position due to unsustainable growth in deficits and the debt, and the inflation that was likely to follow.

At that time, this point of view was greeted with a strong dose of skepticism. Inflationary views were considered marginal. Respected economists were quick to point out the lack of demand for money relative to the rapidly expanding supply, the slowing lockdown economy and prevailing deflation expectations based on recent history. Wall Street has little incentive to call a stock market bubble. Fees are collected and bonuses paid when optimism, activity and volatility are high, not by predictions of impending doom. Bubble highs are like the best narcotics – uplifting and somewhat hypnotic. But the bigger the high, the worse the downhill.

These contrasting views of inflation and market correction have now become commonplace. The warning signs of market mania are evident in Bitcoin (up 300% in one year), the deluge of SPAC IPOs (still a top signal), exorbitant P/E ratios and the rapid rise in real estate prices. These, along with the short-term squeezes and retail-induced mini-bubbles, are symptoms of underlying conditions triggered long ago by a flood of liquidity sparked by the Federal Reserve. This time is different, however, in one important way. When this bubble bursts, the Fed can no longer support the market by lowering interest rates. Real rates, which were around 4% before the global financial crisis, are now below zero almost everywhere.

The Biden administration is expected to unleash a blue wave of stimulus and other spending. This comes at a time when the revenue base is eroding and the United States is no longer in a sound fiscal position. It is only a matter of time before the government scrambles to borrow effectively against a gaping deficit and mounting debt. In 2020 alone, the US government spent $3 trillion on pandemic relief while suffering a $2.1 trillion drop in national income due to crippling lockdowns in our most important states on the economic plan, many of which continue today. At the end of fiscal year 2020, total US public debt stood at $27 trillion, up 20% from 2019 and triple the amount before the financial crisis. The Fed absorbed much of this increase. Bond investors are understandably nervous.

Not surprisingly, the Fed has since adopted a pro-inflation stance. An unspoken goal is to erode the topsoil of the US debt mountain at the expense of Americans. Inflation is a hidden tax that will eat away at our purchasing power. Carmen Reinhart and Kenneth Rogoff remind us in This time it’s different that throughout history, “the principal means of defaulting on the obligations of government was…to depreciate the content of money. Modern money presses are just a technologically advanced and more efficient approach to achieving the same goal. They note that “public debt is…often the unifying problem across the wide spectrum of financial crises.”

Prices are now rising in inflation indicators such as industrial metals, energy and food commodities. The dollar has lost 85% of its purchasing power since 1970. While a majority of this can be attributed to the high inflation of the 1970s, even the so-called deflationary 21st century has seen the erosion of a third of the value of the dollar since 2000. .

Rising inflation expectations largely explain the vertiginous rise of equity markets in the face of a partially closed economy and sluggish growth. As lockdowns and travel restrictions ease, pent-up demand will put pressure on global supply chains and therefore on prices. We can expect a further acceleration in inflation this spring with the reopening of economies.

Where can we flourish, or at least hide, in this environment? US stock markets are grossly overvalued by any historical measure, but bonds and cash are both inflation danger zones. While conventional wisdom says to stay invested, now might be the time to take some chips off the table. Resist “FOMO”, the fear of missing out. If one is to stay invested, avoid the temptation of high-flying tech and growth stocks, which are the most overvalued, in favor of diversifying among recently exited dividend-paying value stocks and emerging markets. Inflation-sensitive commodity producers (food, metals and energy) should perform well going forward. Gold has a millennial history of serving as a store of value and a hedge against inflation, but pays no dividends along the way.

Similarly, Bitcoin does not yield any returns. Cryptocurrencies have no intrinsic value and, like fiat currencies, are worth whatever the market believes. When the euphoria wears off, they can be hit hard. Additionally, Bitcoin is an easily manipulated stacked game given the high concentration of whale ownership.

Pay attention to the gearing of investments, whether in securities or real estate. If markets crash, leverage will quickly eat away at remaining value. Look for hidden risk exposure (including inflation) in retirement accounts. Invest in sustainable assets uncorrelated to markets. Stay liquid to exploit the inevitable correction.

We need to increase the pressure on our elected officials to cut the pork and reopen our economies. Americans want to get back to work. So-called stimulus funding is not getting into the hands of those who need it most. Ultimately, it is the real economy, not financial markets, that drives growth and prosperity. This requires opening local businesses, rehiring workers and making investments in productive capital.

It’s not catastrophic. Since the problem is not a credit crisis in the banking sector and the underlying economy remains healthy (albeit weakened), post-correction recovery may occur faster and easier than after the crisis. financial. While persistent inflation can create a host of problems, it generally promotes full employment, and producers and consumers will adjust to a changing price environment. In the meantime, it might be better to stay liquid and wait for this one. As spring follows even the darkest winter, the opportune time will return.

Michael Wilkerson is Executive Vice President of Helios Fairfax Partners, an Africa-focused investment firm and author of Stormwall: Observations on America in Peril.