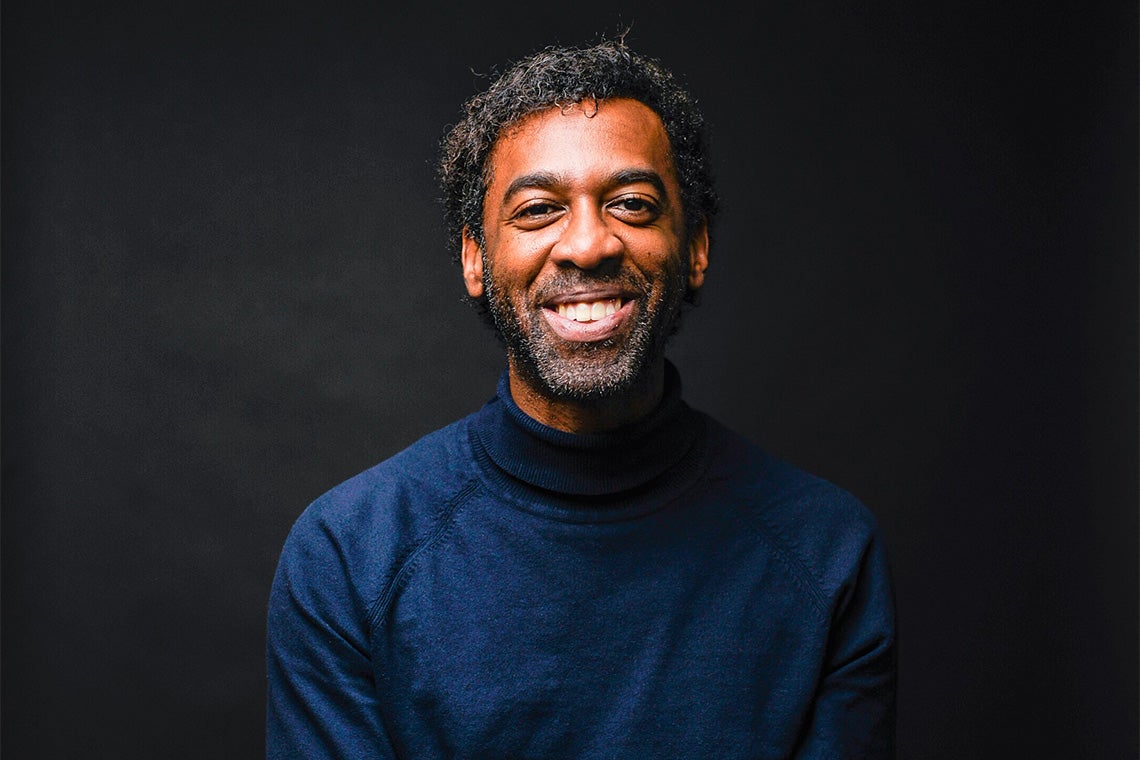 When Ian williams was in 6th grade, a teacher told him he shouldn’t try to play the French horn because the mouthpiece was too small for him. He understood that to mean his lips were too big for the horn.

Despite being only 11, Williams says he remembers the uncomfortable feeling vividly – an uncomfortable new realization that being black was somehow different from his classmates.

It would be the first of countless incidents when Williams was the victim of racism – often in the form of a small comment, gesture or glance. He says each of these events, which continue to this day, has an impact on how he moves through life, taking up precious mental and emotional space.

Williams, award-winning novelist and poet and associate professor in the English department of the Faculty of Arts and Sciences, sought to capture how these experiences shaped his life and state of mind in Disorientation: being black in the world, his most recent book.

This collection of essays was shortlisted for the Hilary Weston Writers’ Trust Prize for Nonfiction. The winner is expected to be announced on November 3 and will take home a prize of $ 60,000.

Some of the essays are analytical and theoretical, covering topics such as institutional whiteness, the culture of blame, and making tangible change when no one feels responsible for the systemic structures of the past.

But most of them are personal essays that retrace Williams’ journey around the world and the different receptions of his body and his presence.

“I suggest that when black people recognize or are made aware that they are black, it is a deeply disorienting experience,” says Williams, who previously won the 2019 Scotiabank Giller Prize for her novel. the reproduction.

Disorientation was born out of a difficult summer in 2020 that included massive wildfires around Vancouver, where Williams lived at the time, a constant stream of racial violence and justice movements occurring south of the border – as well as the global COVID-19 pandemic.

â€œAll of these things going on in the world, it was apocalyptic,â€ he says.

Amid this constant barrage of bad news, Williams felt compelled to share his experiences of being black. Additionally, with so much attention paid to racial tensions in the United States, Williams wanted to offer his perspective on racism in Canada.

â€œAll this media about the murders, the shootings, the ‘Karens’ – all this analysis was coming from America,â€ he says. â€œAs Canadians, we tend not to center the discussion on the Canadian landscape.

â€œWhat is race and racism like in a middle-class suburban landscape with no flying bullets, no strangles? What are the tiny indignities that black people face that multiply and accumulate over time in Canada? If we can identify them, maybe we can start to process them. ”

These smaller-scale incidents never make the news, but they are no less damaging and impactful, says Williams, who recalls hurtful events from every chapter of his life.

â€œIt’s like walking into the department store at 16 and the attendant looks at you suspiciously because of who you are,â€ he says. â€œAnd it happens in the elevators, in the hallways – it happens everywhere. ”

What is not visible, he adds, is the constant mental assessment and handling of situations – an endless scan of the environment.

â€œYou always get information on whether or not you are welcome,â€ says Williams. “Can I actually stay in this cafe today?” Because last week I couldn’t.

â€œThere are all these little negotiations that happen all the time. And it’s never just one event. It is the whole story that we carry with us of these constantly changing moments. Every time one of them happens we get a slap in the face.

Such incidents continue to be a part of Williams’ daily life.

â€œI was playing tennis in Vancouver a few days ago,â€ says Williams. “And the people on the next court only spoke to my white tennis partner.”

Several times when their ball rolled onto the adjacent field, Williams says he raised his racket and motioned to her, politely asking to retrieve the ball. They pretended he didn’t exist.

“Now you can say, no big deal, right? And at that point, it would be difficult for me to prove that this is a particularly racist event. These are the kinds of things that we don’t want to talk about as racist activity because they’re so small, but that’s what racism looks like in Canada.

The mental strain it takes to recover from these constant reminders of his breed is grueling, says Williams. â€œAs other people go from interaction to interaction, we have to do this processing and figure out what went wrong,â€ he says.

â€œSo many of my black friends are exhausted in a way that is unrelated to their job or anything. It’s just related to being Black in the world and trying to understand themselves and protect themselves and their loved ones from these constant impositions. If this happened to you every week, it would exhaust you. ”

Despite the obvious challenges and injustices, Williams insists Disorientation is not to blame or point fingers.

â€œI want to create a space for conversation for us to talk about race in Canada in a non-punitive or didactic way, but just open, transparent and sincere,â€ he says. â€œI’m not the running guru, I’m not the dark expert. I just want to highlight our racial experiences and make readers understand what we do to each other and what systemic things do to all of us. ”

And to achieve this, he felt that non-fiction was the right choice.

â€œThere are many ways to talk about race, I can code it into a character, I can create hypothetical situations, create poetry. And I did. But just for a moment in my career, I wanted to take a break from the imaginative and just deal with the real. ”